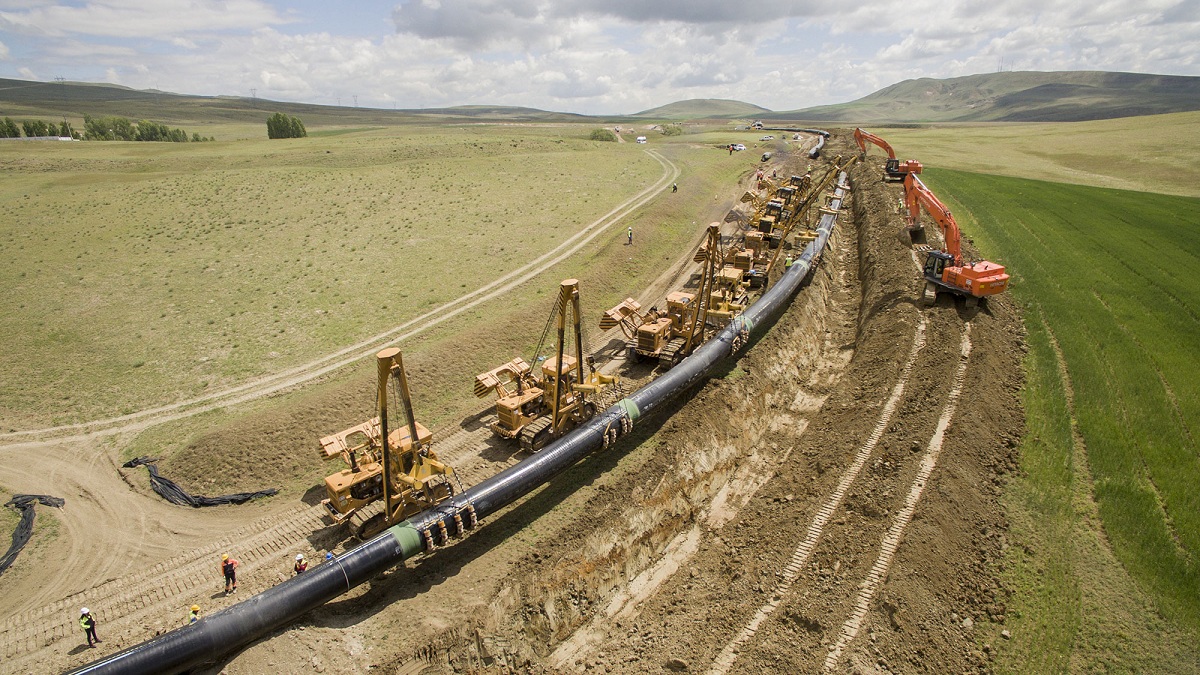 The corridor, expected to cost a total of $45 billion once complete, will stretch over 3,500 km (2,175 mi) and run through seven countries in the South Caucasus and southern Europe, carrying natural gas from Azerbaijan’s reserves deep beneath the Caspian Sea to Europe / BP

The United States government is backing European efforts to diversify the continent’s energy mix, as it looks for reliable energy-rich partners beyond Russia. At the Southern Gas Corridor Advisory Council’s fourth ministerial meeting held in Baku on Thursday, Washington’s support has been voiced for the mega-pipeline project that is expected to go online by 2020.

"We have always supported Europe's efforts to ensure energy security,” Acting Special Envoy and Coordinator for International Energy Affairs at the State Department Sue Saarnio said Thursday at the press conference held in Baku, according to Trend news agency. Saarnio was in Azerbaijan’s capital to participate in the Southern Gas Corridor Advisory Council’s fourth ministerial meeting.

“Europe's efforts to diversify energy supplies are critical to ensuring the existence of a strong Europe,” Saarnio said. “A strong Europe is a good partner for the U.S. in dealing with the challenges that we face.”

Saarnio’s remarks echoed words from U.S. President Donald Trump in a letter he had sent to address participants of the International Caspian Oil & Gas Exhibition and Conference in Baku, in May 2017. Trump’s letter read, “The U.S. remains strongly committed to the Southern Gas Corridor [project], and welcomes the efforts of Azerbaijan and its international partners to complete it.”

The European Union and its 28 member countries are increasingly looking to move beyond their usual partnership with Russia, which has been a major supplier to the continent for decades but is not viewed favorably after price disputes with Ukraine in 2007 shook European confidence. European leaders want to have access to at least three different energy sources at any given time, especially with Europe’s reliance on foreign energy reserves on the rise.

Energy supplies from outside Europe’s borders grew to 54 percent in 2015 as compared to 53 percent in 2014, and 40 percent in 1990, according to data compiled in 2017 by the European Union’s statistical office, Eurostat. Net imports have never dipped below 50 percent since 2004.

“At present, we buy most of the energy resources from Russia, Norway, and Algeria. But, of course, we want to diversify, and we prefer a true diversity,” European Commission Vice-President for Energy Union Maros Sefcovic said at Thursday’s meeting, according to a press release on the official website of Azerbaijan’s president.

Sixty-nine percent of the energy consumed by Europeans comes from natural gas, according to Eurostat.

“We prefer new sources, new partners, new routes. Therefore, we rely on supplies that will come in the future from the Caspian region and Azerbaijan [and] the Southern Gas Corridor will play a very important role [in this regard]. This is the first pipeline to transport gas from the new area, an energy-rich region of strategic significance,” Sefcovic said.

The corridor, expected to cost a total of $45 billion once complete, will stretch over 3,500 km (2,175 mi) and run through seven countries in the South Caucasus and southern Europe, carrying natural gas from Azerbaijan’s reserves deep beneath the Caspian Sea to Europe.

TANAP transitions into TAP in Greece, traverses through Albania and underneath the Adriatic Sea, before emerging in southern Italy and connecting to Europe’s energy grid to bring the remaining 10 bcm to ten million households in the EU.