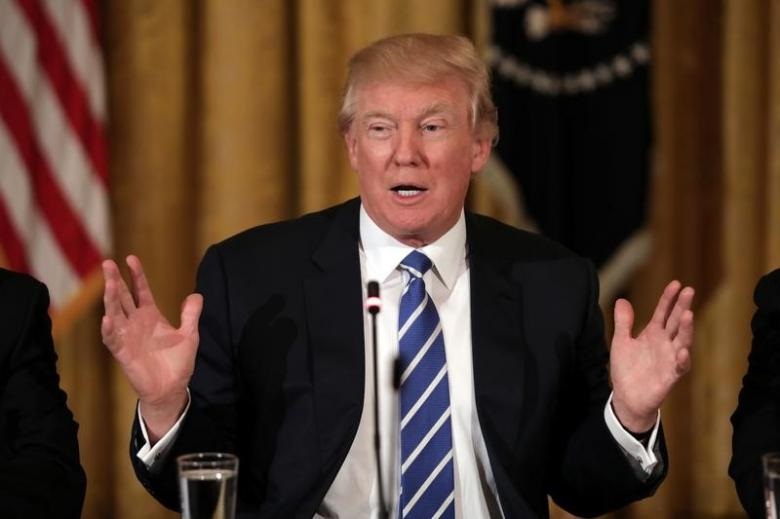 US President Donald Trump has voiced America’s support for developing energy resources in the Caspian region, and within Azerbaijan specifically, issuing a letter to participants at the twenty-fourth International Caspian Oil & Gas Exhibition and Conference, being held this week in Baku.

“The US remains strongly committed to the Southern Gas Corridor [project], and welcomes the efforts of Azerbaijan and its international partners to complete it,” US Deputy Assistant Secretary of State for Energy Diplomacy Robin Dunnigan said at the meeting’s opening, reading Trump’s message.

Over 285 companies from over 30 countries are attending the four-day event, which runs from May 31 through June 3 and is organized by exhibition and conference organizers Iteca Caspian and ITE Group.

The Southern Gas Corridor, with a total investment of nearly $45 billion, is planned to deliver Caspian gas to various European markets and consumers, and is comprised of three pipelines that together stretch over 3,500 kilometers and span six countries. The three pipelines, stretching over 3,500 kilometers, are the South Caucasus Pipeline (Azerbaijan, Georgia), the Trans Anatolian Pipeline (TANAP; Turkey) and the Trans Adriatic Pipeline (TAP; Greece, Albania and Italy). To date, 70 percent of TANAP and 42 percent of the TAP project has been implemented.

“The oil and gas projects of Azerbaijan are the foundation of security, stability and development in the region,” said Azerbaijan’s President Ilham Aliyev, addressing the opening ceremony on Wednesday. “These projects have a significant impact on relations among countries. These pipelines are our greatest wealth,” Aliyev added, noting that Azerbaijan's proven gas reserves stand at 2.6 trillion cubic meters.

At a meeting in Vienna on May 25, OPEC and 11 non-OPEC countries agreed to extend an oil output cut that was first reached in December and scheduled to last through June. Under the new agreement production cuts will be extended for an additional nine months, and help realize the goal of driving up the global price of crude, which has plummeted well below $100 per barrel since 2014.

“Azerbaijan is interested in high oil prices, therefore it is interested in the reduction of oil production,” said Vugar Bayramov, head of the Center for Economic and Social Development in Baku.

Azerbaijan, while not an OPEC member, is party to the agreement and has agreed to cut output by 35,000 barrels per day, or about 6.3 percent of the total cuts agreed to by non-OPEC members.

“I value the partnership the US and Azerbaijan have built together over the last quarter of the century and look forward to its continued growth,” Trump noted in his letter, adding, “I support and encourage Azerbaijan’s efforts to diversify its economy and look forward to exploring other areas of cooperation to the benefits of both our people.”