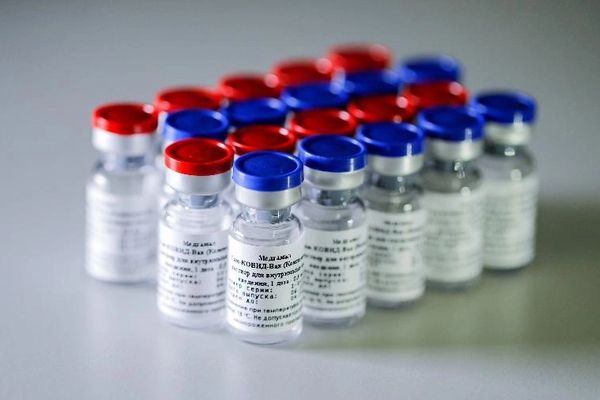 Russian President Vladimir Putin announced that the fourth homegrown vaccine against coronavirus infection, dubbed “Sputnik Light,” will soon be rolled out in Russia.

“We were able to create our own three effective vaccines against coronavirus infection quickly,” President Putin said on Tuesday while addressing the ceremony to receive credentials from newly appointed foreign ambassadors.

“The fourth [vaccine] will soon be rolled out,” the president added. He, however, did not reveal further details.

In early May, Russia’s Health Ministry gave the green light to Sputnik Light, which demonstrated 79.4% efficacy. However, the single-dose vaccine has not yet been approved by the European Medicines Agency (EMA) or the United States Food and Drug Administration (FDA). The third phase of the clinical trial of the Russian-made one-dose jab involving 7,000 people is now taking place in Russia, the United Arab Emirates, Ghana, and other countries, with the interim results expected in May.

In his address to foreign ambassadors on Tuesday, President Putin also mentioned that immunization of the Russian population is gaining stream. A country of almost 146 million people, Russia rolled out its vaccination campaign last December using its first coronavirus vaccine, “Sputnik V,” named after the first artificial satellite launched into the Earth’s orbit in 1957. As of May 18, nearly 9.9 million Russians received both doses of Sputnik V.

Meanwhile, Russia’s Sputnik V vaccine will remain the primary version used in Russia. Its slimmed version is supposed for export as an effective temporary solution for many countries experiencing very high death tolls caused by the novel coronavirus.

Despite a wave of skepticism towards Russia’s first vaccine over its incomplete clinical trials, the Russian-made jab showed an impressive 92 percent efficacy, according to late-stage trial results published in the prestigious Lancet medical journal. Although the EMA is currently reviewing its effectiveness, Russia’s first homegrown vaccine is gaining increasing acceptance in Europe.

Sputnik V has already won plaudits from the head of Germany’s standing commission on vaccination. Additionally, Bavarian Prime Minister Markus Söder has announced a preliminary purchase order for 2.5 million doses of Sputnik V to be produced in Bavaria. Chancellor Angela Merkel said in March there were “good data” on Sputnik V and that all vaccines were welcome once they receive the green light.

As part of his Tuesday speech, Putin also reaffirmed Russia’s interest in cooperating with foreign partners to fight against the pandemic.

Despite heightened tensions between Europe and Russia, Chancellor Merkel and French President Emmanuel Macron have discussed joint production of Sputnik V with President Putin. So far, over fifty countries worldwide have ordered the Russian-made vaccine, while 65 countries with a total population of over 3.2 billion people have authorized the two-dose shot.