RUSADA’s Reinstatement Bothers Some, But Makes Sense To Others 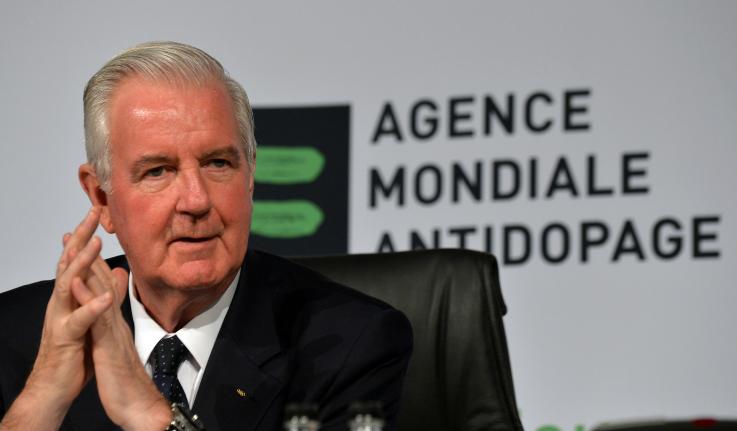 The fallout from the Russian doping scandal, which broke in 2015, is still making headlines.

Speaking on the sidelines of the SportAccord World Sport & Business Summit in Australia, World Anti-Doping Agency (WADA) president Sir Craig Reedie said that the opponents of the decision to reinstate the Russian Anti-Doping Agency, known as RUSADA, are born out of politics.

“I must say that certain national anti-doping agencies were thinking entirely on a political basis and not on a practical basis,” RIA Novosti quoted Reedie as saying on May 5.

Reedie, who is due to step down in November after six years as WADA president, says the organization handled the Russia case properly, rather than bowing to pressure from certain national anti-doping agencies.

“We live in a political world and they are entitled to their views but my view, as president of the organization, is to see through the logic, sensible and legal way of doing this,” the WADA Reedie said.

A three-year suspension of RUSADA over multiple allegations of systematic doping by Russian athletes ended with WADA’s decision in September to reinstate RUSADA, in exchange for handing over records from its testing database, including raw data on the results of doping tests of Russian athletes. The deal with Russian authorities raised a fierce disagreement from dozens of national anti-doping organizations and athletes around the world.

Defending WADA’s handling of the Russian doping scandal, Reedie emphasized that RUSADA has made “very substantial progress” in the process of ensuring Russia comes into compliance with anti-doping regulations.

“Look at the situation that has existed over the past 18 months to two years - the biggest political stand-off there has been for years,” Reedie said, calling the saga “the biggest doping crisis in the history of sport” during his speech in Queensland last weekend. “Diplomats are being dismissed, people are being hacked, in my country people were poisoned. WADA is just about the only organization that has actually brought Russia to do what we wanted them to do. They are now behaving extremely well.”

In January RUSADA was in jeopardy of losing its compliance status once more when it missed the December 31 deadline to provide full access to its laboratory and data within the terms of the reinstatement agreement that had been reached four months earlier. As many as 16 national anti-doping organizations and WADA's athlete committee promptly called for Russia to be suspended from WADA.

But later last month the global watchdog confirmed that a five-person team had retrieved more than 2,200 samples from RUSADA’s laboratory in Moscow.

“These samples will be used to strengthen cases against those who may have cheated and may exonerate athletes who have not committed an anti-doping rule violation,” read a statement by WADA.

In 2015, the RUSADA had lost its license following a scandal over allegations of systematic doping by Russian athletes, which were discovered following investigations into the 2014 Olympic Winter Games in Sochi. Although Russia repeatedly denied any cheating, Russian athletes suspected of rigging their games were suspended from competitions.

Over 60 Russian athletes were banned from the 2016 Summer Olympics in Rio de Janeiro. In addition, Russia was the only country whose athletes were competing under the neutral Olympic flag at the winter games held in Pyeongchang, South Korea, last year.