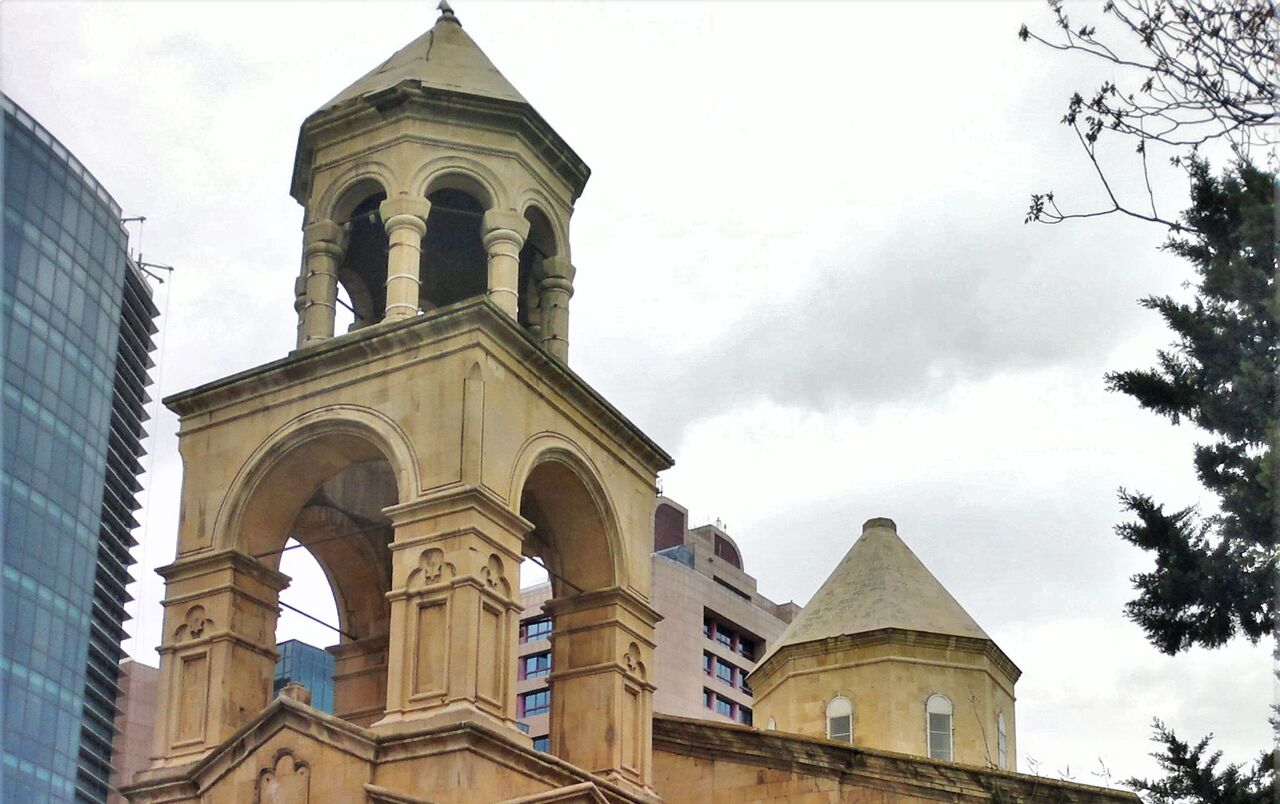 Armenian Saint Gregory the Illuminator Church in the center of Baku has been preserved for 151 years since its construction in 1871 / CC BY-SA 3.0 / Interfase

The leaders of the religious confessions in Azerbaijan criticized the European Parliament’s recent resolution, which accuses Azerbaijan of allegedly destroying cultural heritage on its territories, describing allegations as “untrue, defamatory, and completely unacceptable.”

The Muslim, Russian Orthodox, Mountain Jews, Alban-Udi, and European Jews communities of Azerbaijan issued a joint statement on Tuesday in which they criticized the recent anti-Azerbaijan resolution of the European Parliament.

The resolution blames the country for the alleged “destruction of the cultural heritage” in the Karabakh region of Azerbaijan.

“Historical and religious monuments in Azerbaijan, regardless of their belonging, are protected by the Azerbaijani state,” the heads of confessions noted.

“Azerbaijan is committed to the traditions of multiculturalism, regards this policy as a priority and has contributed to the restoration of historical and religious monuments not only in Azerbaijan but also in other regions of the world.”

At the same time, the document’s authors accused Armenia of deliberate destruction of cultural heritage during the occupation of Azerbaijani lands.

“During almost 30 year-occupation of Azerbaijan’s territories by Armenia, mosques and other temples, cemeteries, historical monuments, museums, libraries were looted and destroyed, the temples of ancient Caucasian Albania and Orthodox churches were Armenized, animals were kept in mosques,” the statement authors reminded.

The joint statement also stressed that Armenia destroyed the historical Azerbaijani religious monuments on its territory, including the Iravani Shah Abbas, Sardar, Haji Novruz Ali mosques, and other examples of cultural-spiritual heritage.

The heads of the religious confessions of Azerbaijan called to give a political-legal assessment of the crimes committed by Armenia and cancel the biased resolution issued by European Parliament.

Shortly after restoring the territorial integrity in 2020, the Azerbaijani authorities drafted several action plans to rehabilitate historical, cultural, and religious monuments in the liberated lands. Almost all monuments in Azerbaijan’s Karabakh region suffered from Armenian vandalism during the nearly 30-year-long illegal Armenian occupation, and the Christian temples and churches are not an exception.

An ancient Albanian temple in the Hunarli village of the Khojavand district, the White Cross temple near the Hadrut settlement, and the Blessed Virgin Mary Church, also located in the Khojavand district, were desecrated and deliberately refashioned as “Armenian churches.” Armenians almost completely destroyed a Russian Orthodox church in Khojavand during the decades of occupation. The Gazanchi church in the city of Shusha and the Albanian temples such as the Beshikdagh church in the Aghdam district, the Ganjasar and Khudavang monastery complexes in Kalbajar, the Aghoghlan temple in Lachin, the Holy Elysee temple complex in Aghdara, and some other monuments of the Albanian heritage have also been exposed to cultural vandalism and “Armenianization” policy conducted by Armenians during the decades of illegal occupation.

Azerbaijan’s Culture Ministry inscribed all Christian monuments in the Karabakh region in the list of monuments of national importance and supported the state-run campaign to restore the religious heritage in the liberated lands.

The Gazanchi Church in the liberated city of Shusha can be listed as one of the buildings being restored as an example of the Christian heritage of Azerbaijan. The restoration blueprint of the church was developed based on its original architectural image. Another example is the St. John the Baptist Russian Orthodox church in Shusha, which is also set to regain its historical appearance altered by Armenians. During the illegal Armenian occupation, the original dome-shaped roof of the temple, which is typical of Russian architecture, was replaced with a conical dome to remodel the building as an “Armenian church.”

Azerbaijan has been rehabilitating the monuments of the Christian heritage in the Karabakh region, which are the legacy of Caucasian Albania, an ancient Azerbaijani state, and the Russian Orthodoxy, unambiguously rejecting any statement claiming it to belong to the Armenian Gregorian Church.

According to data compiled by the Azerbaijani government, prior to the occupation of the Karabakh region by Armenia, there were 128 Albanian temples and monasteries and three Orthodox temples.