Krasnoyarsk Prepares For More Than 3,000 Athletes 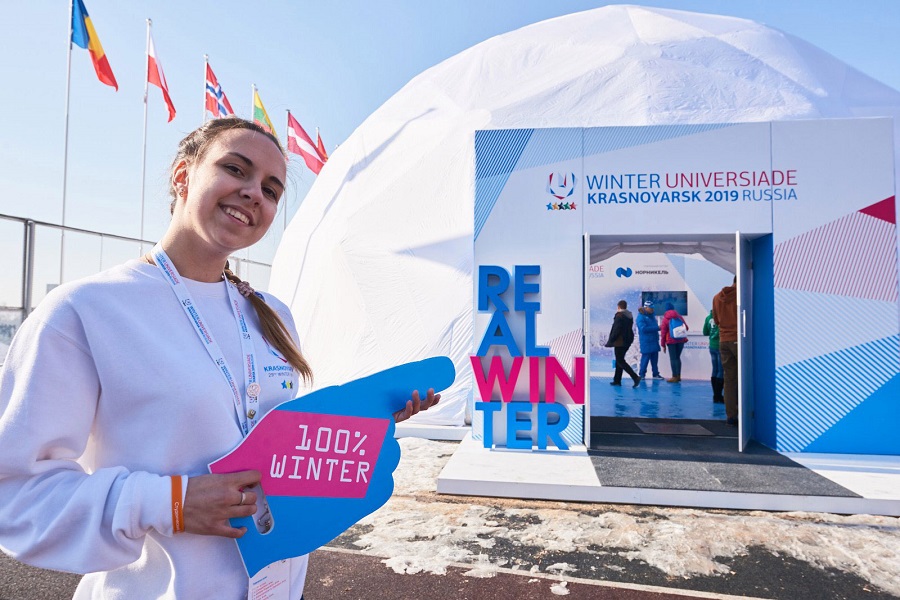 According to the Executive Directorate of the 2019 Winter Universiade, the competitions are a sellout: nearly 110,000 tickets have been sold. / FISU

Siberia’s third largest city is gearing up for something it’s never seen before — hordes of foreign visitors who will attend the upcoming Winter Universiade.

Krasnoyarsk, located on the Yenisei River, has been preparing for what is a major sports event as the site for ice sports since the city won the bid in 2013. To accommodate the thousands expected for Winter Universiade, which starts on March 2, the city upgraded its highways and launched a new airport terminal and dozens of stadiums.

“We have fulfilled all the requirements set by the International University Sports Federation to organize these competitions,” said Olga Golodets, Russia’s Deputy Prime Minister, according to reports by TASS.

“We made 34 facilities ready for the Universiade – 33 facilities have been commissioned and tested as of today,” she added.

This year’s event will bring together more than 3,000 athletes representing nearly 60 countries, who will compete for 76 sets of medals in 11 athletic disciplines, including Alpine skiing, Bandy, Biathlon, Cross-Country Skiing, Curling, Figure skating, Freestyle skiing and Ice hockey. The opening ceremony will be held on March 2 at the Platinum Arena Krasnoyarsk, while the games will run through March 12.

According to the Executive Directorate of the 2019 Winter Universiade, the competitions are a sellout: nearly 110,000 tickets have been sold. Along with Russians, residents of Canada, the United States, Germany, Korea, China, the Netherlands and Norway have already bought tickets.

“There are the most top-level events, for example, ice hockey, the finals of ball hockey, figure skating, everything related to snowboarding, and freestyle have already run out of tickets,” Maxim Urazov, who heads the Executive Directorate, told Channel One Russia.

Meanwhile, the major event in Krasnoyarsk will be held amidst deep divisions between the international athletic community and Russia’s anti-doping agency known as RUSADA. Because RUSADA missed the deadline to hand over access to laboratory doping data, Russian athletes may be suspended from global athletic competitions.

To carry out the anti-doping program in Krasnoyarsk, FISU and the Independent Anti-Doping Testing Agency (ITA) have signed a cooperation agreement. ITA will ensure the availability of the necessary equipment and will organize the work on sampling in the run-up and during the competitions.

Prior to the competitions, ITA will send two doping control experts to Krasnoyarsk. In addition, the agency will train personnel involved in the collection of samples and 16 doping control inspectors responsible for testing.