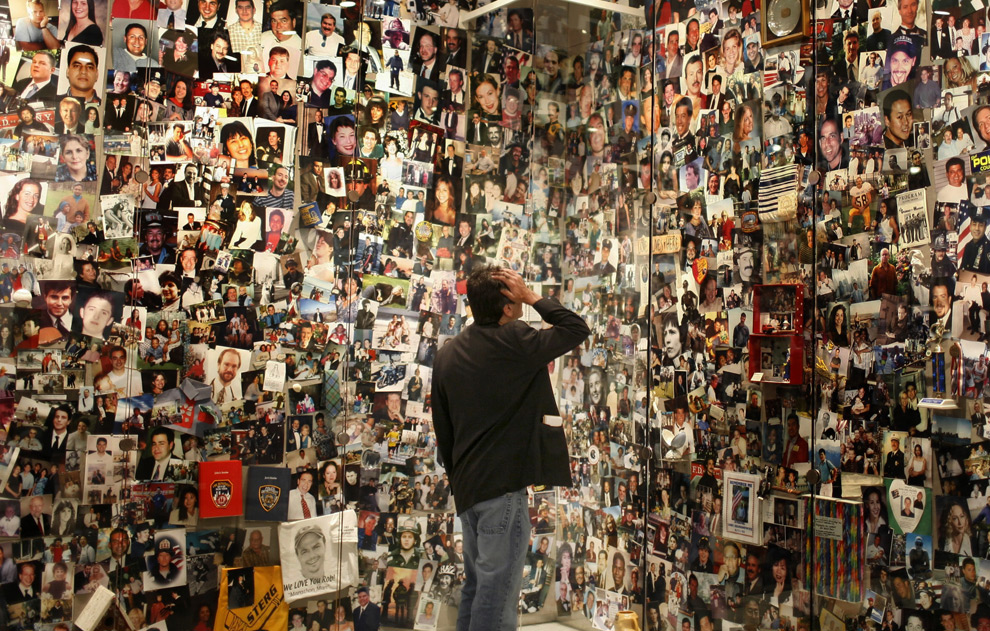 It has been 20 years since nineteen terrorists from Al-Qaeda hijacked commercial planes and essentially turned them into bombs, killing almost 3,000 people in New York, Virginia, and Pennsylvania.

On September 11, 2001, the entire world witnessed how two planes were deliberately flown into the twin towers of the World Trade Center in New York City, and another one hit the Pentagon. The fourth airliner crashed in a field in Pennsylvania as the passengers foiled the hijackers before they could hit the country’s capital city.

Many countries widely condemned the horrific attacks, and the Caspian region states were no exception.

Vilayat Guliyev, who served as Azerbaijan’s Foreign Minister in 2001, said the country’s authorities immediately reacted to the 9/11 attacks.

“I thought that we had to react in any way to this global act of terrorism,” Guliyev told Caspian News.

On September 11, 2001, Azerbaijan’s then-president Heydar Aliyev issued an official statement condemning the 9/11 attacks and conveying Azerbaijan’s solidarity with the American people. The next day the president met with US Ambassador to Azerbaijan Ross Wilson, offering assistance in tracking down terrorists.

Later that year, President Heydar Aliyev paid a visit to the 9/11 memorial ceremony at the US embassy in Baku.

Azerbaijan was one of the first countries to join the global anti-terror coalition assembled by the US government. On October 7, 2001, President George W. Bush announced the Operation Enduring Freedom which marked the beginning of the war in Afghanistan. The operation targeted Al-Qaeda and the Taliban, which had been providing safe-haven to Al-Qaeda mastermind Osama bin Laden. Azerbaijan opened its airspace to the allied forces and assured its agencies would cooperate and provide information that would assist in American-led efforts.

Azerbaijan’s contributions to the US-led anti-terror campaign also included deploying a peacekeeping contingent in Afghanistan. Azerbaijani peacekeepers began serving there in November 2002, and by 2021 the contingent consisted of 120 servicemen. They left the country more than a week after the Taliban seized power on August 15, 2021.

Russian President Putin was the first foreign leader to speak directly to President Bush on September 11, 2001, to express his condolences and support for measures the American president might decide to take.

“Russia knows directly what terrorism means,” Putin said in a televised address after the September 11 attacks. “And because of this, we, more than anyone, understand the feelings of the American people. In the name of Russia, I want to say to the American people — we are with you.”

On September 24, the Russian government offered a five-point plan supporting the Global War on Terror, proclaimed by President Bush on September 20. Russia’s plan included providing humanitarian assistance, opening airspace to the US, and sharing intelligence, participating in international search and rescue efforts.

Alexey Martynov, the director of the International Institute of the Newly Established States, told Caspian News that President Putin opened all secret channels to assist the US intelligence agencies in searching and capturing those responsible for this horrible crime against innocent people.

“At the time, Russia considered the US an ally similar to the time of the Second World War, when the countries united to defeat the common enemy. Unfortunately, our simple-minded illusions quickly disappeared in a few years. In 2007, or just six years later, Putin made his Munich speech that was dubbed the start of a new Cold War,” he said.

After the 9/11 attacks, the US began to actively strengthen its military presence in Afghanistan, and this geopolitical move directly or indirectly began to influence the situation in Kazakhstan.

“At that time, Kazakhstan was the only Central Asian state to actively support military-political cooperation with the US and the only country in the region where the United States was heavily presented economically,” Dosym Satpayev, a Kazakhstani political analyst and director at the Almaty-based Risk Assessment Group, told Caspian News.

Kazakhstan and the US signed a Memorandum of Understanding to support the U.S.-led Operation Enduring Freedom in Afghanistan after the attacks. Kazakhstan subsequently allowed the US to fly over its airspace using air corridors and provided air navigation services.

“Kazakhstan actively supported the United States in its fight against terrorism in 2001,” Nazarbayev said in 2018 following a meeting with US President Donald Trump.

But not all relationships between Caspian countries and Washington have been positive since 2001.

In 2004, families of over 1,000 victims of the 9/11 attacks filed a class-action lawsuit against Iran. It accused Iran, the Islamic Revolutionary Guard Corps, and the Central Bank of the Islamic Republic of Iran of aiding the hijackers of the airplanes.

In March 2016, the US district court in New York issued a judgment demanding that the Iranian government pay more than $10.5 billion in damages to families of people killed on 9/11 and to a group of insurers.

Iran’s Foreign Ministry spokesman Hossein Jaberi Ansari had, at the time, described the court ruling as “unjust,” “ridiculous,” and “absurd.”