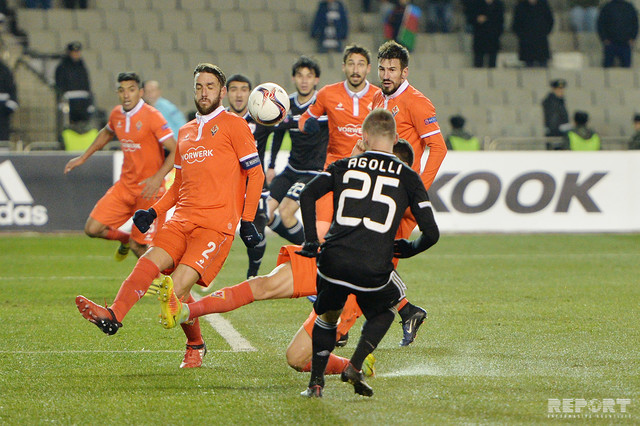 FC Qarabagh’s chance to lead the UEFA Europe League (EL) play-off round faded, as they the club lost to Italian Fiorentina at Tofig Bahramov stadium in Baku, on December 8.

The match ended in a 2-1 victory for Fiorentina placing them to the UEFA EL round of 32 as a Group J winner, while knocking out FC Qarabagh from the second major European club-level competition.

"It was an important game for us. We did our best to win despite the lost. I’m thanking to my players.”

FC Qarabag is the first football club in Azerbaijan’s history to win a place in UEFA EL group stage for a third consecutive time. The club is hailed as the country’s football flagman in Europe.