Caspian Sightseeing: 5 Places Not To Miss In Iran 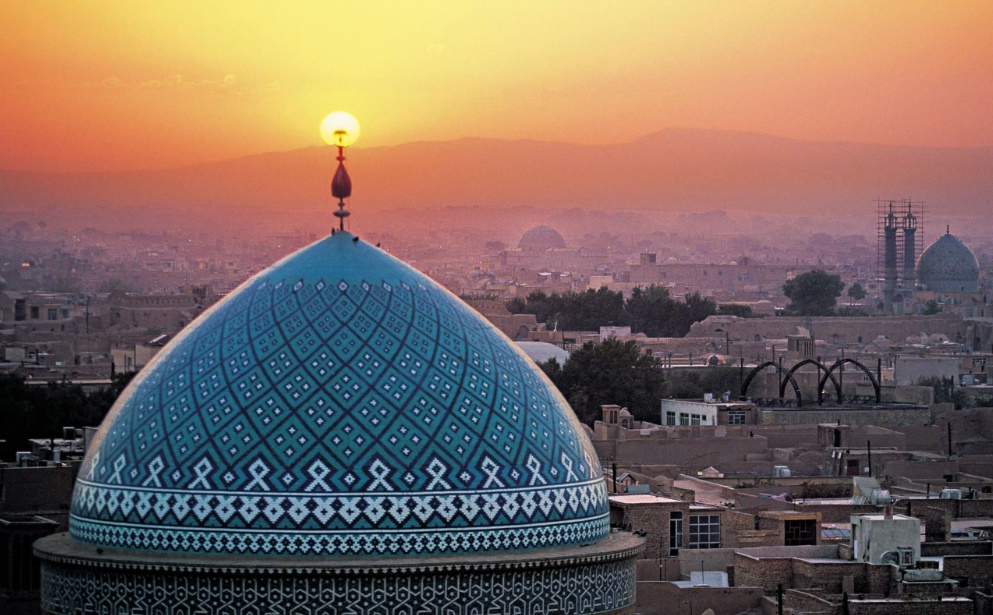 Get ready for ‘must see’ destinations in Iran with rich historical and cultural heritage, breathtaking natural landscapes, magnificent cuisine and exquisite art.

Looking to travel to someplace mysterious, misunderstood and beautiful?

Tourism is a steadily growing sector for Iran, which saw over six million travelers in the Iranian calendar year that ended in March. This figure was a 50 percent increase from the year before, according to official data and reported by CNN Money. An agreement struck between Iran and six world powers in July 2015, which resulted in nuclear-related sanctions against Iran being lifted, is largely responsible for the boom.

With a population of more than 80 million, the Caspian region’s second largest economy aims to attract 20 million tourists per year by 2025.

Getting a visa may be tough for Americans, but it’s still not impossible for them to visit Iran. Residents of many other countries are granted visas upon arrival at international airports and ports of call, and some nationalities are exempt from the visa requirement altogether.

To help you plan your next vacation, Caspian News has put together a list of ‘must see’ tourist destinations in Iran, a country with breathtaking natural landscapes, magnificent cuisine and exquisite art.

One great way to enjoy your vacation is to climb Mount Tochal, one of the peaks of the Alborz Range and adjacent to the metropolitan area of Iran’s capital city, Tehran. Activities provided in the complex of the same name include tennis, target archery, bungee jumping, skateboarding and paintball, as well as climbing. With a length of 7,500 meters (24,606 feet), Tochal Telecabin is considered one of the world’s longest gondola lift lines and is used for accessing ski resorts and other recreational centers based on the mountain. Once on top, you can enjoy a breathtaking view of Tehran from a height of almost 4 km (2.48 mi). 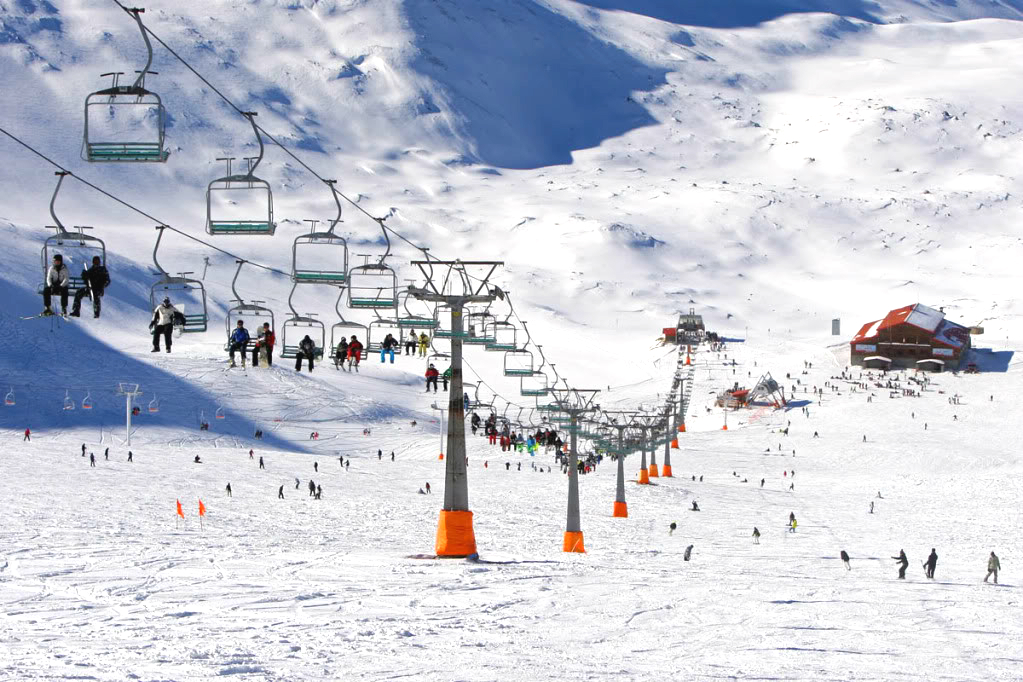 With a length of 7,500 meters (24,606 feet), Tochal Telecabin is considered one of the world’s longest gondola lift lines and is used for accessing ski resorts and other recreational centers.

While visiting Tehran try not to miss the imperial crown collection housed at the Treasury of National Jewels, which is better known as the Jewelry Museum. Numerous crowns, tiaras, aigrettes, bejeweled swords and shields, are featured as well as more unusual items such as a large golden globe with oceans made of emeralds. The items all once belonged to Iran’s monarchy, which was toppled during the Islamic Revolution that swept the country in 1979. In addition, you will find here one of the largest cut diamonds in the world – pale pink colored Daria-i-Noor, which means “Sea of light” in Persian. Housed inside Iran’s Central Bank, the museum is open to the public and has onsite tour guides. 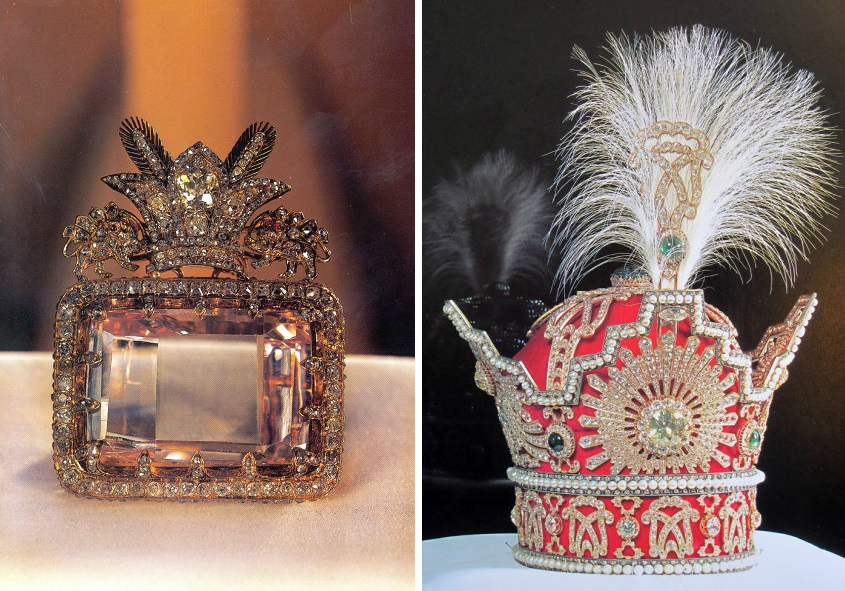 You will find here one of the largest cut diamonds in the world – pale pink colored Daria-i-Noor, which means “Sea of light” in Persian.

If you love shopping while on vacation, the Bazaar of Tabriz is the best place for it. This bazaar is considered one of the oldest in the Middle East and the largest in the world. Listed as a UNESCO World Heritage Site in 2010, the grand bazaar was first mentioned in the 4th century CE and has repeatedly suffered from numerous earthquakes. Shop-a-holics will find it difficult to resist the splendor of hand-woven rugs, famous worldwide for their quality and unique patterns. 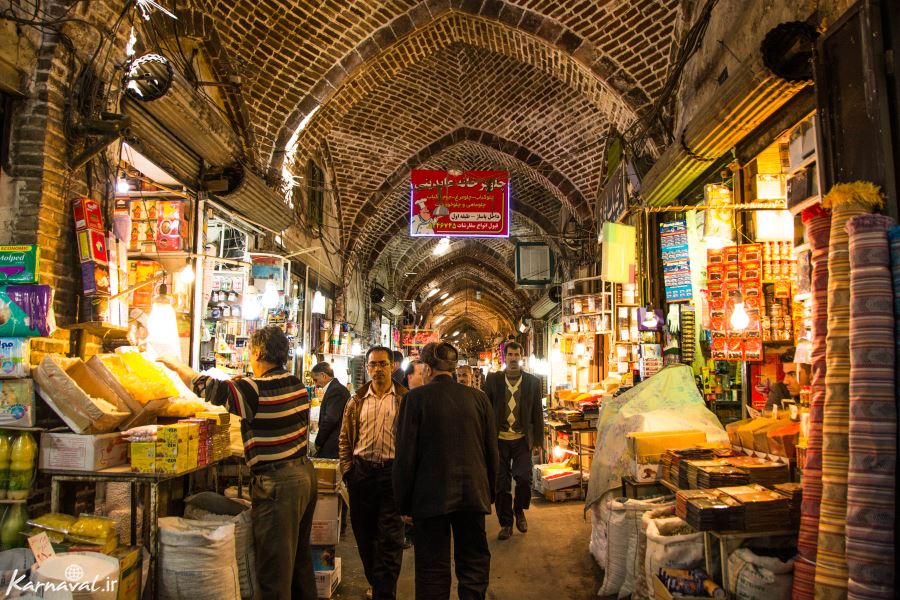 Tabriz Bazaar is considered one of the oldest in the Middle East and the largest in the world.

Once the ceremonial capital of the Achaemenid Empire, Persepolis is an open air museum and archaeological site to behold. The ruins of the ancient capital are located near Shiraz, in southwestern Iran. The Greek historian Plutarch wrote that “it took ten thousand pairs of mules and five thousand camels to carry away the other furniture and wealth there,” referring to the Alexander the Great, who conquered the city in 330 BC. 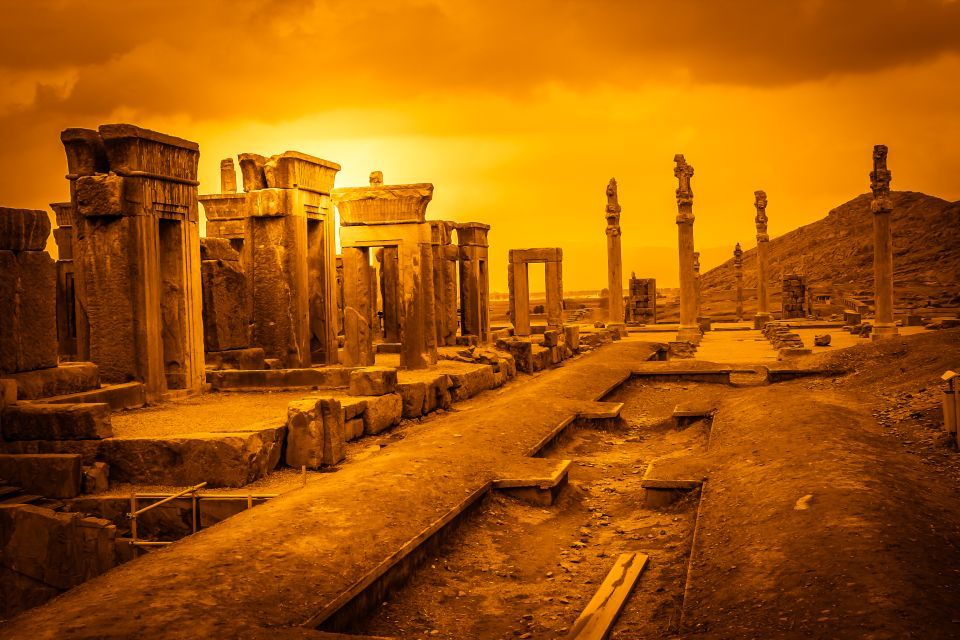 Once the ceremonial capital of the Achaemenid Empire, Persepolis is an open air museum and archaeological site to behold located near Shiraz, in southwestern Iran.

Often called the Pearl of the Persian Gulf, Kish Island is the third most-visited vacation destination in southwest Asia after Dubai in the United Arab Emirates and Sharm el-Sheikh in Egypt. Here you can sunbathe, swim in the Persian Gulf, and avail yourself of the many malls, shopping centers, tourist attractions and resort hotels. The island has free trade zone status and the island allows foreign nationals to come and go without obtaining a visa prior to arriving (valid travel permits are stamped for 14 days by airport authorities and Kish port police officials). 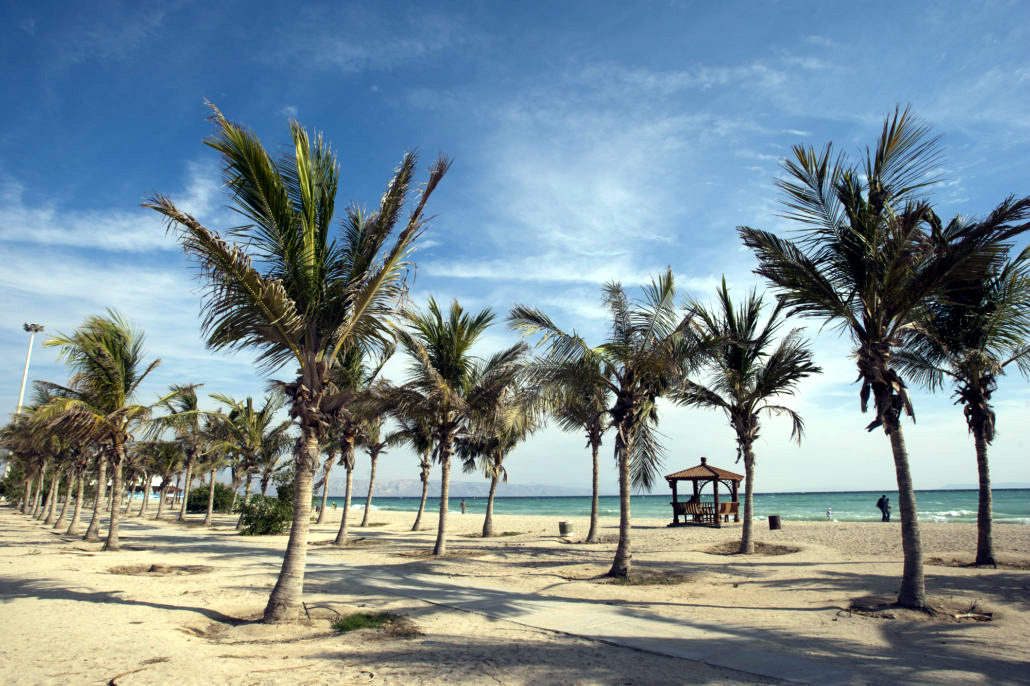