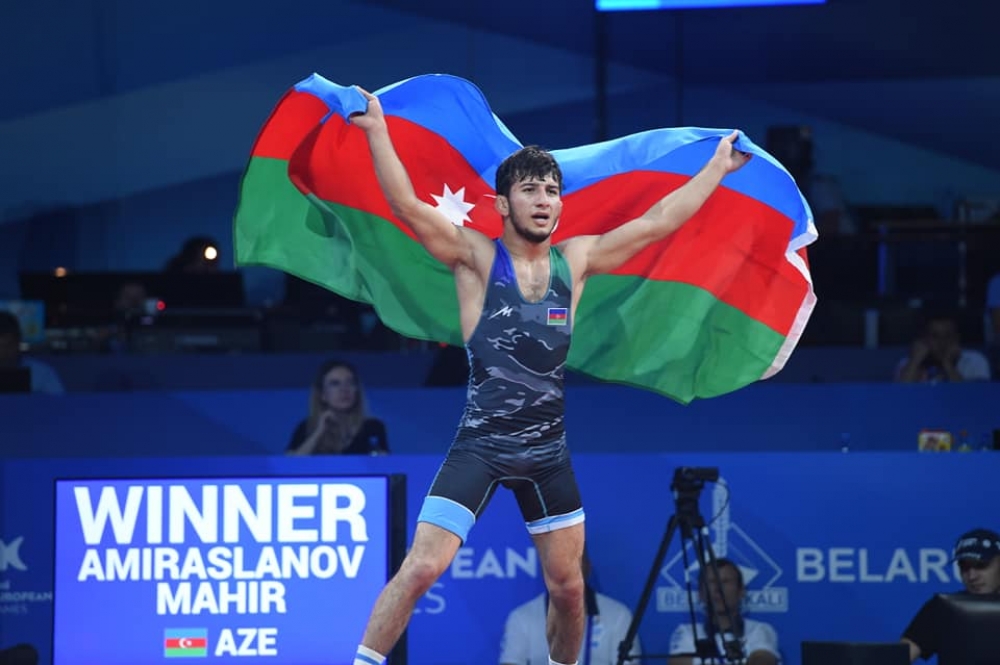 Freestyle wrestler Mahir Amiraslanov from Azerbaijan won a gold medal on Wednesday in the 2019 European Games that are underway in Minsk, Belarus. The 22-year-old athlete presented no chance to his Serbian rival Stevan Mićić in the final game of the men’s freestyle 57 kg weight category, bagging the gold in a 9-1 win.

Amiraslanov’s victory marks the first gold for an Azerbaijani athlete in what are the second European Games, and the third medal won by the Caspian country’s national freestyle wrestlers. Hajimurad Hajiyev and Jamaladdin Mahammadov claimed bronze medals in the 74 kg and 125 kg categories, respectively.

Azerbaijani athletes have thus far won 14 medals overall in this year’s games, which include Amiraslanov’s gold, four silver and nine bronze. Judokas, or judo athletes, took five medals, while sambo wrestlers – experts in a sport founded by the Soviet Union – and acrobatic gymnasts claimed three medals for each sport.

The games opened on June 21 and wrap up on July 1. Eighty-five athletes are representing Azerbaijan this year in 13 different sports, such as boxing, karate, wrestling, sambo, archery, shooting, cycling, gymnastics, badminton, among others.

Russia is currently leading in the medal count, with a total of 64 medals, including 29 gold. Belarus comes in at number two, with 46 overall. Georgia is third, with 22 medals.

The first European Games took place in Azerbaijan’s capital city of Baku from  June 12-28 in 2015. That was the first ever massive sporting event to gather 5,500 athletes from 50 countries across Europe.