Zenit Qualifies For UEL Round Of 16, Picks Villarreal as Next Rival 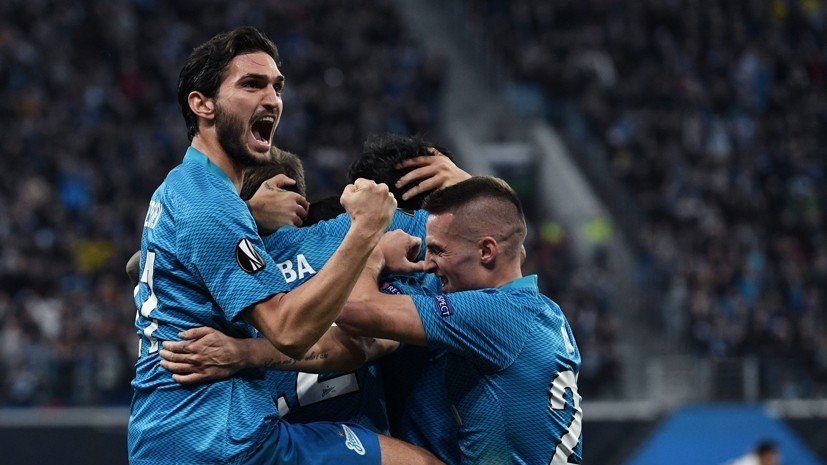 The Zenit football (soccer) team will continue representing Russia in the 2018/2019 season of the UEFA Europa League, thanks to a second-leg win over Turkey’s Fenerbahce on Thursday in a home game held in Saint Petersburg.

Zenit outpaced Fenerbahce 3-1 in the second game of the UEFA Europa League Round of 32. Despite a 0-1 loss against the Turkish team in the first leg held in Istanbul on February 12, Zenit qualified for the round of 16 with a 3-2 aggregate win.

Thursday’s game, with 50,488 fans in attendance, saw an early goal in the fourth minute by Zenit’s midfielder Magomed Ozdoev. Sardar Azmoun, an Iranian striker from the Russian club, found the back of the net in the 37th and 76th minutes, scoring the second and third goals for Zenit. Veteran midfielder Mehmet Topal scored the only goal for Fenerbahce before the halftime, in the 43rd minute.

With the win Zenit is included in the round of 16 draws for the 2018/2019 edition of the UEFA Europa League. The round of 16 draws that took place in Nyon, Switzerland on Friday picked Spanish Villarreal as the next playoff rival for the Russian club, nicknamed “the white-blues.”

The UEFA Europa League is recognized as Europe's second-best club-level tournament after the UEFA Champions League, which is considered the ultimate of its kind.

Zenit bagged the Europa League title in 2008 when the competition was still known as the UEFA Cup. The four-time winners of the Russian Premier League grabbed gold medals in the 2007-2008 season against Scotland’s Glasgow Ranger, with a 2-0 win at Manchester Stadium in England. In the same year, Zenit defeated the English giant Manchester United to win the UEFA Super Cup.

The final game of this year’s Europa League will be played at the 68,700-seat Olympic Stadium in the Caspian Sea coastal city of Baku in Azerbaijan.