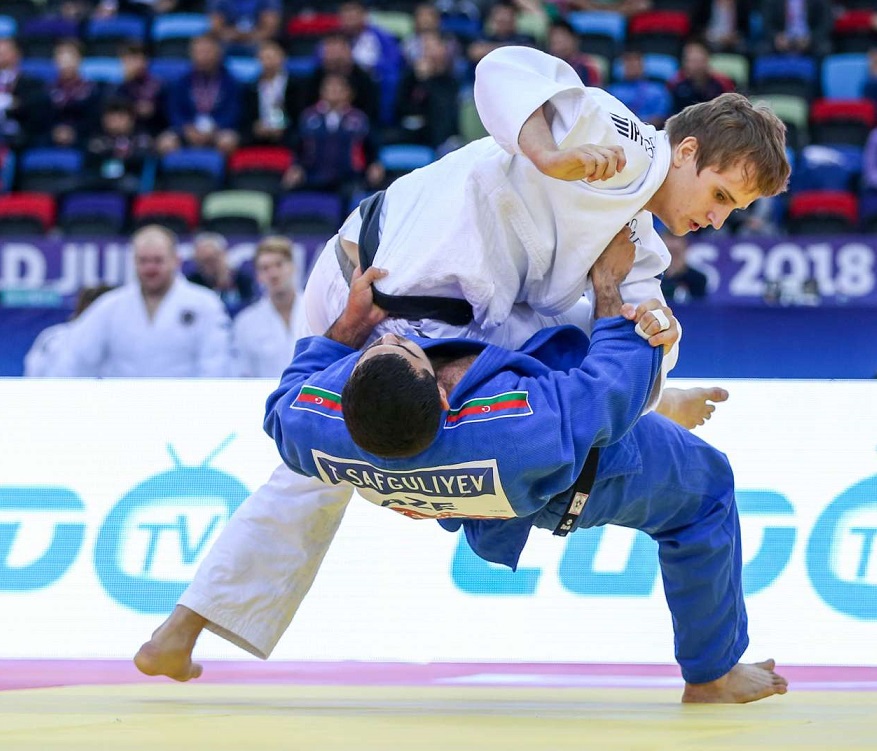 The International Judo Federation’s major tournament for the year wrapped up in Baku yesterday evening when Japanese athletes came out on top.

A total of 458 men and 297 women judokas from 124 countries across six continents came down on the mats for what was the 19th edition of the mixed judo championships, held at the National Gymnastics Arena in Baku. Tournament's last day saw presidents of Azerbaijan, Russia, and Mongolia among the spectators in the venue.

The Caspian region states of Azerbaijan, Iran, Kazakhstan, and Russia scooped up a total of nine medals in the Seniors segment. Iran’s Saeid Mollaei took gold in the Men’s 81-kilogram category. Silver was claimed by Mohammadi Mohammad, in the 73-kilogram category.

Robert Mshvidobadze from Russia won silver, and a bronze went to male judoka Niyaz Ilyasov in the 100 kilogram grouping. Russia’s Aleksandra Babintseva took a bronze for the 78-kilogram category.

Twenty million individuals across the globe are practicing judo today, making a combat sport that originated in Japan the world’s most popular of its kind.