With Total Collapse Of The Iran Nuclear Deal Looping, Tehran Pivots Towards China 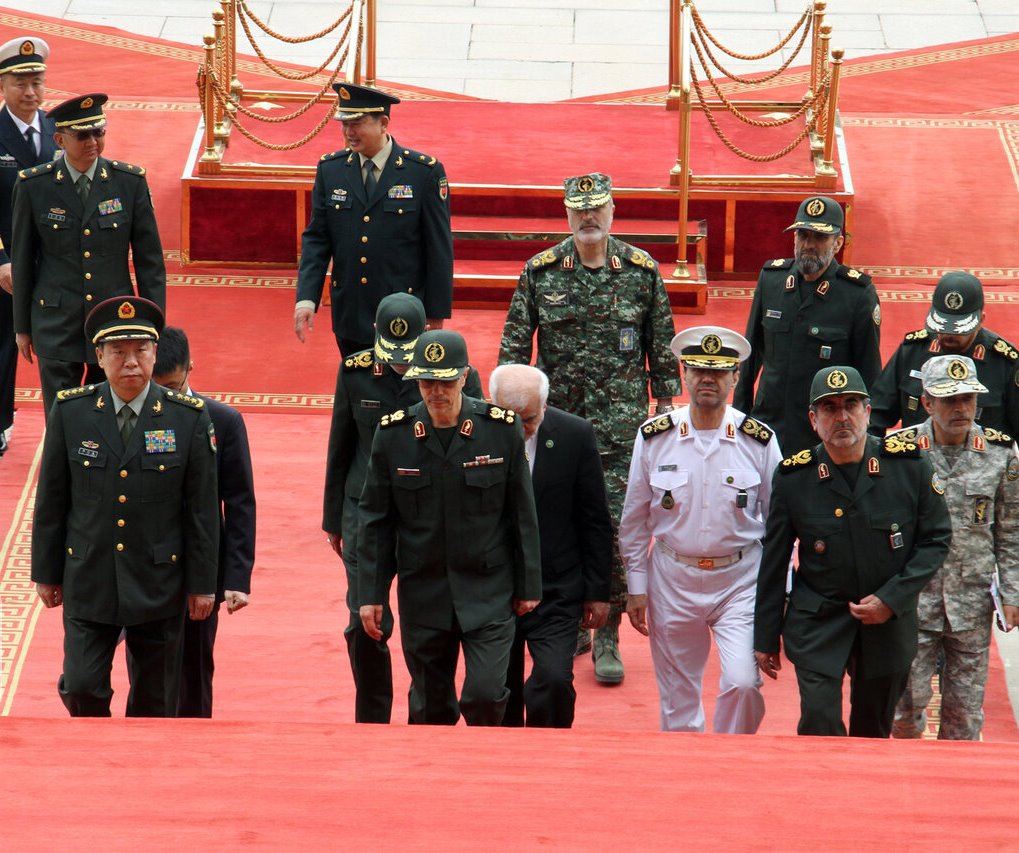 Alongside a growing economic partnership, Iran and China are said to be developing defense and military relations.

“Iran and China will witness significant development in their defense and military relations with the aim of promoting peace and stability and security for both nations,” the chief of staff of the Iranian Armed Forces, Major General Mohammad Hossein Bagheri, said during a visit to China this week, according to IRNA.

During his three-day trip, Bagheri met with high-ranking Chinese military officials to discuss the possibility of forming an Iran-China joint technical and industrial commission that will explore how the two sides might cooperate in research, production and joint work on defense products. Also on the agenda was a visit to China’s National Defense University where he met with students to discuss strategies and Iran’s stance on security and strategic defense issues. The two sides agreed to kick-start a university exchange program for students and professors.

“The commission, which will be attended by representatives of the two countries in Tehran in the near future, will discuss many issues such as educational and training issues, further exchanges of teachers and students, and the participation of a Chinese fleet in the joint trilateral Iranian, Chinese and Russian naval exercises in the Sea of Oman,” Bagheri said.

Iran is currently under the harsh sanctions imposed by the Trump administration and facing a total collapse of the Joint Comprehensive Plan of Action (JCPOA), better known as the Iran nuclear deal, to which several European countries plus China and Russia are parties. Iran’s recent engagement with China – which has had icy relations with Washington over what have been termed “trade wars” – might be an attempt at exploring other avenues for making allies finding access to capital.

China has already openly breached U.S. economic sanctions on Iran by continuing to buy Iranian oil, amongst other things. Some experts even predict a wholesale Chinese bailout to rescue Iran.

China is a leading investor in the Iranian market. About 100 major Chinese companies invest in Iran’s key economic sectors, especially energy and transportation. The China National Nuclear Corporation, for example, is redesigning Iran’s Arak IR-40 heavy water nuclear reactor to address nonproliferation requirements as part of the JCPOA, which was brokered under the Obama administration in 2015 and dumped by Trump in May 2018.

During Iranian Foreign Minister Javad Zarif’s visit to China in late August, Tehran and Beijing updated and amended a 25-year deal signed in 2016 that foresees $400 billion of Chinese investment, called the China-Iran Comprehensive Strategic Partnership, and added new items to it.

Under that agreement, China is committed to invest $280 billion in Iran’s oil, gas and petrochemical industries, along with $120 billion in road and rail projects, over a 25-year period in five-year installments.

In exchange, Chinese companies will have first right of refusals to bid, “on any new, stalled or uncompleted oil and gas field developments. Chinese firms will also have first refusal right on opportunities to become involved with any petrochemical projects,” according to Iran Daily.

Reports also suggest that the Chinese may look into stationing up to 5,000 security personnel on the ground to protect their investments and projects. Some say that the deployment of Chinese military assets abroad is an inevitable eventuality, as the Asian giant increasingly sees itself as an equitable power with the United States and steadily builds both economic and military capacity to counter American supremacy in Asia.