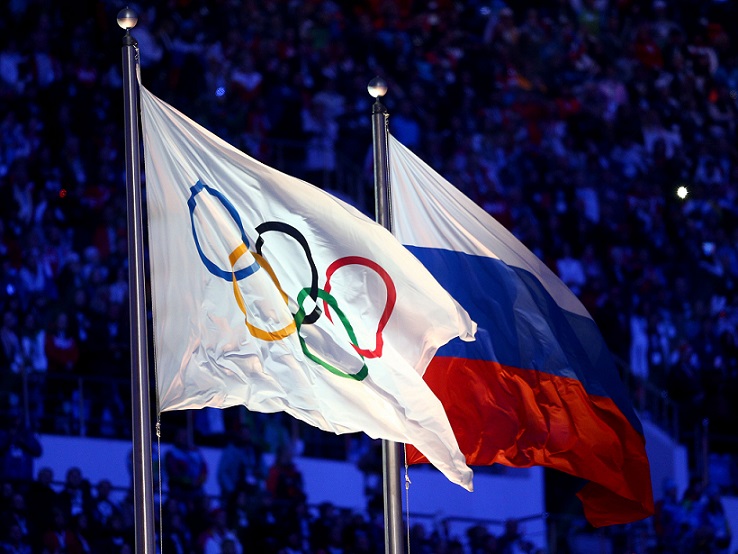 Only “clean” Russian athletes will be allowed to compete in the games, under a neutral, or non-state, flag.

Nearly four years ago the Russian tricolor flew high and virtually everywhere at the XXII Olympic Winter Games, which were held in Russia’s Black Sea coastal city of Sochi. At the XXIII games, which open February 9 in Pyeongchang, South Korea, you won’t see the Russian flag at all.

On Tuesday, the International Olympics Committee announced it will not permit Russia to be officially represented at next year’s Olympics. Only “clean” Russian athletes will be allowed to compete in the games, under a neutral, or non-state, flag.

The IOC’s decision by a 14-person panel was based on two separate investigations of alleged Russian doping during the Sochi games. One study focused on individual athletes, and the other on institutional violations. The results amounted to 25 athletes being sanctioned and the loss of 11 medals.

The IOC banned for life 22 Russian athletes, prohibiting them from competing in future Olympics events in which they had competed in 2014, and confiscated all medals they had won that year.

The Russian athletes disagreed with the IOC’s ruling, and on Wednesday announced they are appealing the decision through the Court of Arbitration for Sport.

“The Court of Arbitration for Sport has registered 22 appeals filed by Russian athletes against decisions taken by the Disciplinary Commission of the International Olympic Committee,” confirmed a representative from the court, which has its headquarters in Lausanne, Switzerland.

Regardless of the appeals court’s decision, the athletes will not be able to participate in February’s competitions in South Korea because doping violations carry a bans of two to four years for first-time offenders.

Along with the tightening measures on Russian athletes, the IOC imposed a fine of $15 million on the Russian Olympic committee, and banned Russian Deputy Prime Minister Vitaly Mutko for life from the Olympics for his role in the doping program at the time of the 2014 Sochi games, at which time he was Russia’s sports minister.

After the publication of the World Anti-Doping Agency report in November 2015, the International Olympic Committee banned Russia indefinitely from world track and field events. However, the IOC did not ban Russia from the 2016 Olympics in Rio de Janeiro. Instead, the IOC asked sports governing bodies to decide which athletes could compete.

Tuesday’s announcement shows the IOC reached a compromise: It punished Russia, but not its athletes who were not found guilty of doping.

Before the ban and the revelations of systematic doping during the lead-up to the Sochi games, high expectations were set for Russian sportsmen and women. The sports data firm Gracenote Sports predicted that Russia would win 21 medals in Pyeongchang, including six gold.