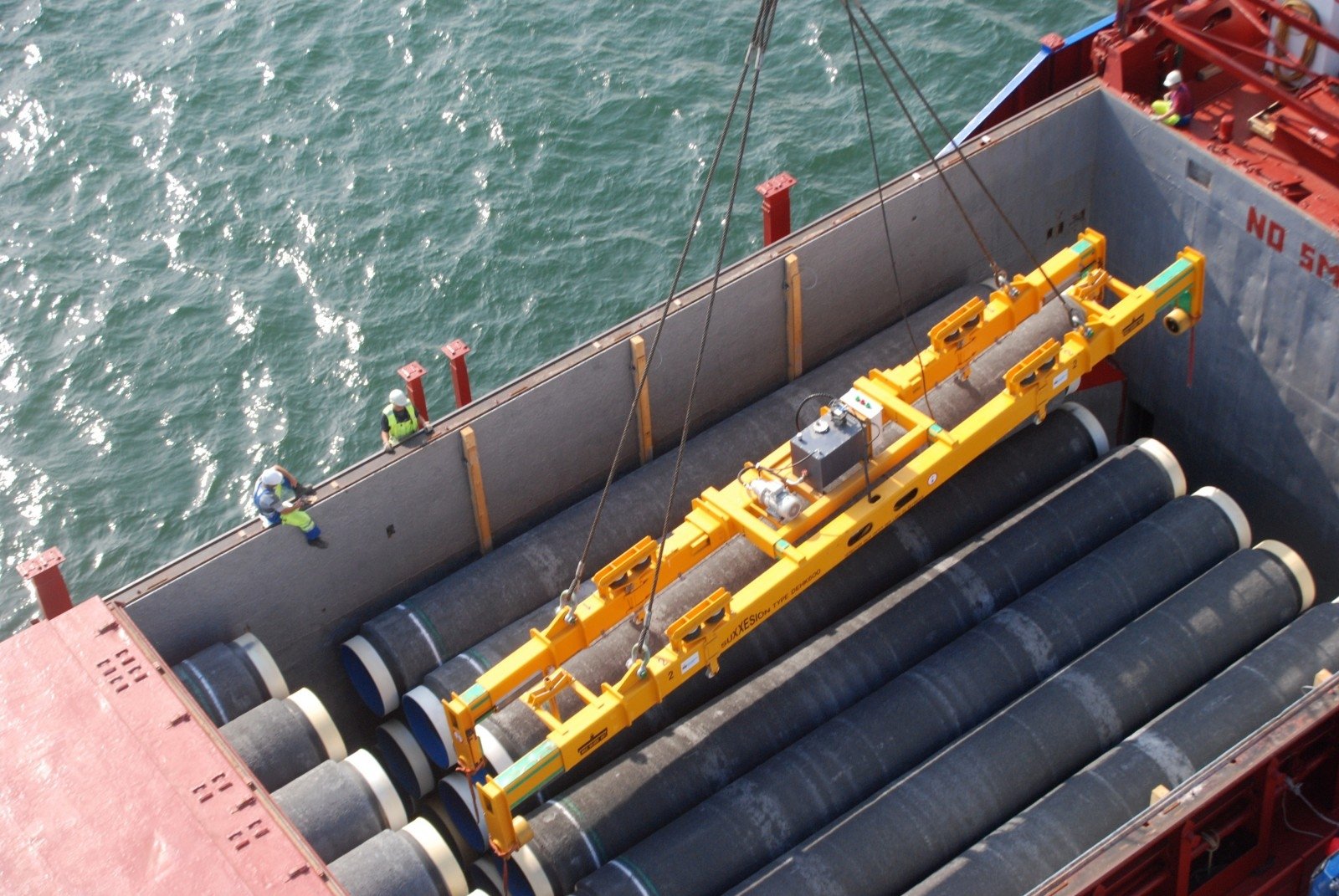 The Nord Stream-2 gas pipeline has raised a wave of opposition from the West and some European countries that believe the pipeline will significantly increase European dependence on Russia for its energy supply.

Despite Washington’s efforts to halt the construction of the Nord Stream-2 gas pipeline, the United States is unlikely to impose any sanctions against the project.

“My personal opinion is that it is very unlikely that sanctions will be imposed, simply because it [Nord Stream-2] is in the interests of France and Germany, and the United States will not be at odds with them,” RIA Novosti quoted the president and CEO of the American Chamber of Commerce in Russia, Alexis Rodzianko, as saying on Tuesday following his meeting with Foreign Minister Sergei Lavrov.

The Nord Stream-2 gas pipeline has raised a wave of opposition from the West and some European countries that believe the pipeline will significantly increase European dependence on Russia for its energy supply.

If built, the 1,200 km (746 mi) pipeline will deliver 55 billion cubic meters (bcm) of Russian natural gas to Europe through pipes laid at the bottom of the Baltic Sea, making an existing land route that transits through Ukraine obsolete.

The Kremlin has repeatedly denied any allegation that the project is anything but economic, but that has not stopped political back-and-forth between Washington, Moscow and European capitals.

On March 25, the United States House of Representatives supported a resolution that opposes the project, titled “European Energy Security and Diversification Act” and calling for U.S. government agencies to assist European and Eurasian countries to diversify their energy sources and supply routes.

“The Russian Federation, led by Vladimir Putin, has long used energy as a weapon to coerce and manipulate European countries,” explained U.S. Representative Adam Kinzinger, a ranking member of the U.S. House Foreign Affairs Subcommittee on Europe, Eurasia, Energy, and the Environment, who introduced the bill to the House on March 7 along with U.S. Representative Bill Keating.

“As American energy production continues to rise, we have a prime opportunity to support our allies and provide an alternative to the stronghold Russia employs over energy sources,” the Ripon Advance quoted Kinzinger as saying on Monday following the House vote.

According to Bloomberg the bill, which was backed by 391 Representatives, would authorize nearly $580 million through fiscal 2021 to advance U.S. foreign policy and development goals.

For over a year the Trump Administration has called on Europe to diversify its gas imports away from Russia’s energy giant Gazprom, which Washington believes is using energy as a tool of intimidation, lobbying Europeans to import liquefied natural gas (LNG) from the U.S. rather than get gas supplies through Nord Stream-2.

But despite the high-level pressure for Europe to abandon the $11 billion project, the pipeline is scheduled for completion later this year and is proving to be a more cost-effective option than American LNG imports.

“There has always been good with the diversification of supplies in Germany,” the head of German energy company GASAG Gerhard Holtmeier said in an interview with Tagesspiegel.

“When gas comes [to Germany] from Austria and Italy or from Austria, Italy, Norway, Russia and even Africa, this guarantees us attractive prices. Each new gas pipeline makes energy deliveries more reliable and prices more stable. Therefore, I welcome the construction of the Nord Stream-2.”

According to the European Union’s statistics agency Eurostat, Russia’s market share of German imports is between 50 and 75 percent. With the twin pipeline being operated, Russia’s gas exports to Germany is supposed to double.