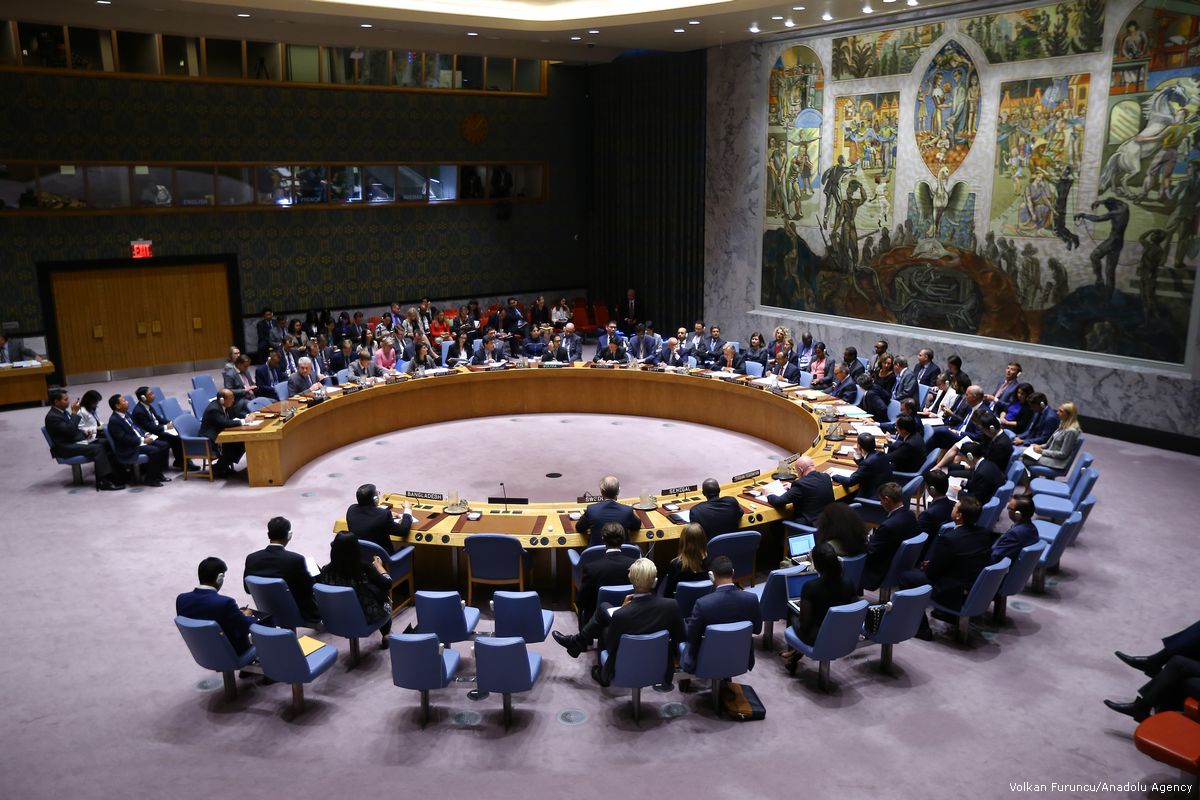 According to RIA Novosti, which cited anonymous sources, the U.S. blocked the adoption of the ceasefire endorsement, calling the move “premature."

A statement put forth by Russia and Turkey supporting a ceasefire agreement in northwestern Syria, which was brokered after a six-hour meeting between Russia’s President Vladimir Putin and his Turkish counterpart Recep Tayyip Erdogan in Moscow, failed to win the backing of the United Nations Security Council after the United States vetoed the measure last Friday.

"We (Russia) wanted to issue a press statement afterward, but due to the position of one delegation, it was not possible," RIA Novosti quoted Vasily Nebenzia, Russia’s ambassador to the UN as saying on Friday, referring to the U.S.

According to RIA Novosti, which cited anonymous sources, the U.S. blocked the adoption of the ceasefire endorsement, calling the move “premature."

Tensions in Syria's war-ravaged Idlib province, seen as the last bastion for rebel and jihadist groups, escalated last month when President Erdogan launched a military offensive against Syrian President Bashar Al Assad's regime. The move was in response to Syrian forces killing more than three dozen Turkish soldiers in an airstrike that was meant to help retake control of the country's northern region.

After extensive talks held on March 5, Moscow and Ankara agreed on several points. These included a ceasefire along the line of contact in Idlib's de-escalation zone as of March 6, and the establishment of a security corridor along which joint Russo-Turkish patrols would begin patrolling starting March 15.

The identified security corridor stretches six kilometers (3.7 miles) to the north and six kilometers to the south of Idlib's key east-west M4 highway that connects Latakia with northern Syria.

"There are a lot of questions about how it will work in practice, who will monitor it, what is happening west of Aleppo and critically has the Syrian government formally signed up?" Daily Sabah quoted British ambassador Karen Pierce as saying on Friday.

The agreement, which is supposed to help contain a conflict that has displaced nearly one million people in northwest Syria in just three months, has also raised concerns by German ambassador Christoph Heusgen.

"We have to see if this will work," Heusgen said, echoing Pierce's sentiment. "We are concerned about the millions of people who are suffering there and we would (like to) see that this ceasefire leads to a kind of safe zones where people can go back to and they can survive."

What seems like a never-ending conflict in the war-torn Middle Eastern country has devastated its economy and population. An estimated 560,000 people have been killed in the conflict, and more than half of the Syrian population has been displaced either internally or throughout the world, according to the London-based Syrian Observatory for Human Rights.

Although Turkey, a member of NATO, and Russia back opposing sides – Moscow supports Assad and Ankara backs some opposition factions in the northwestern Idlib region – both are considered guarantors of a peace settlement in Syria, along with Iran.

Escalation of the conflict in recent years prompted Russia and Turkey to agree to the establishment of a 15-20 kilometer-wide (9-12 mile) demilitarized zone in the northern Syrian region of Idlib in 2018. The deal, known as the Sochi agreement, was supposed to create conditions on the ground that would allow for conflict resolution in Syria’s northwestern regions. However, the situation in Idlib only worsened as years passed.

According to United Nations estimates, about one million people have fled their homes from a Assad's relentless military campaign in Idlib, which was launched on December 1, 2019.

According to data provided by the United Nations Refugee Agency, Turkey hosts about 3.6 million Syrian refugees and says it cannot handle more.