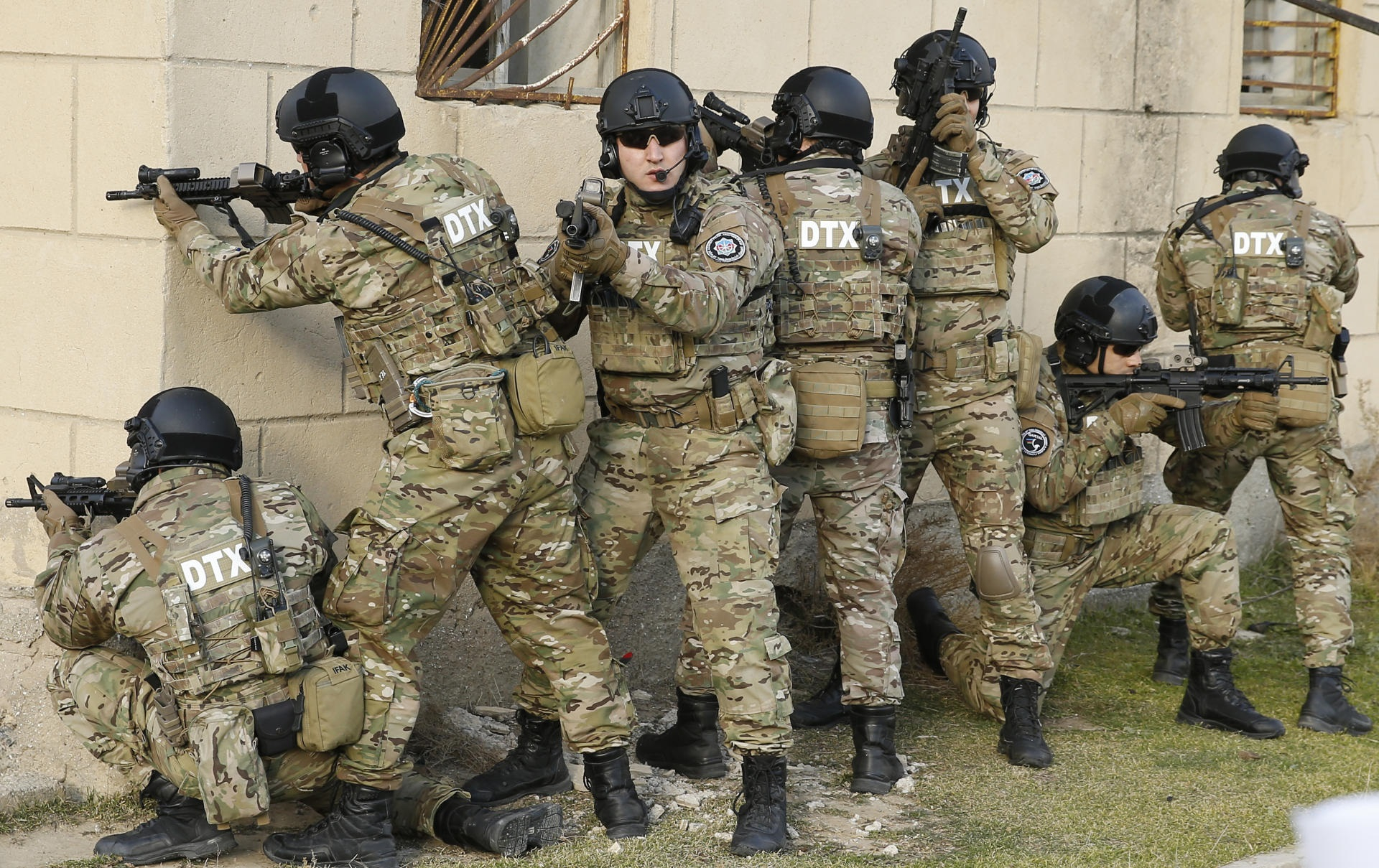 Forces of the State Security Service of Azerbaijan / Dtx.Gov.Az

In a new report, the Department of State of the United States labeled Azerbaijan as a terror-free country, attributing this achievement to well-coordinated anti-terrorism activities pursued by various government bodies in 2019.

“In 2019, the Azerbaijani government actively worked to deter, detect, and defeat terrorist efforts to move people, money, and materials across its land and maritime borders and within the South Caucasus,” read the report that was published on June 24, adding there no reported terrorist incidents in Azerbaijan in 2019.

According to the report, a well-organized coordination between the Ministry of Internal Affairs and the State Security Service, involving the services of the State Border Service, and the State Customs Committee yielded positive results in preventing terrorist acts and efforts inside the country. The government bodies used terrorist and criminal watch lists, and biographic/biometric screening at ports of entry. In addition, they shared the obtained data among themselves, and with regional and international partners to comprehensively deter any activity that can relate to terrorism, including the transportation of people, money, and materials – including weapons of mass destruction (WMD) – across Azerbaijan’s territory.

The law of Azerbaijan on the Fight against Terrorism identifies what activities are considered terrorism and how those affiliated with such activities are defined and punished. A terrorist, according to the law, is a person who is directly or indirectly involved in deliberate acts of terrorism as an organizer, instigator, assistant, executor or eager, as well as helps knowingly a terrorist group, an organized group or a criminal community carry out terror activities. According to the legislation, as well as interstate treaties to which the country is a party, such persons can be prosecuted and punished, or they may be returned to foreign countries for bringing to criminal liability or for the execution of assigned punishment.

Despite full-fledged anti-terror policy adopted by Baku, some citizens of what is the largest nation of the South Caucasus have been reported to join the Islamic State (IS) terrorist organization in Syria and Iraq. In September 2017, the officials in the State Security Service said that around 900 Azerbaijani citizens joined the IS since 2012. Law enforcement bodies detained 85 of them and brought to criminal liability. Some 195 have been deprived of the Azerbaijani citizenship, while many died during fights.

The State Department's report mentioned the Azerbaijani government's efforts to consolidate non-combat struggle against violent extremism. The State Committee for Work with Religious Organizations revealed in April that it has teamed up with the Ministry of Education and the Caucasus Muslim Board to develop a course to include in the curriculum of public middle schools and public universities in Azerbaijan as early as September 2020. The primary goal of the course is to promote the state’s “secular policy and help counter the spread of radical and fundamentalist movements,” the report reads referring to the Committee.

Alongside the persistent efforts to block terrorist activities and efforts within Azerbaijan, the officials in Baku contribute simultaneously to global anti-terror efforts. Azerbaijan supports NATO counterterrorism initiatives as part of the Alliance’s Partnership for Peace program. Peacekeepers from the country serve in Afghanistan alongside US forces under NATO’s non-military Resolute Support Mission. Currently, 120 peacekeeping troops from the Caspian Sea country settle in Afghanistan. The International Contact Group’s conference dedicated to promote peace and security in Afghanistan took place in Baku in June 2018.