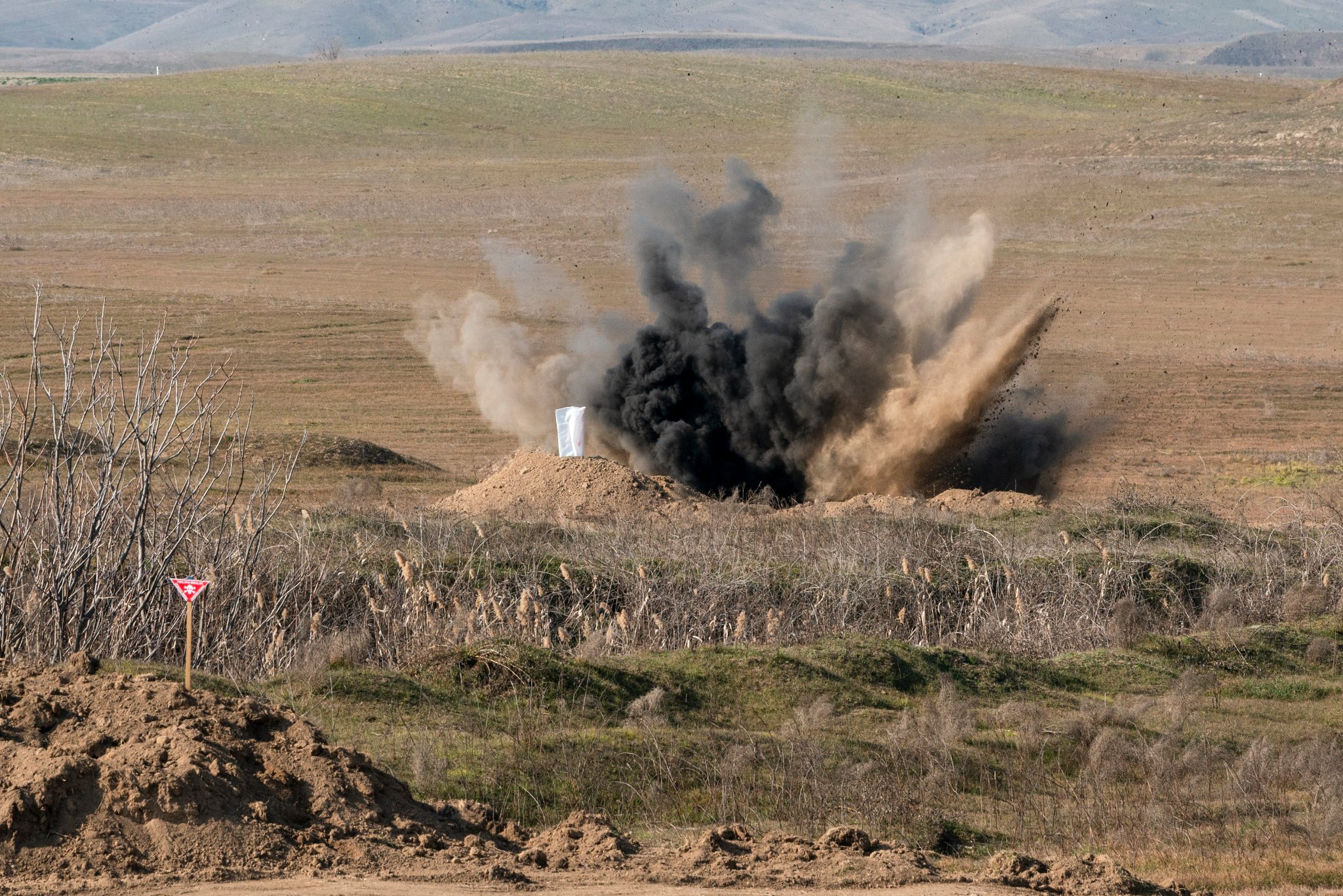 The government of the United States has allocated $2 million in humanitarian assistance to help accelerate the mine action in the South Caucasus, namely in Azerbaijani lands affected by the 2020 war.

The announcement came in a statement issued by the US Embassy in Azerbaijan on Monday.

“To promote regional peace and cooperation, the United States is pleased to announce $2,000,000 for humanitarian demining operations in areas affected by the fall 2020 intensive fighting between Armenian and Azerbaijani forces in the South Caucasus. Landmines and unexploded ordnance across the conflict zone continue to kill and maim civilians, block economic development, and impede the safe return of displaced communities,” reads the statement.

According to the embassy, the aid package follows previous tranche in amount of $500,000 announced in November 2021 and is aimed at further strengthening the technical capacity of demining organizations to clear deadly landmines and unexploded ordnance.

“These efforts play a critical role bolstering human security and enabling displaced communities to return to their homes and rebuild their lives safely,” the US embassy stressed in the statement.

Mine threats are common in the Azerbaijani territories once occupied by Armenia. The Karabakh (Garabagh) and East Zangazur regions of Azerbaijan had been heavily mined by Armenian forces since the early 1990s when a full-blown military assault against Azerbaijan was launched. The bloody war lasted until a ceasefire reached in 1994 and saw Armenia occupying 20 percent of Azerbaijan’s internationally-recognized territories.

On September 27, 2020, the conflict took a violent turn after Armenia’s forces deployed in occupied Azerbaijani lands shelled military positions and civilian settlements of Azerbaijan. During the counter-attack operations, Azerbaijani forces liberated over 300 settlements, including the cities of Jabrayil, Fuzuli, Zangilan, Gubadli, and Shusha. The war ended with the signing of a tripartite agreement on November 10, 2020, by Armenia, Azerbaijan, and Russia, under which Armenia also returned the occupied Aghdam, Kalbajar, and Lachin districts to Azerbaijan.

Since the end of the war, the Azerbaijani government has been conducting intensive demining operations in the liberated territories. Officials in Baku are convinced that the maps hidden by Armenia could help neutralize at least one million landmines planted in the once occupied Azerbaijani lands. It is estimated that the demining process could take 10 to 13 years to complete. By the end of August, more than 25,760 hectares of the area in the liberated territories have been cleared of mines by Azerbaijan since the ceasefire was reached in November 2020.

Meanwhile, Armenia’s attempts to mine the Azerbaijani lands after the 2020 war have recently catapulted deadly clashes on the Armenia-Azerbaijan state border. According to the Defense Ministry of Azerbaijan, at night on September 13, sabotage groups of the Armenian military planted landmines in the territories and supply routes used by the Azerbaijani army. As a result, fatal clashes were inevitable due to the intensive shelling of Azerbaijan’s military and civilian infrastructure by the armed forces of Armenia.