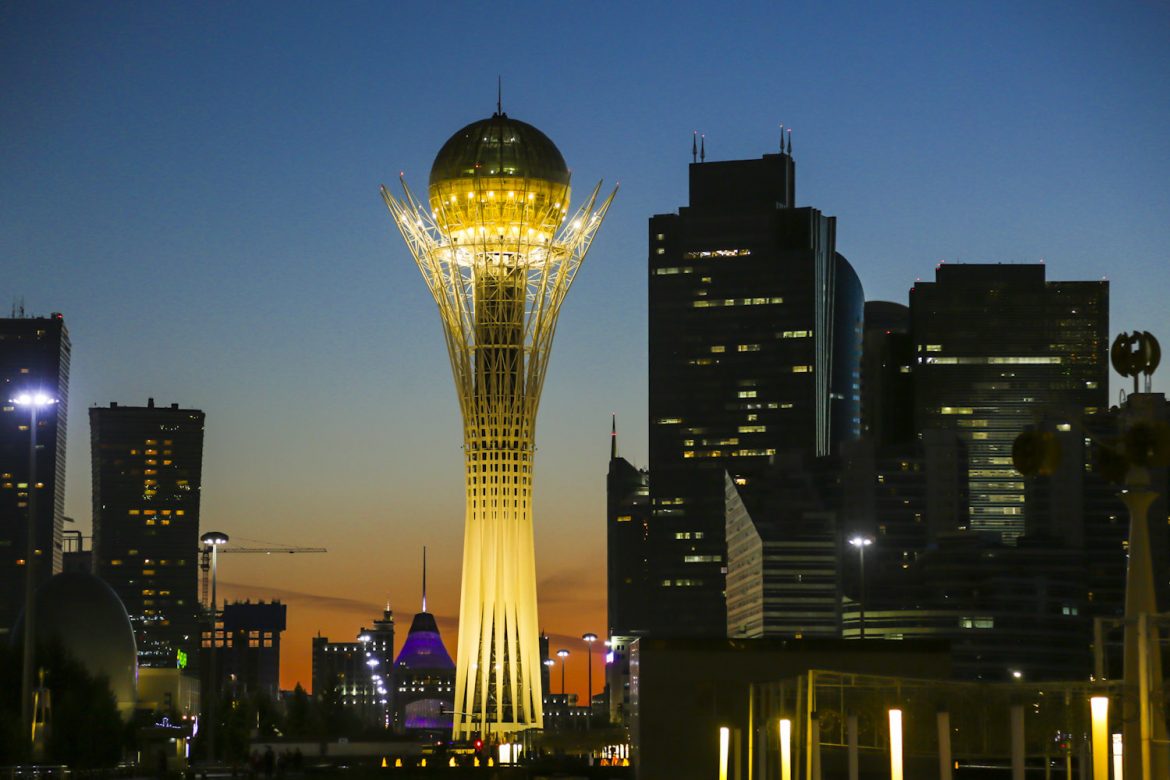 Specialists from Eurasian Development Bank (EDB) believe Kazakhstan’s economy will reach pre-crisis levels as early as the end of 2021 — thanks to the government-led initiatives to support local businesses.

The US International Development Finance Corporation (DFC) and Astana International Financial Center (AIFC) have signed an agreement to invest about $1 billion in various projects across a wide range of economic sectors, Kazakhstan’s government said in a statement on Friday.

The document was signed as part of DFC chief executive Adam Boehler’s trip to Central Asia to meet with government officials and highlight investment and development in the region.

According to a statement issued by the Kazakh government, the document was signed immediately after the two sides discussed expanding collaboration in agribusiness, logistics, tourism, infrastructure, finances and technologies. At the same time, the parties to the agreement stressed the need to implement projects and initiatives aimed at developing Kazakhstan’s private sector.

The US International Development Finance Corporation (DFC) is America’s development bank partnering with the private sector to finance solutions to the most critical challenges facing the developing world today. Along with investing in energy, healthcare, critical infrastructure, and technology, DFC also provides financing for small businesses and women entrepreneurs in order to create jobs in emerging markets. Astana International Financial Center (AIFC) is like financial centers in Singapore and Dubai, following British securities and corporate law, and offering visa and tax waivers to global financial investors. Members of AIFC are exempt from Kazakh corporate income tax, individual income tax, land tax and property tax for 50 years.

On January 7, the government of the United States, Kazakhstan and Uzbekistan announced the launch of the Central Asia Investment Partnership to bolster economic opportunities in Central Asia.

As part of the initiative, DFC, AIFC, and the Ministry of Investments and Foreign Trade of Uzbekistan will make all possible efforts to raise at least $1 billion over five years to support projects that advance private-sector led growth and increase economic connectivity within Central Asia and the broader region.

According to a joint statement, the Central Asia Investment Partnership will “advance private sector led projects that exemplify international standards for quality infrastructure and promote inclusive, transparent, and sustainable investments.” The initiative will work through the C5+1 platform launched in 2015 for dialogue and cooperation between the five Central Asian states – Kazakhstan, Turkmenistan, Kyrgyzstan, Tajikistan and Uzbekistan – and the United States.

Both US and Central Asian officials are convinced that the Central Asia Investment Partnership is an important step in advancing US efforts to support economic growth and prosperity for the region amid the economic effects of the COVID-19 pandemic.

“We each committing $500 million to invest in infrastructure in Central Asia,” Boehler said in his video address posted to Twitter.

“And one of the things we all agreed on is that it’s very important to look at big infrastructure projects, but just as important if not more to look at small and medium sized businesses, to look at minority and women businesses as well. Because we only think about this pandemic that we all going through — what’s going make it different is investment in small entrepreneurial people and businesses,” he added.

Harsh restrictions imposed by the Kazakh government to curb coronavirus outbreak halted most economic activities in Kazakhstan, causing many people to lose their jobs.

Output in the services sector fell 6.1 percent, after the government ordered to shut down most public places, including beauty shops, hairdressers, gyms and fitness clubs, food and non-food covered markets, cinemas and beaches. According to a survey conducted by the country’s National Chamber of Entrepreneurs, restrictions imposed by the authorities affected 800,000 or more than 60 percent of small and medium businesses in Kazakhstan.

Meanwhile, specialists from Eurasian Development Bank (EDB) believe Kazakhstan’s economy will reach pre-crisis levels as early as the end of 2021 — thanks to the government-led initiatives to support local businesses.

“These measures played a role — they did not allow economies to fail even deeper and will help countries recover faster,” said Evgeny Vinokurov, chief economist at EDB.