U.S. Official Says Kazakhstan Could Be A Model For Rescuing Citizens From War Zones 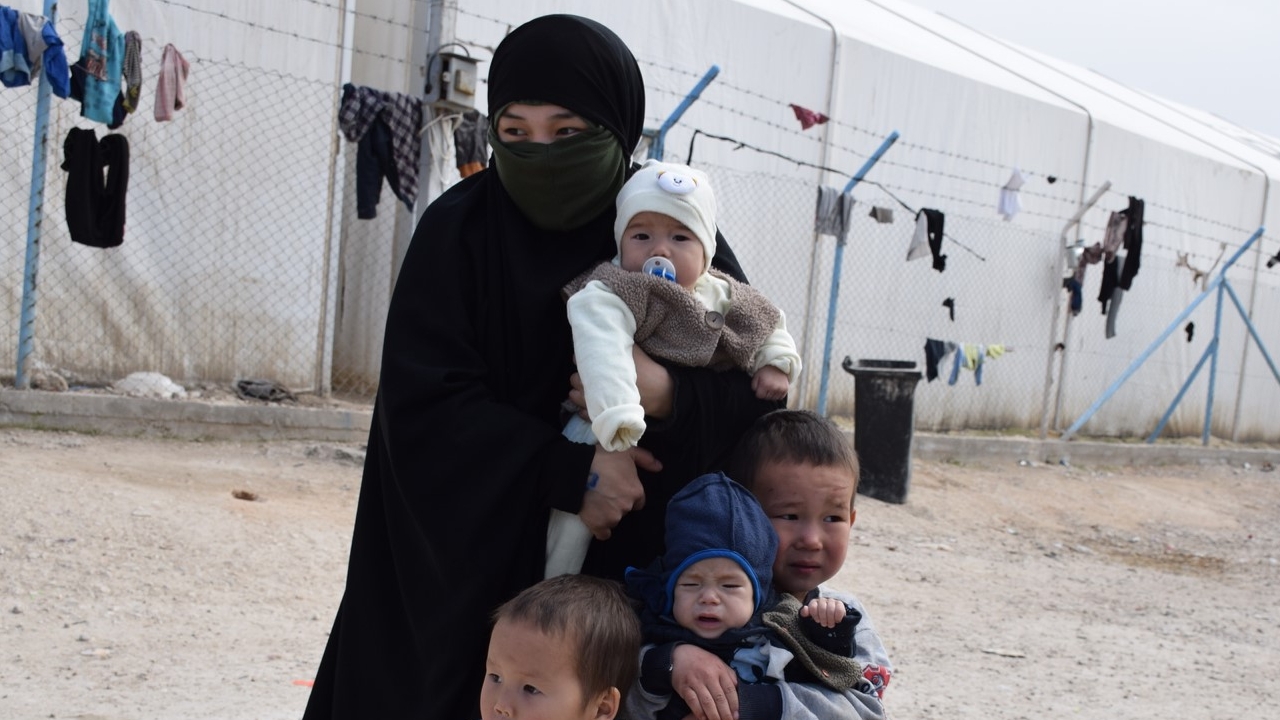 The U.S. State Department’s coordinator for counterterrorism, Nathan Sales, said the Kazakhstani government’s process for repatriating its citizens that have been captured in Syria could serve as a roadmap for other countries to do the same.

“Kazakhstan has become a global leader in repatriation of its citizens from Syria, as a bold decision was made to return hundreds of people, including women and children,” Sales said Tuesday, according to a report by Kazinform.

“I managed to visit one of the rehabilitation centers in Karaganda and see with my own eyes how professionals are working. I saw those religious authorities, specialists in child psychology, representatives of the education and science ministry and other government agencies are engaged as well. The whole world today should pay attention to what is happening in Kazakhstan, because this experience will be useful,” he added.

Ambassador Sales was on two-day trip to Kazakhstan, which began on Monday and wrapped up on September 8.

In Nur-Sultan, he met with senior government officials to discuss Kazakhstan’s prosecution and incarceration of those responsible for terrorism-related crimes, as well as regional efforts to counter violent extremism. The overall bilateral counterterrorism partnership in general, and Kazakhstan’s contributions towards efforts to repatriate its citizens from territory formerly held by the so-called “Islamic State” in Syria, were the focus.

The conflict in Syria has attracted thousands of people from different countries, including women, who sometimes support terrorist groups like ISIS, also known as Daesh in Arabic. According to statistical data, 13 percent of 41,490 foreign citizens that became affiliated with ISIS between 2013 and 2018 were women, while 12 percent were minors.

Officials in Nur-Sultan say it is impossible to calculate the exact number of those who left, as these people often leave the country without documents and join extremists after passing through three or four international borders. According to government data, about 390 Kazakhstani minors were found in combat zones in Syria and Iraq as of late 2017.

Earlier this year, the government had initiated a humanitarian rescue operation code-named Zhusan, which in Kazakh means “bitter wormwood” – a symbol of homesickness in Kazakhstan. As a result, over 500 people were evacuated, including children, which according to Bibigul Asylova, Kazakhstan’s vice minister of education and science, have been kept at rehabilitation centers.

Nathan Sales said that U.S. officials were closely watching the rescue operation over the course of this year, which was conducted in stages.

“We very closely watched this process, but did not remain only in observer status, as we provided all kinds of assistance to this process. We see that the government of Kazakhstan made maximum use of all its resources along with the private sector, religious authorities, medical staff and psychological workers who help those undergoing rehabilitation,” he said on Tuesday.

Rehabilitation centers are already up and running throughout Kazakhstan in order to help women and children get back to normal life, while lawyers help families recover vital documents and help them get jobs. In addition, the National Security Committee and the Ministry of Public Development attract theologians that work with those returning from combat zones to help rehabilitate them.

Meanwhile, the government officials in Nur-Sultan have recently announced the country’s intent to bring back those children captured in Iraq.

“We are planning to rescue Kazakhstani children from Iraq, whose mothers are serving a life sentence in prisons of this country,” Mukhtar Tleuberdi, Kazakhstan foreign minister, said at a roundtable on Wednesday, according to a report by Inbusiness, indicating it would be a continuation of the Zhusan rescue operation.