US Navy Accuses Iran of 'Dangerous Actions' Towards Military Ships 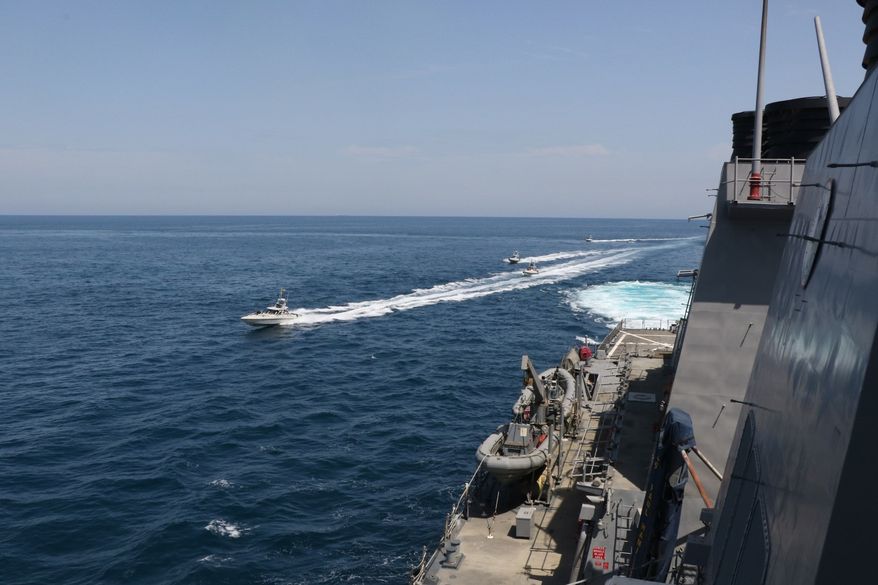 “The US vessels were conducting joint integration operations with US Army AH-64E Apache attack helicopters when the IRGCN vessels repeatedly crossed the bows and sterns of the US vessels at extremely close range and high speeds, including multiple crossings of Puller with a 45.7 m closest point of approach and within 9.1 m of Maui’ s bow”, US Naval Forces Central Command said in a statement issued on Wednesday.

According to the US Navy, the vessels subjected to the harassment were the Expeditionary Sea Base Lewis B Puller (ESB 3), the guided-missile destroyer USS Paul Hamilton (DDG 60), Cyclone-class patrol coastal ships USS Firebolt (PC 10) and USS Sirocco (PC 6), and US Coast Guard Island-class patrol boats Wrangell (WPB 1332) and Maui (WPB 1304).

The Bahrain-based 5th Fleet of the US Navy released photos showing one of the vessels that was said to be targeted, the USS Lewis B. Puller, with smaller ships around it.

The Iranian ships reportedly changed course an hour after the US ships issued several warnings through bridge-to-bridge radio, blasts from the ships’ horns and long-range acoustic noise maker devices, the statement added.

Meanwhile, Iranian state news agency IRNA issued a brief story on the case, which did not mention responses from Iranian authorities, and described the United States Central Command (CENTCOM) as a “terrorist” organization.

In April 2019, Iran’s Supreme National Security Council designated the U.S. Department of Defense’s Central Command as a terrorist group, warning that the United States, "will be responsible for dangerous consequences" of its decision to declare the Islamic Revolutionary Guard Corps (IRGC) a terrorist organization.

In the wake of tensions with the US, the commander of the Iranian Navy Rear Admiral Hossein Khanzadi announced on Thursday that Iran is studying the possibility of making nuclear submarines.

Khanzadi went on to say that Iran needs nuclear energy, adding that “US warships are in the region because they are using nuclear fuel. Without it, they would have to go to ports for refueling and they would be able to stay on the sea for six months."