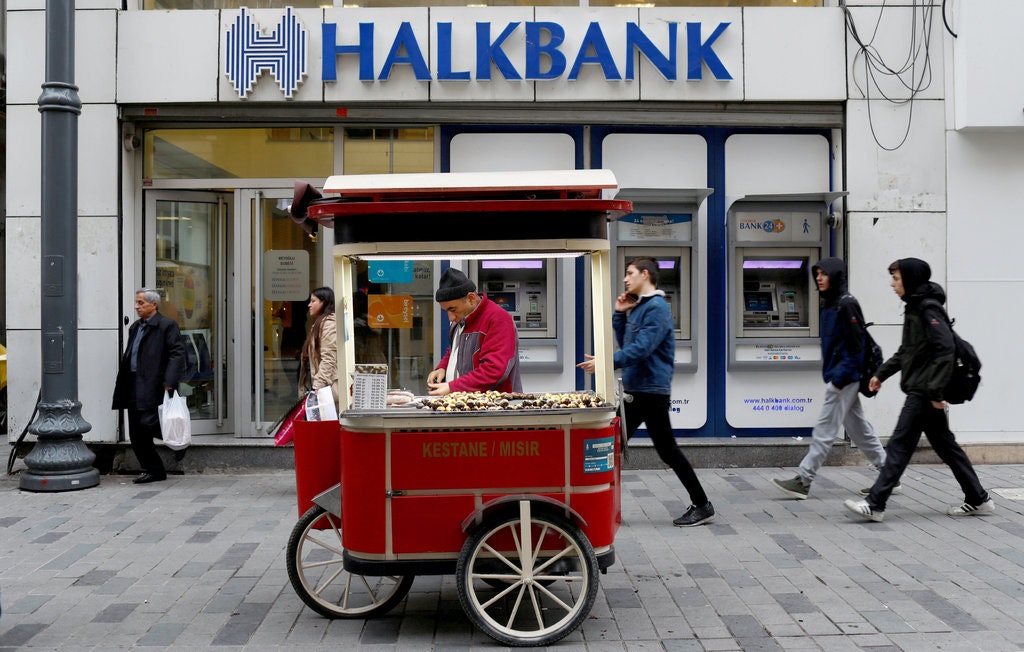 On October 15, 2019, United States federal prosecutors have charged a Turkish bank in connection with an alleged scheme to evade sanctions on Iran. / Reuters

United States federal prosecutors have charged a Turkish bank in connection with an alleged scheme to evade sanctions on Iran.

“TÜRKİYE HALK BANKASI A.S., aka Halkbank, was charged today in a six-count Indictment with fraud, money laundering, and sanctions offenses related to the bank’s participation in a multibillion-dollar scheme to evade U.S. sanctions on Iran,” the U.S. Attorney's Office for the Southern District of New York reported on October 15.

U.S. prosecutors say Halkbank, whose majority of shares is owned by the Government of Turkey, used a web of front companies to allow Iran to spend revenues from its gas and oil sales on international markets between 2012 and 2016. Halkbank was allegedly trying to create a pool of Iranian oil funds in Turkey and the United Arab Emirates held in the names of front companies, which concealed the funds’ ties to Iran. From Turkey and the U.A.E., the funds were used to make international payments on behalf of the Iranian government and Iranian banks, including transfers in U.S. dollars that passed through the U.S. financial system in violation of U.S. sanctions.

The U.S. government has previously charged nine individual defendants, including bank employees and a former economy minister of Turkey. In 2017, Reza Zarrab pled guilty to all seven counts with which he was charged. Several months later in 2018, a jury convicted former Halkbank deputy general manager Memet Hakkan Atilla of five of the six counts with which he was charged.

Since the U.S. withdrawal from the nuclear deal with Iran in May 2018, the Trump administration has been imposing tough sanctions on Iran, hitting its economy hard in an attempt to prevent it from continuing its ballistic missiles program and flexing its muscle in the region. The other parties to the deal, especially the European countries of the United Kingdom, France and Germany, have been trying to save the deal from a total collapse, but Iranian officials are not hopeful that can happen. As a result, Iran began scaling down its commitments to the Joint Comprehensive Plan of Action – the deal’s formal name – in July.

In the meantime, Turkey – a NATO member, which recently launched a cross-border military operation against the Kurdish terrorist groups in northern Syria – is not happy.

“This indictment constitutes an additional step that does not contribute positively to the current situation of U.S. Turkey relations,” an official at Turkey’s embassy in Washington told Reuters.

On October 9, Turkey launched its Peace Spring Operation in northern Syria against the PKK that has for long been recognized as a terrorist organization by Ankara, Washington and the European Union. However, Kurdish fighters have been a longtime American ally in the region.

As a result of Turkey’s actions in Syria, the U.S. Treasury Department sanctioned its defense, energy and interior ministers.

“Turkey’s military offensive is endangering civilians and threatening peace, security, and stability in the region,” Trump said. “I have been perfectly clear with [Turkish President Recep Tayyip] Erdogan: Turkey’s action is precipitating a humanitarian crisis and setting conditions for possible war crimes.”

Iran’s foreign ministry has also expressed concern over Erdogan’s orders for military action inside Syria’s territory against Kurdish rebels in a statement, calling for an immediate suspension of attacks and the withdrawal of Turkish forces from Syria.

"Just as Iran understands the security concerns of Turkey, it not only believes that military action will not solve security concerns, but that it will bring widespread humanitarian and material damages. Iran opposes these actions,” Fars news agency quoted a statement as stating.

Iran has been concerned about the presence of U.S. forces in northeast Syria. However, the promotion and arming of Kurdish groups on Turkey’s borders has always posed a problem for Ankara.