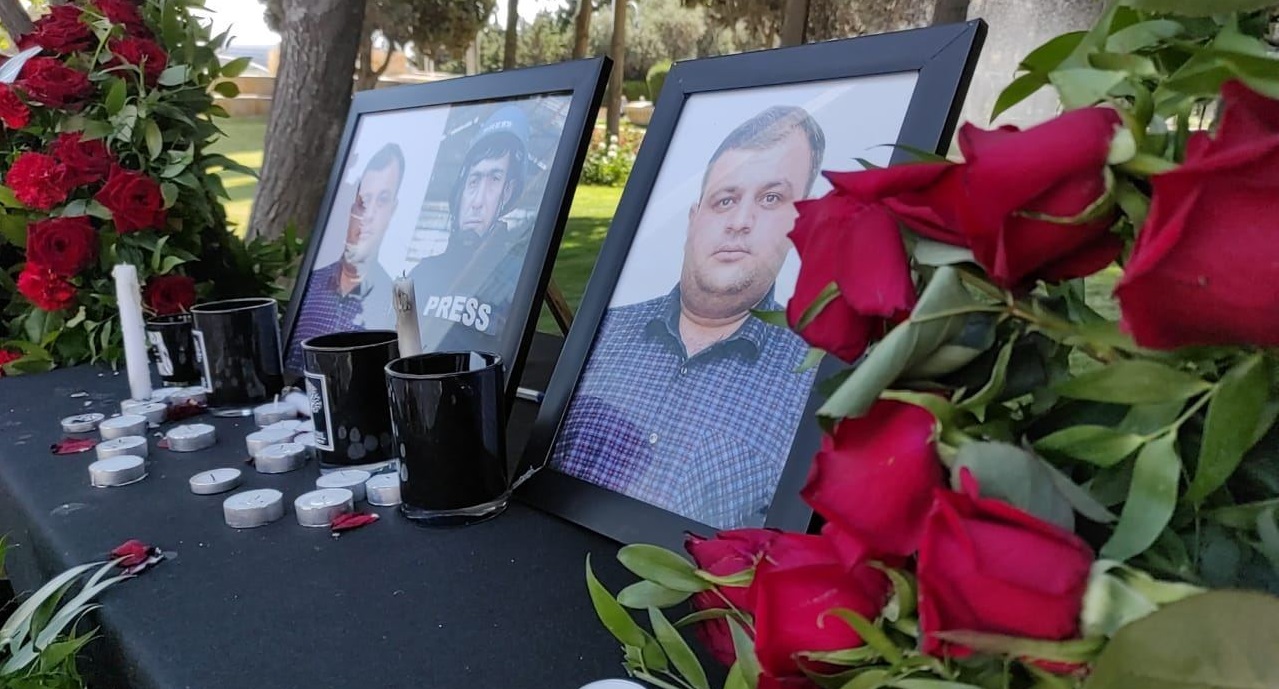 Photos of mass media representatives Siraj Abishov (R) and Maharram Ibrahimov (M) who died in an explosion of the Armenian landmine in the district of Kalbajar, Azerbaijan on June 4, 2021 / Trend News Agency

Mammadov’s remarks came during the court hearings on the matter, which took place after the government of Azerbaijan brought a case forward.

The deputy minister accused the Armenian authorities of upholding its ethnic cleansing policy even after the last year’s war in the Karabakh (Garabagh) region of Azerbaijan. The official said that Armenian authorities could face charges as they failed to notify Azerbaijan of landmines on its territories and continued to incite racial hatred against Azerbaijanis.

“Armenia still to this day refuses to share complete and accurate maps of the mines needed to progress clearance operations, and even continues to plant new mines on Azerbaijan’s territory,” Mammadov was quoted by Al-Jazeera as saying. “This is quite simply a continuation of Armenia’s decades-long ethnic cleansing campaign and an attempt to keep this territory cleansed of Azerbaijanis in pursuit of some desperate revanchist design.”

The case was filed by the Azerbaijani government in The Hague-based court in a tit-for-tat response to Armenia’s case, under which it alleged that Azerbaijan fueled anti-Armenian rhetoric and refused to release Armenian saboteurs who were captured in anti-terror operations after the war ended in Azerbaijan's Karabakh region.

Azerbaijan’s accusations against Armenia stem from the once active conflict in the Karabakh region. Armenia launched a full-blown military aggression against Azerbaijan following the Soviet Union’s dissolution in 1991. The bloody war lasted until a ceasefire was reached in 1994 and saw Armenia occupying 20 percent of Azerbaijan’s internationally recognized territories. Over 30,000 Azerbaijanis were killed, 4,000 went missing, and one million were expelled from those lands in a brutal ethnic cleansing policy conducted by Armenia.

During the years of occupation, Armenian forces have literally “carpeted” the Azerbaijani lands with landmines including anti-tank and anti-personnel traps. After the war, Armenian authorities have strictly refused to hand over the maps of the minefields to Azerbaijan. Yerevan swapped only fragments of the maps showing the locations of a total of 189,000 maps in the districts of Aghdam, Fuzuli, and Zangilan for the Armenian saboteurs. Later, the Azerbaijani authorities confirmed the maps to be only 25 percent accurate.

The refusal of Armenia to cooperate in mine action has been paving the way for fatal landmine incidents claiming the lives of Azerbaijani civilians. According to data compiled by the Azerbaijani government, more than 150 Azerbaijani citizens have been killed or deadly injured in landmine explosions in the country's Karabakh region after the war ended in November 2020. Two journalists and a government official from Azerbaijan have been trapped and killed by Armenian landmines in the district of Kalbajar in June 2021.

President Ilham Aliyev believes that the maps hidden by Armenia could help neutralize at least one million landmines planted in the once occupied Azerbaijani lands. These landmines can trigger a bigger humanitarian disaster should Armenia continue to refuse to hand over the minefield maps to Azerbaijan.