Ukraine Ready for Talks with Russia on Neutral Status 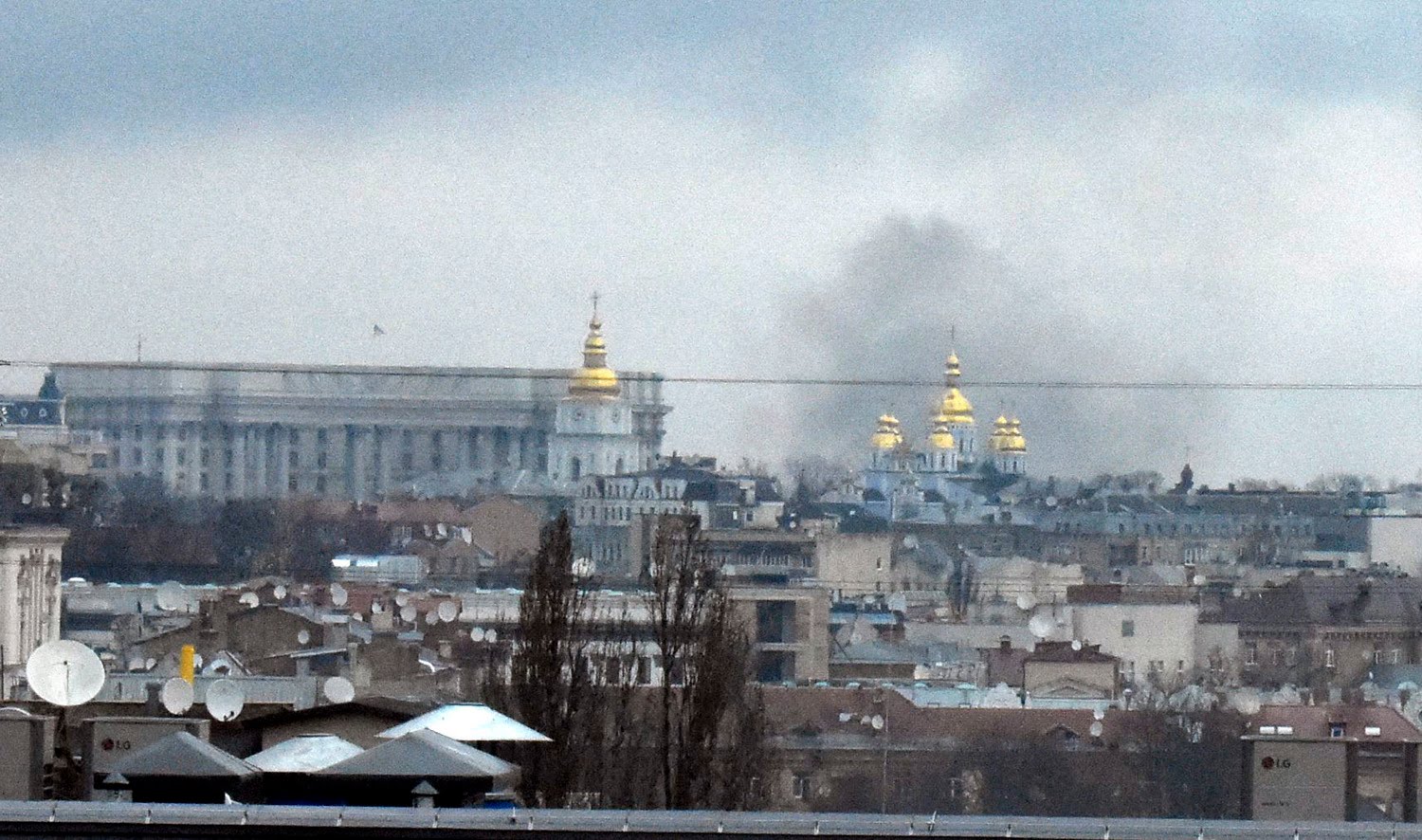 The Podolyak’s statement came amid reports claiming that Russian forces are already on the outskirts of Kyiv, a city of three million people.

As Russia’s invasion of Ukraine continues for second day, Mykhailo Podolyak, an adviser to the Ukrainian presidential office, voiced his country’s readiness for talks on neutral status.

He stressed that Ukraine would need security guarantees from Moscow to do so.

Podolyak echoed Ukrainian President Volodymyr Zelensky, who earlier accused the West of leaving Ukraine to face Moscow alone. On Friday, President Zelensky said that European countries showed no readiness to “fight with us and see Ukraine in NATO.” “They all are afraid,” he continued, adding that Ukraine is “not afraid,” just as it is “not afraid” to talk with Russia about a neutral status and guarantees.

Ukraine has long been trying to join NATO in hopes of gaining protection against what Kyiv calls to be Russian aggression. The Kremlin, however, has repeatedly claimed that Ukrainian membership in the military alliance would be dangerous for Russia.

“We heard from Moscow today that they want a dialogue,” Podolyak said, referring to the Kremlin spokesman Dmitry Peskov’s proposal to send a delegation to the Belarusian capital Minsk for talks regarding Ukraine’s possible neutral status.

“If they want to speak about a neutral status, we are not afraid of such discussions. The issue is who and how can guarantee Ukraine’s security and fulfillment of agreements by the guarantors,” Podolyak added.

The Podolyak’s statement came amid reports claiming that Russian forces are already on the outskirts of Kyiv, a city of three million people. The government announced a curfew in the Ukrainian capital from 10 pm to 7 am local time.

On Monday, Russian President Vladimir Putin recognized the so-called Donetsk and Lugansk People’s Republics as independent entities. He signed friendship, cooperation, and mutual assistance agreements with the two separatist territories. On Thursday, Russia launched an all-out offensive in Ukraine, claiming that the assault was aimed to protect the people of two self-proclaimed separatist-controlled regions of Ukraine allegedly being attacked by the Ukrainian military. The Kremlin explained that the decision was made after separatist leaders of the so-called republics had asked Moscow for military support against Kyiv.

Although Putin claimed that Russia had no intention to occupy Ukraine, media reported a series of loud explosions heard across the country, including Kyiv, Odessa, and Kharkiv, shortly after Putin’s announcement. Reports from local authorities announced shelling and firing across 17 of Ukraine’s 27 regions, while a BBC report stated that Russia also hit Ivano-Frankivsk International Airport in western Ukraine.

On Friday, fighting seemingly intensified, with Ukraine’s Foreign Minister Dmytro Kuleba saying “horrific rocket attacks” hit the capital city of Kyiv just before 4 am as Russian forces advanced. According to Kuleba, there were several explosions, gunfire, and missile strikes in or around the city.

“Last time our capital experienced anything like this was in 1941 when it was attacked by Nazi Germany,” he wrote on his Twitter page.

According to BBC, fighting is also raging at an airfield on the outskirts of Kyiv, and it could become a springboard for the Russian army into Kyiv. Following clashes, Russian forces have seized control of the decommissioned Chernobyl nuclear plant and surrounding exclusion zone in northernmost Ukraine, close to the Belarusian border and just 132 kilometers from Kyiv.

Ukraine declared martial law across Ukraine and banned all men aged 18 to 60 from leaving the country. President Zelensky signed a decree ordering a general mobilization - meaning all Ukrainians are being urged to defend their homeland, and conscripts and reservists are being called up.

Ukraine and Russia, the two post-Soviet countries, have been at odds since the 2014 crisis in Ukraine’s southern and eastern regions. Ukraine accuses Russia of annexing the Crimean Peninsula – a territory that extends into the Black Sea – and backing anti-government separatist regimes in the country’s eastern regions of Donetsk and Lugansk. Since then the crisis has destabilized the Donetsk and Lugansk regions – collectively known as Donbas. Kyiv and the West have accused Russia of supporting the separatist regimes in Donetsk and Lugansk with weapons and troops.