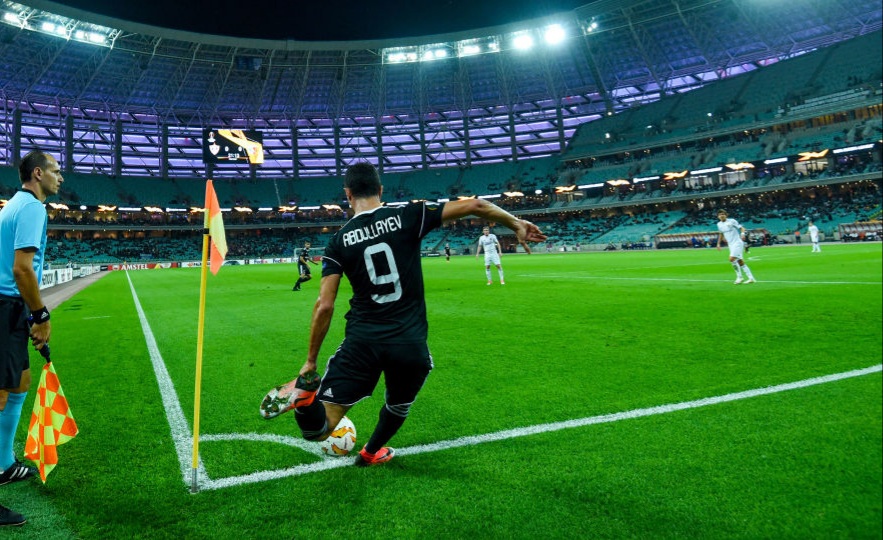 UEFA disallowed Armenia and Azerbaijan to host football (soccer) competitions in their territories due to the unceasing military clashes between the two nations in the Karabakh region of Azerbaijan. European football's governing body has temporarily suspended the home games in both countries in a decision announced on October 20.

"Considering the tense security situation in the Nagorno-Karabakh region, the UEFA Executive Committee decided today that UEFA club and national team competition matches will not take place in Armenia and Azerbaijan until further notice," reads a statement published on the organization's website.

"After having carefully monitored the evolution of the situation which broke out late September - which has already led to the relocation of a UEFA Europa League play-off and two UEFA Nations League matches to neutral venues - UEFA is of the opinion that, at the present time, the conditions to stage UEFA matches in these countries are not met."

The ongoing hostilities between Armenia and Azerbaijan in the Karabakh region of Azerbaijan broke out on September 27 after Armenia's forces shelled heavily Azerbaijan's military positions and civilian settlements. The non-stop artillery attacks prompted counter-offensive measures by the Azerbaijani army to push back the enemy. Intensive deployment of military material by both sides amidst the escalating tensions led to full-scale clashes.

Armenia has regularly targeted civilian settlements, including hospitals, schools, residential buildings, a police station, a cotton plant, a hydropower station, and energy pipelines in multiple cities of Azerbaijan. Armenia's forces killed 63 civilians and wounded 292, while destroyed and damaged around 2,000 houses, 90 multi-apartment residential buildings, and 386 civil facilities as of October 21.

UEFA said the situation in the region will be monitored and the recent prohibition does not address ongoing planning for taking in suspended UEFA EURO 2020 matches in Baku in June next year. Three group-stage games featuring Switzerland, Turkey and Wales, and a quarterfinal match will be played in Baku's 68,000-capacity Olympic Stadium in June and July respectively. Azerbaijan is one of 12 host nations for the major European football tournament that was postponed to 2021 in the wake of the COVID-19 outbreak.

UEFA's decision will affect the home game of Azerbaijan's Qarabağ football club against Spanish Villarreal in the Europa League on October 29. Moreover, the national teams of both Azerbaijan and Armenia will have to find neutral venues for their UEFA Nations League home games with Montenegro and Georgia respectively in November.