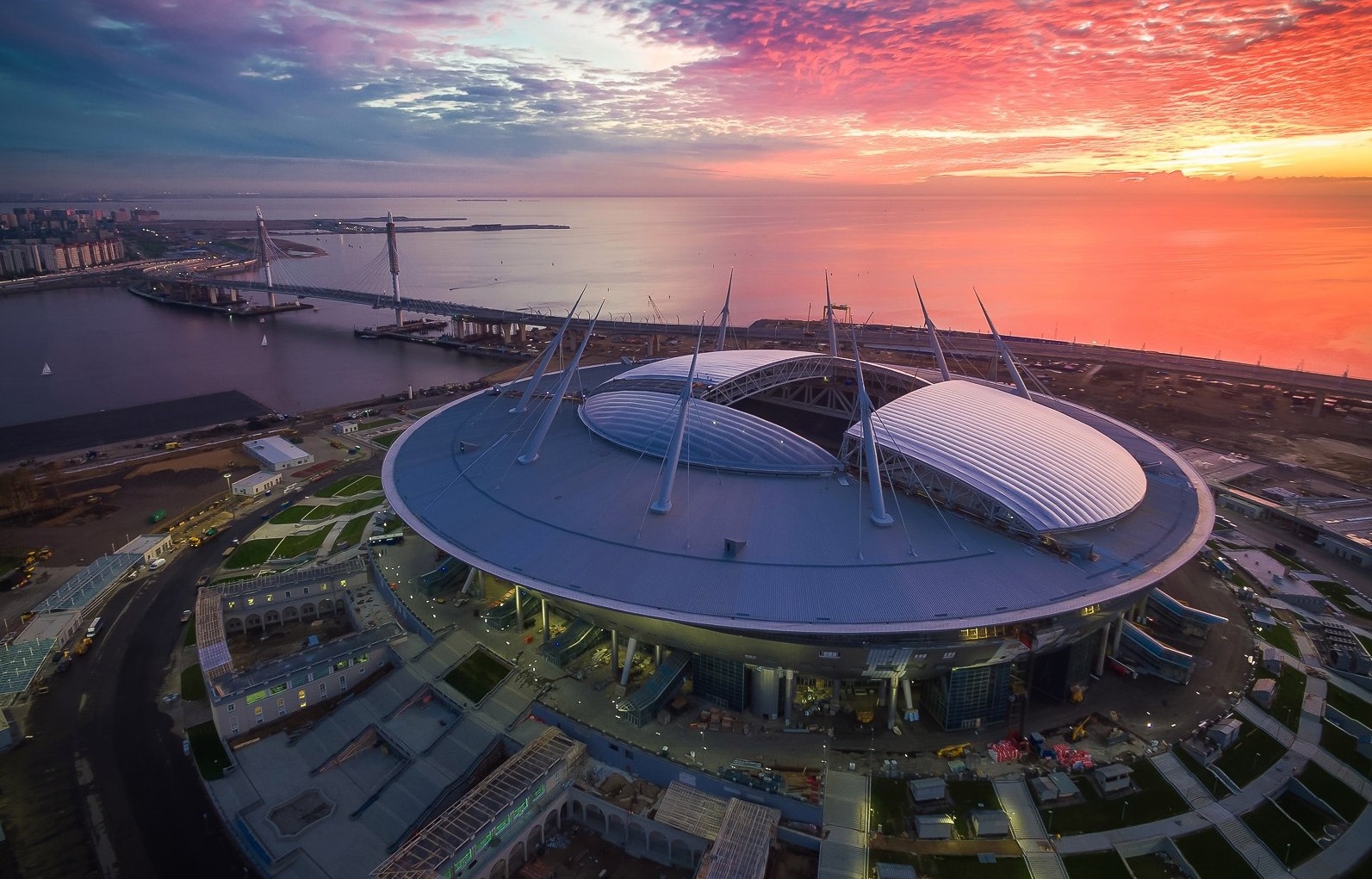 The 68,000-seat stadium in St. Petersburg boasts the second-largest sports complex in Russia after Luzhniki stadium, which seats 81,000. / Stanislav Zaburdayev

Saint Petersburg, Russia’s second-largest city after Moscow will play a host to the final match of the 2021 Champions League of the Union of European Football Associations (UEFA), which announced its selection of the venue on Tuesday. The 2021 UEFA Champions League final football (soccer) game will be played on May 29 of that year.

The final game of what is considered the most prestigious club-level tournament in Europe will take place at the Saint Petersburg Stadium, also known as Gazprom Arena – a retractable roof stadium that serves as a home for Russia’s Zenit football club.

The decision was taken by the UEFA Executive Committee as part of a meeting in Slovenia's capital Ljubljana.

The 68,000-seat stadium in St. Petersburg boasts the second-largest sports complex in Russia after Luzhniki stadium, which seats 81,000. It has been designed by Japanese architecture company Kisho Kurokawa and resembles the form of a spaceship with the roof held up by four masts. Launched in 2017 in line with all UEFA and FIFA standards for the FIFA Confederations Cup, a quadrennial international men’s football tournament, Saint Petersburg Stadium has already played a host to the 2018 FIFA World Cup. The arena has also secured to stage four EURO 2020 games - three group stage and one quarterfinal matches.

Confirmation of St. Petersburg’s host city status came eight months after the city first threw its name into the ring to host the game. Late last year, officials in St. Petersburg announced the city would compete alongside Germany’s Munich and its Allianz Arena with a 75,000 seating capacity.

Meanwhile, the crucial final match of the Champions League returns to Russia after eleven years since the dramatic Manchester United-Chelsea duel in Moscow.

“The 2021 edition will be the second final to be staged in Russia. The first, between Manchester United and Chelsea at Moscow’s Luzhniki Stadium in 2008, ended in an epic penalty shoot-out won by Sir Alex Ferguson’s side,” reads a statement published to the UEFA’s website.

This season’s final game will take place at the Atatürk Olimpiyat Stadı (Olympic Stadium) in Istanbul. At the same time, officials at the UEFA announced final hosts for the next 2021-2022 and 2022-2023 seasons. These are the Football Arena Munich in Germany and Wembley Stadium in London respectively.