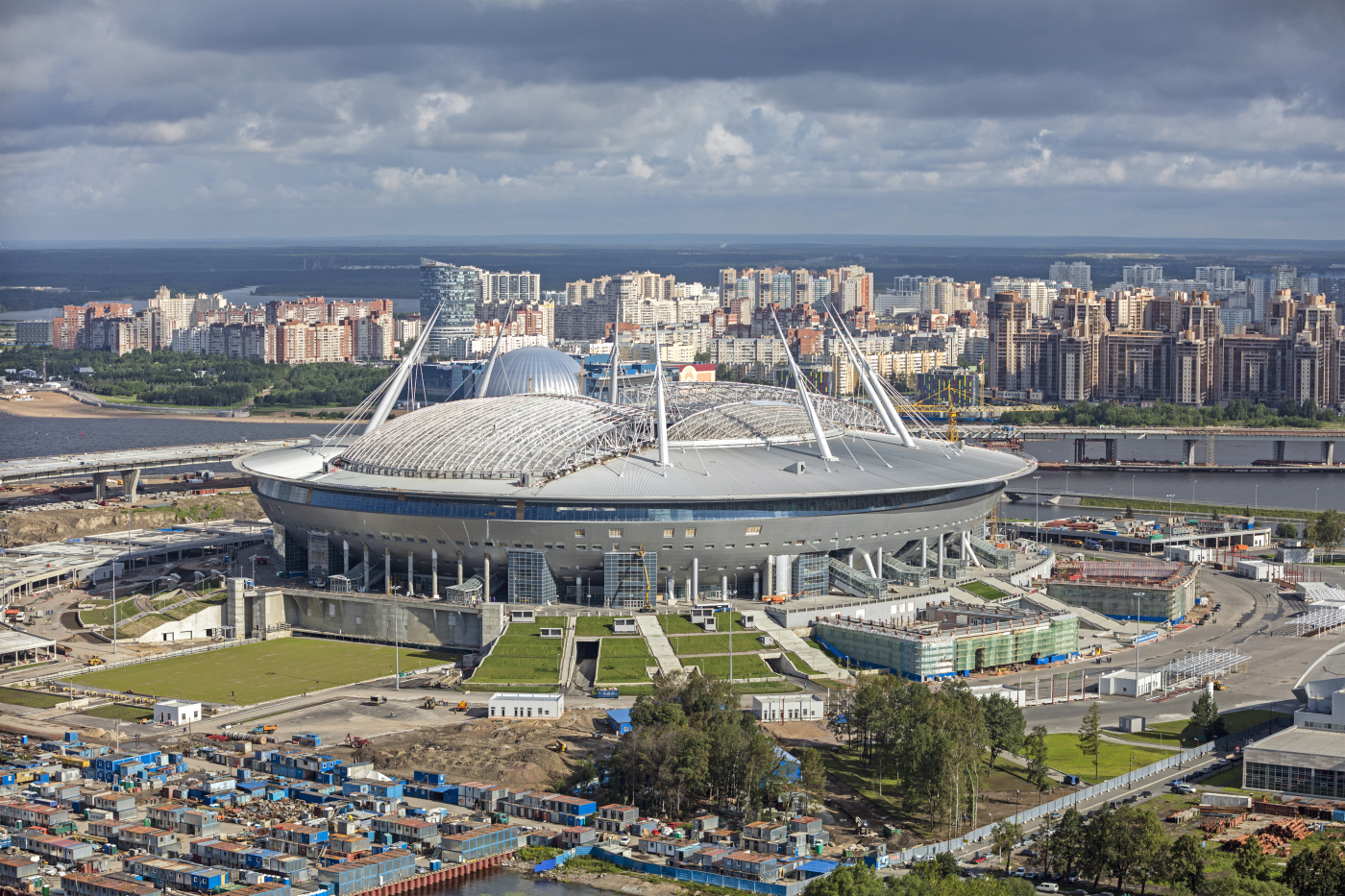 The 2020 UEFA European Championship, better known as Euro 2020, is the 16th edition of Europe’s quadrennial men’s football (soccer) tournament that will bring together 24 UEFA national football teams this summer.

Russia has made it clear that neither coronavirus issue, which is now sparking fears across the globe, nor a four-year ban from all major sporting events can stop the largest country in the Caspian region from hosting the Euro 2020.

After the final inspection at the Saint Petersburg Arena in St. Petersburg, where four Euro 2020 games - three group stage and one quarterfinal matches - will be held, Chief of Venue Operations at the UEFA Events Stadium Andreas Schaer said that the stadium is fully ready.

“It seems to me that the stadium is completely ready, now the final tuning is in progress,” TASS quoted Schaer as saying on Tuesday. “We have a gradation - red - not very well prepared, green - well prepared; this stadium is in the green zone, there are no stadiums in the red zone, but there is, let’s say, in orange. We evaluate the readiness of the stadium and the city for the championship as very well.”

The 2020 UEFA European Championship, better known as Euro 2020, is the 16th edition of Europe’s quadrennial men’s football (soccer) tournament that will bring together 24 UEFA national football teams this summer. St. Petersburg has been chosen the venue to host the upcoming games along with 11 other destinations across the continent. Russia’s second-largest city after Moscow was granted the right to host three group stage matches and one of the quarterfinals of the 2020 UEFA Euro Cup following the decision made by the UEFA Executive Committee.

“During the World Cup (2018), we were visited by about one million fans,” TASS quoted Kirillov as saying. “I think that there will be about the same figure during the European Championship.”

With a 68,000 seating capacity, the Saint Petersburg Stadium, also known as Gazprom Arena, is the second-largest sports complex in Russia after Luzhniki stadium, which seats 81,000. The arena that serves as a home for Russia’s Zenit football club has also secured to stage the 2021 UEFA Champions League final football game which will be played on May 29 of that year.

The preparations for the upcoming major sports event in St. Petersburg came at a time of ongoing coronavirus outbreak, which started spreading from the Chinese city of Wuhan – the epicenter of the outbreak. Human-to-human transmission of the virus as well as Russia’s proximity to the northern provinces of China where new cases of the virus reported raised concerns over the possible spreading of the virus in Russia.

However, Alexei Sorokin, the General Director of the Euro 2020 Organizing Committee in Russia, announced that the virus spreading will not affect the holding of the 2020 European Football Championship.

“This will not have any impact on the tournament,” said Sorokin, speaking about the safety and health of people who are going to attend the European Championship matches.

Meanwhile, Russia's St. Petersburg will host four games, including a quarterfinal, at the 2020 UEFA European Championship this summer, despite a decision from the World Anti-Doping Agency to ban the country from all major sporting events. The four-year ban prohibits Russia from participating in the Tokyo 2020 Olympics next year, the Qatar 2022 football World Cup, and the 2022 Winter Olympics in Beijing. However, the sanctions will not affect matches at Euro 2020 football tournament since the tournament organized by UEFA is a continental tournament but not a world tournament.

Along with St. Petersburg, the matches of the 2020 Euro Cup will be held at stadiums in 11 other cities across Europe, namely in London (England), Munich (Germany), Rome (Italy), Baku (Azerbaijan), Bucharest (Romania), Amsterdam (the Netherlands), Dublin (Ireland), Bilbao (Spain), Budapest (Hungary), Glasgow (Scotland) and Copenhagen (Denmark) between June 12 and July 12 this year.