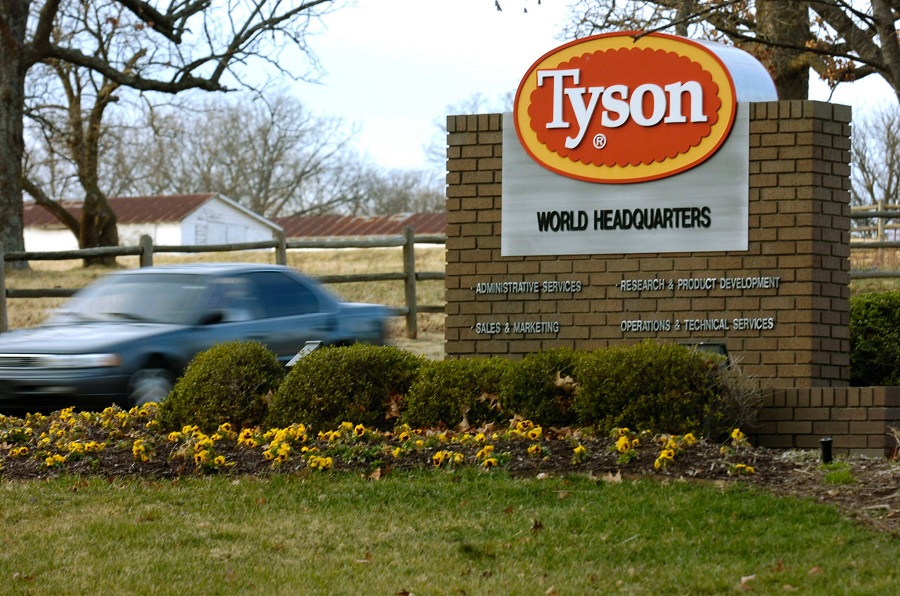 Officials from Tyson expect the deal to strengthen the company’s international business, which accounts for just three percent of its $42.4 billion in annual revenue, as well as meet the increasing demand for protein in Asia. / UNO Gateway

Kazakhstan and the United States are boosting economic ties through a series of deals, including an agreement signed this week between the government of Kazakhstan and the largest meat processor in the U.S., Tyson Foods, to build a beef plant in what is Central Asia’s largest and wealthiest country.

“Tyson is a world-class company with the expertise necessary to help Kazakhstan jump-start the transformation of our agro-protein capabilities and help us create an ecosystem that will increase our beef herd size,” Askar Mamin, the Kazakh prime minister said Tuesday at the signing ceremony held during his visit to the U.S., according to a statement published to the prime minister’s official website.

“The project will also establish conditions to support thousands of new high-quality jobs in the country.”

Tyson Foods will be teaming up with Kusto Group, a Singapore-based company that already has beef production in Kazakhstan, to establish a beef processing plant in Kazakhstan that will process 2,000 cows per day. Field and vocational training for local farmers are part of the agreement signed this week.

Tyson Foods and the Kazakhstan government negotiated the terms of the project in May. Initial investment stood at roughly $200 million, but the total amount and duration of the project have not been revealed.

Officials from Tyson expect the deal to strengthen the company’s international business, which accounts for just three percent of its $42.4 billion in annual revenue, as well as meet the increasing demand for protein in Asia.

“This initiative is to help satisfy that growth in demand that we see over the course of the next 10-plus years,” Noel White, who heads Tyson Foods, said Monday in an interview with Financial Times.

U.S. meat supplies are at a disadvantage due to tariffs China has imposed on U.S. beef as part of the so-called trade war between the two countries. But White believes this is not a reason for the company’s expansion in Asia.

“It’s [Kazakhstan] well-situated geographically with China, Russia, the Middle East. And they also have a transportation and distribution network going into central Europe,” he said.

With a population of about 19 million, Kazakhstan ranks ninth in the world in terms of land area, sharing borders with giants like Russia and China – both considered Kazakhstan’s largest trade partners. Kazakhstan has 20 million hectares (49 million acres) of land suitable for farming out of a total area of about one million square miles.

Kazakhstan is considered the second-largest agricultural producer within the Commonwealth of Independent States (CIS) region, behind Russia. It fully feeds itself with wheat production and exports at least 70 percent of the crop, even in the leanest of years. Livestock farmers throughout the country are mostly engaged in the breeding of sheep, horses, camels and cattle. According to the country’s statistics agency, meat production in Kazakhstan amounted to 271,000 tons in 2018, increasing by eight percent.

Officials in Nur-Sultan have been working hard to strengthen Kazakhstan’s agribusiness through a series of legislative reforms.

Aiming to make investments in Kazakhstan’s agricultural sector less risky, the government launched the Agribusiness 2020 Program in 2013, meant to increase the potential for recovery of investments; increase the affordability of products, works and services for agro-industrial sector entities; and is expected to improve the overall business atmosphere for investing.

Kazakhstan joined the World Trade Organization in 2015, offering foreign investors easier access to its land, financial incentives, and opportunities for privatizing some of its state-owned enterprises. Initiatives meant to make Kazakh agribusiness more attractive also include government subsidies to the agricultural sector. The state-run KazAgro National Management Holding acts as an infrastructure investor and a source of financing for agricultural producers who need long-term commitments and lending.