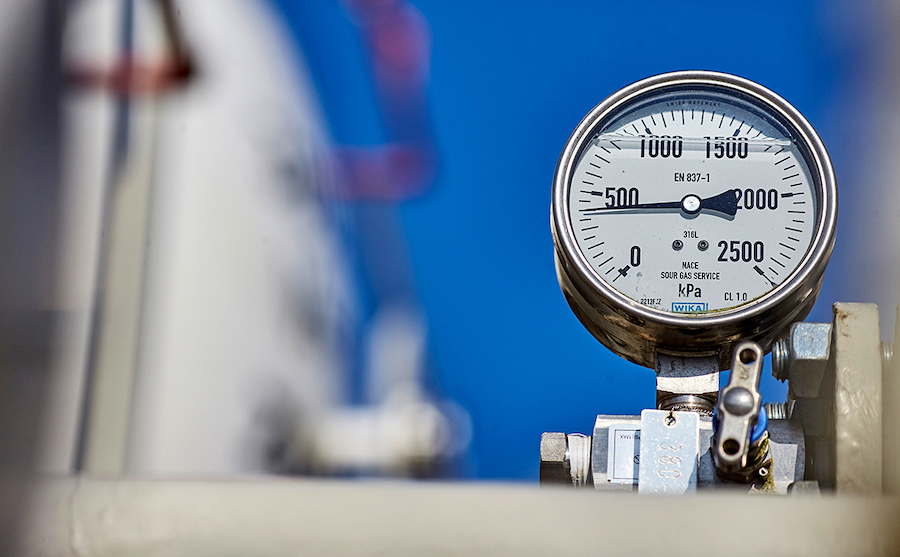 Despite having some of the world’s largest reserves of natural gas, Turkmenistan didn’t have very good luck with selling them. / Bartek Sadowski / Bloomberg

The German industrial giant Siemens has won a tender to supply Turkmenistan with gas turbines, which are expected to boost the Central Asian country’s natural gas production and processing.

With over 150 units sold, the SGT-300 industrial gas turbine operates on a wide range of gaseous and liquid fuels and is considered a perfect solution for the demanding oil and gas industry. The SGT-100, in turn, can be used for all electrical power generation and mechanical drive applications within the oil and gas industry.

The gas turbines are expected to speed up the hydrocarbons' transportation from the Kukurtli, Kirpichli and Northern Balgui gas fields to a gas processing complex operating at the Nayip field. The cost and volume of the contract, however, have not been disclosed.

According to the figures reported by media in late 2019, Lebapgazçykaryş produced more than 6.5 billion cubic meters of natural gas and 39,500 tons of gas condensate, as of first nine months of 2019. In addition, the facility produced 92,600 tons of liquefied gas, of which 85,500 tons were exported.

Natural gas production in eastern Turkmenistan began in the 1960s, while some new facilities were launched after the country become independent following the USSR’s collapse in 1991. Seven years later, in 1998, Turkmenistan together with Italy’s Tehnofrigo inaugurated a new facility near the Nayip field to produce liquefied gas. In addition, Canada’s Thermo Design Engineering Ltd helped Turkmenistan launch modern integrated facilities for the production of liquefied gas in Lepab.

Ashgabat has issued the tender as part of efforts to develop the country’s oil and gas industry by 2030.

A former Soviet republic of about 6 million people and a gross domestic product (GDP) of $40.7 billion, Turkmenistan today is Central Asia’s third-largest economy, behind Kazakhstan and Uzbekistan, according to U.S. government statistics. While agricultural exports comprise a sizeable portion of its economy, 25 percent of the country’s GDP is primarily derived from hydrocarbons, particularly natural gas – the bulk of which goes to China.

The Galkynysh gas deposit, located in Mary province in the southeast, is considered one of the biggest and may hold between 13.1 trillion cubic meters to 21.2 trillion, according to data compiled by the UK-based Gaffney, Cline & Associates petroleum consulting company.

Despite having some of the world’s largest reserves of natural gas, Turkmenistan didn’t have very good luck with selling them.

In 2016, Russia’s Gazprom stopped purchasing Turkmenistani gas after the industry saw a steep drop in gas prices, and Ashgabat refused to revise the terms of the contract. One year later, in 2017, Turkmenistan suspended its gas exports to neighboring Iran over ‘‘unpaid past deliveries.’’ Iran’s debt was estimated at somewhere between $1.5 and $2 billion.

In early 2019, Russia resumed importing Turkmenistani gas following a three-year break but importing smaller volumes than it had done before. Such an agreement has not yet been reached with Iran.