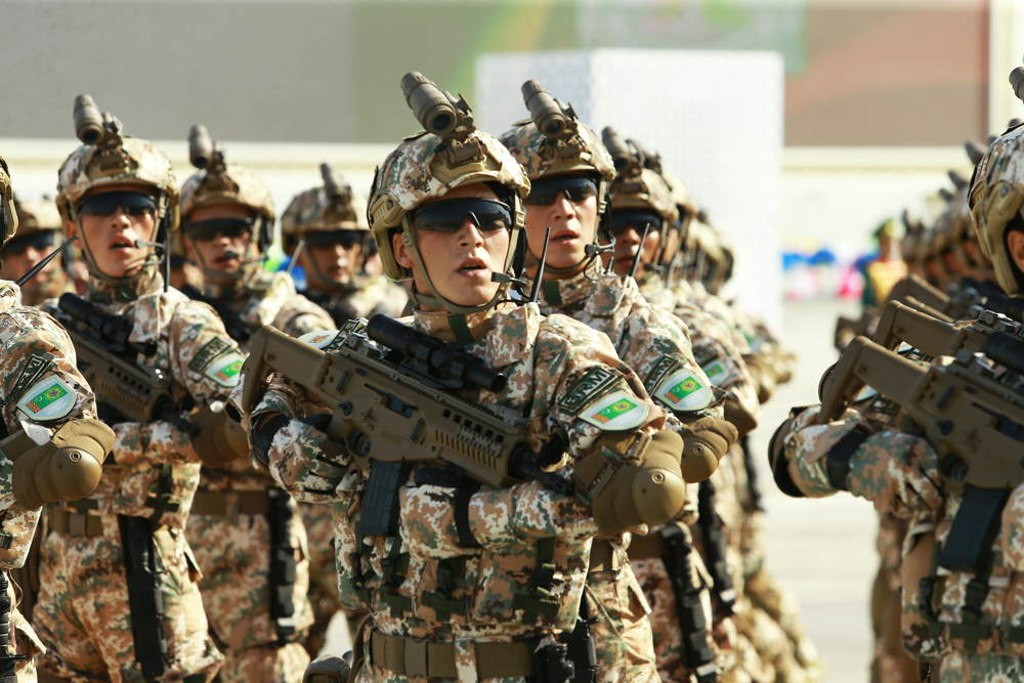 On September 25, Ashgabat welcomed the commander of the Montana National Guard, Major General John P. Hronek, for talks on reviving cooperation within the National Guard state partnership program, which has seen many hundreds of troops from all over Central Asia travel to the United States since the 1990s. / Orient.tm

Turkmenistan's Foreign Minister Rashit Meredow and US Major General John P. Hronek, who is the Adjutant General for the State of Montana serving as the commander of the Montana National Guard and the director of the State's Department of Military Affairs, met Sunday to discuss the partnership between the countries.

"The sides discussed renewing the partnership program between the US Central Command, the US National Guard Bureau, and the Turkmen Defense Ministry. The program has produced a number of productive exchanges, training workshops, and initiatives," the Turkmen Foreign Ministry's website reported on September 25.

Cooperation between the defense departments of the two countries in such areas as a response to natural disasters and emergencies, cyber defense and security, as well as in the engineering and construction sector was also considered.

The parties also expressed readiness for further development and strengthening of the Turkmen-American military cooperation in accordance with the constitutional norms of Turkmenistan, as well as the status of permanent neutrality of the country and military doctrine.

The partnership program implies that the head of the country can apply to the US ambassador in his country with a proposal to become a partner, which indicates the full support of this initiative by President Serdar Berdimuhamedow. A number of events and training sessions with the participation of the US and Turkmen specialists are held both in Ashgabat and outside Turkmenistan as part of annual cooperation programs every year.

The Turkmen government engages with the United States in many areas, including cooperation in border and regional security programs, efforts to mitigate climate change, trade, educational and cultural exchanges, and English-language training.

During the meeting, the sides discussed bilateral and multifaceted cooperation in resolving the situation in Afghanistan. The expediency of developing a consolidated approach to ensuring peace and security in Afghanistan, and intensifying economic and humanitarian cooperation with this country was noted.

The objectives of US foreign assistance include strengthening Turkmenistan's ability to manage its international borders and cooperate on regional security issues by encouraging Ashgabat to develop its private sector, economic reforms, and labor force. Turkmenistan’s vast natural gas and oil resources continue to attract foreign companies to explore doing business in the country, but Ashgabat has yet to implement reforms needed to create a favorable business climate, such as allowing onshore natural gas production-sharing agreements. Turkmenistan has signed a trade and investment framework agreement with the US and other Central Asian countries establishing a regional forum to discuss ways to improve the investment climate and expand trade within Central Asia.