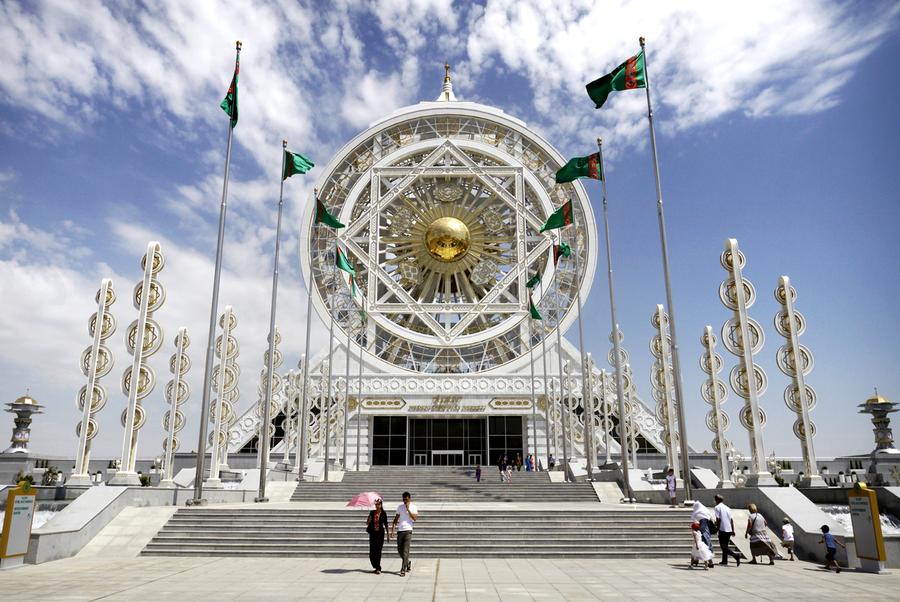 This year’s summit, which is scheduled for some time in August, will bring together the heads of Azerbaijan, Iran, Kazakhstan, Russia and Turkmenistan – the five countries surrounding the Caspian Sea – who are expected to sign multilateral agreements.

Top officials from countries within the Caspian region will be flocking to Turkmenistan this summer for two major meetings this summer: the 6th Caspian summit and a new gathering, called the Caspian Economic Forum.

This year’s summit, which is scheduled for some time in August, will bring together the heads of Azerbaijan, Iran, Kazakhstan, Russia and Turkmenistan – the five countries surrounding the Caspian Sea – who are expected to sign multilateral agreements.

“Once the country leaders decide when it is convenient for them to reach new agreements, a summit will be held at which we would like to adopt new documents," TASS reported Russia’s Foreign Minister Sergey Lavrov as saying on Wednesday after he met with Turkmenistan’s President, Gurbanguly Berdimuhamedow.

Last year the five presidents all met in Aktau, Kazakhstan where they signed a landmark agreement settling a decades-old geopolitical dispute between them, namely how to divide up the waters of the Caspian Sea.

“The Convention on the Legal Status of the Caspian Sea” addressed how each of the five countries – four of them created in the early 1990s, following the collapse of the USSR – would share the waters of what is the world’s largest lake. Prospects for new maritime shipping and tourism routes were an outgrowth of the agreement. According to the document, routes for the construction of oil and gas pipelines under the Caspian’s waters are to be agreed upon by those countries that own sectors through which a maritime pipeline would be laid. The countries may lay underwater pipelines only if their projects comply with environmental requirements and standards specified in international treaties to which they are a party. The fate of some rich oil and gas deposits lying beneath the seabed remains unresolved, however.

In addition to the high-level summit, regional business leaders will be in Turkmenistan for an economic-centered event that will be held at Avaza, a Caspian resort, on August 12. The agenda includes discussion panels on how to increase investment attractiveness for industry and the energy, trade and tourism sectors.

Russia’s top diplomat believes the time is right to further economic cooperation in the Caspian region, considering the agreement reached at last year’s summit in Kazakhstan.

“We fully support the initiative of convening an economic forum, Lavrov said Wednesday, according to the Russian foreign ministry’s official website. “This is an innovative approach. Turkmenistan is one of the main initiators of strengthening the legal framework in the Caspian Sea.”