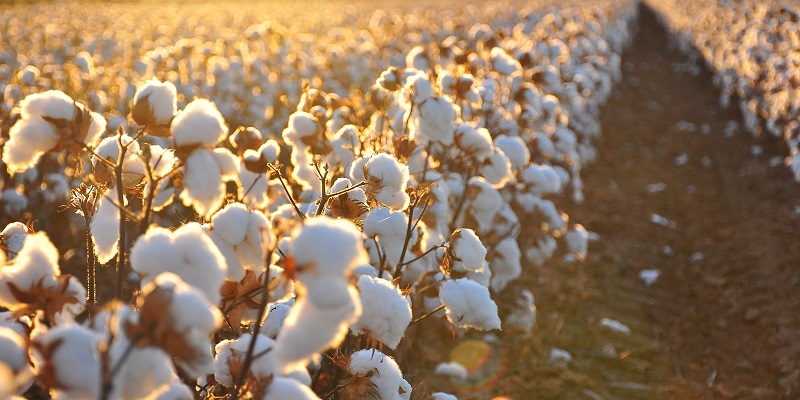 Cotton growers are expected to bring in 1.05 million metric tons by the end of the 2017 season, down from last year’s 1.1 million

Turkmenistan is well-known for sitting atop of some of the world’s largest natural gas reserves, but this week an equally abundant, albeit softer, natural resource is attracting attention:  cotton.

Cotton growers begin their harvesting and are expected to bring in 1.05 million metric tons by the end of the season, down from last year’s 1.1 million. Half of all irrigated lands in the country, or about 545,000 hectares (2,104 square miles), are designated for cotton-growing and get seeded annually with various grades.

Turkmenistan is the world’s ninth largest cotton producer, after China, India, the United States, Pakistan, Brazil, Uzbekistan, Turkey and Greece, according to the Food and Agriculture Organization of the United Nations. About $236 million worth of raw cotton gets sent abroad each year, earning it the nickname ‘white gold’ in an economy worth nearly $9 billion in 2016 and making it the world’s seventh largest exporter of cotton.

Although Turkmenistan lies along the eastern coastline of the Caspian Sea, the country’s four inner-most regions are where cotton growing is most prominent. Mary and Lebap regions, which share a border with Afghanistan, produce about 313 and 300 thousand tons of cotton, respectively. The south-central Akhal region, in which the country’s capital of Ashgabat is located, produced about 207 thousand tons, while Dashoguz, which starts harvesting on September 6, brings in around 230 thousand.

Although agriculture accounts for only about nine percent of the country’s gross domestic product (GDP), the sector continues to employ nearly half of the country's workforce, with the two largest crops grown being cotton and wheat. For most Turkmen farmers, cotton is the most important source of income. At a rate of 300 kilograms per citizen, Turkmenistan produces more cotton per capita than any other country in the world.

While cotton has been an important and lucrative commodity for the country, the industry is not without a sordid past in Central Asia.

Because Turkmenistan is mostly desert, its agricultural lands require extensive irrigation. The Aral Sea, located between Kazakhstan and Uzbekistan, had been used extensively when the Soviet Union occupied the region in order to irrigate surrounding land, including cotton farms, which require an abundant supply of water.

The sea is fed by two major river systems, the Syr Darya and the Amu Darya, the latter which traverses through Turkmenistan’s eastern region of Lebap and forms part of the country’s border with Uzbekistan. Beginning in the 1920s and continuing under Stalin, Soviet officials decided that the Central Asian steppes crossed by the two rivers were the right place to jump-start a cotton industry. Using dams and irrigation canals, the water for the cotton was diverted from the rivers that fed the Aral Sea.

The sea went from being the fourth largest inland body of water as recently as 1960 and having a surface area of about 68,000 square kilometers (26,300 square miles), to being reduced in size by 75 percent. It is now ranked as one of the most polluted bodies of water on earth, due to chemical fertilizers and pesticides that were used in farming. Today the sea is primarily a dusty salt bed, littered with the rusting hulks of abandoned ships.

Nowadays, crop irrigation in Turkmenistan depends mostly on the decrepit Garagum Canal, which carries water across the country from the Amu Darya.