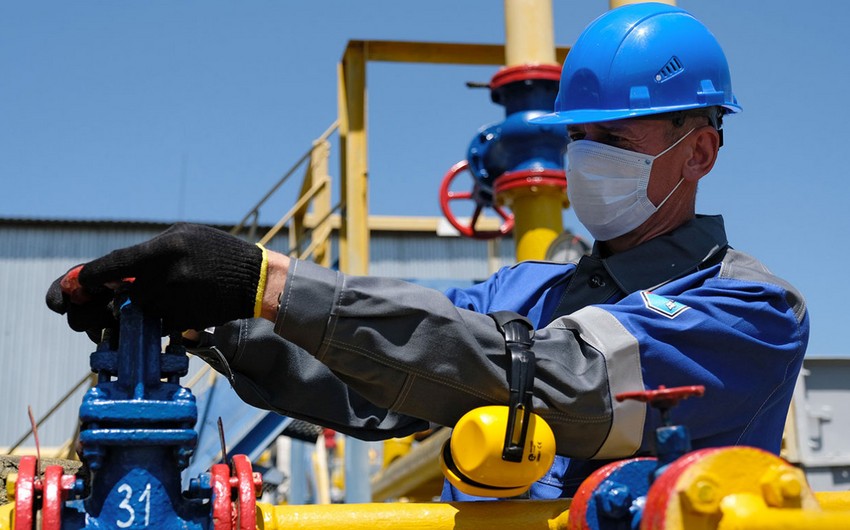 China's state energy firm CNPC will receive up to 51 billion cubic meters of gas from Turkmenistan in exchange for helping the country boost output at its giant Galkynysh field. / Report.Az

“The sides exchanged views on the current agenda of cooperation in the political, diplomatic, trade, economic, cultural and humanitarian spheres, as well as on expanding areas of cooperation,” the state-run news agency Turkmenistan Today reported on November 22.

“It was noted that as a result of important bilateral events held since the beginning of this year, an impetus has been given to the development of the Turkmen-Chinese strategic partnership.”

Serdar Berdimuhamedow said during the online meeting that digital economy, finance, banking, transport, logistics, communication networks, the chemical industry, agriculture, the implementation of energy and water-saving technologies were “promising areas of cooperation to step up the Turkmen-Chinese partnership.”

For his turn, the high-ranking Chinese official said the two sides should give full play to the role of the cooperation committee, implement the significant consensus reached by the two heads of state, and elevate China-Turkmenistan cooperation to a new level to bring more benefits to the two countries and peoples.

In recent years, China has increased its economic presence in Turkmenistan and is currently heavily involved in the Central Asian country’s natural gas sector and transit routes. In addition, Beijing is beginning to be a serious competitor to the US and Russia in the arms trade in Central Asia. However, despite bilateral agreements with China, Turkmenistan does not participate in the Chinese-influenced Shanghai Cooperation Organization.

This July, Chinese State Councilor and Foreign Minister Wang Yi held talks with Turkmen Deputy Prime Minister and Foreign Minister Rashid Meredow. As part of the meeting, the sides agreed to negotiate and sign documents for cooperation under the Belt and Road Initiative as soon as possible and formulate a five-year plan for collaboration and a plan for expanding partnership in the economy. Officials also agreed to facilitate the negotiation on natural gas cooperation and ink international road transport agreements and pacts in other areas.

In early June, Turkmenistan announced that it had fully repaid a loan taken from China to finance its part in constructing the Turkmenistan-China gas pipeline and developing its giant Galkynysh gas field.

In December 2009, state-owned Turkmengas signed contracts with multiple Chinese companies, including CNPC Chuanging Drilling Engineering Company Limited, providing for the design and construction of production wells and surface facilities at the Galkynysh field. Chinese government allocated $8.1 billion in loans to accelerate these activities. Under the agreement, Turkmenistan was supposed to supply gas to China in order to pay off the loan.

Meanwhile, CNPC reportedly won a tender to construct three new wells at the Galkynysh gas field earlier this year. The company will receive up to 51 billion cubic meters of gas from Turkmenistan in exchange for helping the country boost output at its giant gas field.