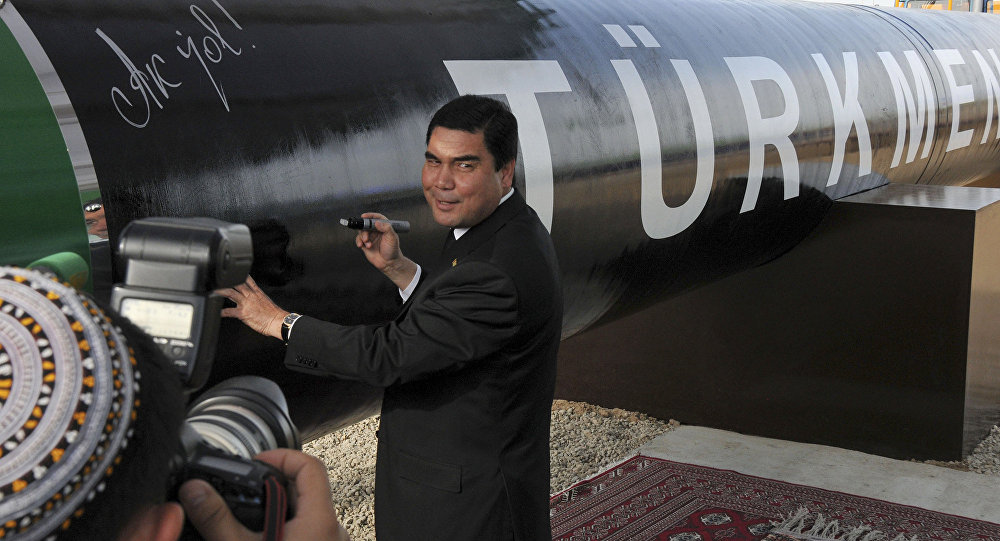 The state-owned subsurface exploration company Turkmengeologiya made another gas discovery in the Caspian region, hitting an onshore reservoir in Turkmenistan, which contains the world’s fifth largest proved natural gas reserves.

Specialists from Turkmengeologiya report an industrial gas inflow at a depth of about 2,400 m (7,874 ft) in Tajibai, an area located in the eastern corner of Turkmenistan. Further analysis is required to assess the deposit and determine its potential for development.

“Currently, the research institute of the state concern Turkmengas is estimating the gas resources in the reservoir,” Turkmenistan Today quoted Myratgeldi Meredov, a deputy prime minister, as saying.

What is a largely desert country has proved natural gas reserves slightly over 7.5 trillion cubic meters (tcm), according to U.S. government figures, putting it behind Saudi Arabia, Qatar, Iran and Russia. Turkmengas, the state-owned gas company, is developing about 30 gas and gas condensate deposits. The Galkynysh gas deposit, located in Mary province in the southeast, is considered one of the biggest and may hold more than 27 tcm.

Hydrocarbon exports, the bulk of which is natural gas going to China, make up 25 percent of Turkmenistan’s gross domestic product, but low energy prices since mid-2014 and subsequent pricing disputes with Russia and Iran have hampered Turkmenistan’s economic growth.

Meanwhile, the Turkmenistani government has explored two initiatives to bring gas to new markets, including a trans-Caspian pipeline that would carry the gas to Europe and the Turkmenistan-Afghanistan-Pakistan-India gas pipeline. Both projects, however, face financing and political hurdles.

With an aim to strengthen the country’s economy and diversify markets for hydrocarbon resources, President Berdimuhamedow urged to intensify the search for oil, gas and other minerals in the country.

Earlier this year specialists from Turkmengeologiya announced a major iron ore discovery at the Chagyl deposit located in the western corner of the country. Based on the preliminary interpretation of the data, the discovery could yield approximately 75 million tons of ore. Drillers from Turkmenistan say the ore may contain at least 20 percent iron.

In addition, the country is nearing completion of constructing its first gas-to-liquids plant, which is expected to process natural gas to liquid fuel, or gasoline, in the town of Ovadan Depe, near the country’s capital Ashgabat. Once in operation, the plant will process 1.7 billion cubic meters of natural gas and produce 600,000 tons of A-92, or Euro-5 standard gasoline per year.