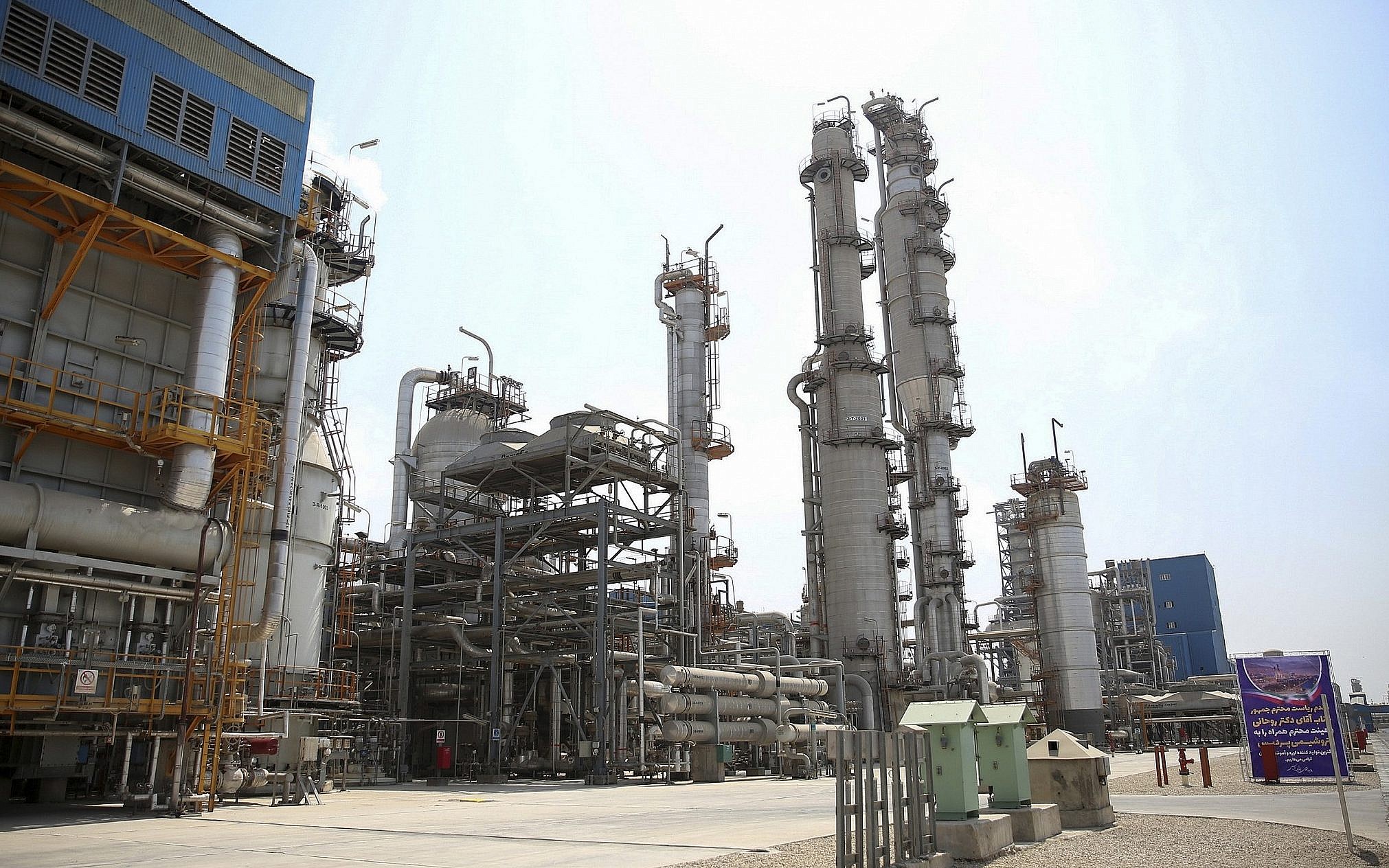 A part of Pardis petrochemical complex facilities in Assalouyeh on the northern coast of the Persian Gulf, Iran, September 4, 2018. / AP

Turkey has stopped purchasing oil from its main supplier to comply with U.S. sanctions, despite officials in Ankara having earlier criticized Washington’s decision to re-impose sanctions on Iranian oil and gas.

"Turkey has stopped purchasing Iranian oil since May, due to the end of the permits granted by the United States to eight buyers last November. The government will continue to comply with Washington’s demand to stop all imports of crude oil from the Islamic Republic," Reuters quoted a Turkish official, who spoke on condition of anonymity, as saying on May 22.

“We are not getting any oil from Iran now,” the official said, adding “We were one of the eight countries getting an exception from those sanctions, and now we are ready to abide by them.”

Refinitiv tracking data has reported that no tankers loaded in Iran arrived at Turkish ports so far this month. Turkey began reducing its Iranian imports in March, gradually making up for the shortfall with imports from Iraq, Russia and Kazakhstan.

Four days after the Iranian waiver ended, a tanker carrying 130,000 tons of crude crossing the Mediterranean to Turkey changed course and turned off its tracker, Refinitiv analyst Ehsan ul-Haq said.

Tensions between Iran and the United States increased earlier this month when President Donald Trump warned he would send 120,000 American troops to the Middle East, and sent an aircraft carrier, B-52 bombers and Patriot missiles. Officials in Washington maintained that the moves were to counter what were described as "clear indications" of threats from Iran to troops already stationed in the region.

The Turkish government had been a critic of the U.S.’s decision to re-impose sanctions on Iranian oil and gas, saying that the sanctions would cause regional instability. After the Trump administration announced the end of waivers, Turkey’s foreign minister, Mevlut Cavusoglu, said Ankara had not been given enough time to diversify its oil and gas supplies to exclude Iran in such a short period of time.

Energy-starved Turkey is dependent on oil and gas imports. Before the U.S. pulled out from the nuclear deal, or the Joint Comprehensive Plan of Action, in May 2018, Turkey imported an average of 912,000 ton of oil a month from Iran, comprising 47 percent of its imports.

However, since November 2018, when Washington imposed oil and gas sanctions and granted the six-month waivers to Iran’s eight largest oil markets, Turkey imported an average of 209,000 ton of Iranian oil a month, or 12 percent of its total imports.

Iran's top oil clients China and India have also stopped purchases from Iran since the U.S. withdrew waivers to the two countries and six other nations on May 1, which had allowed them to import some Iranian crude without being exposed to punitive action.