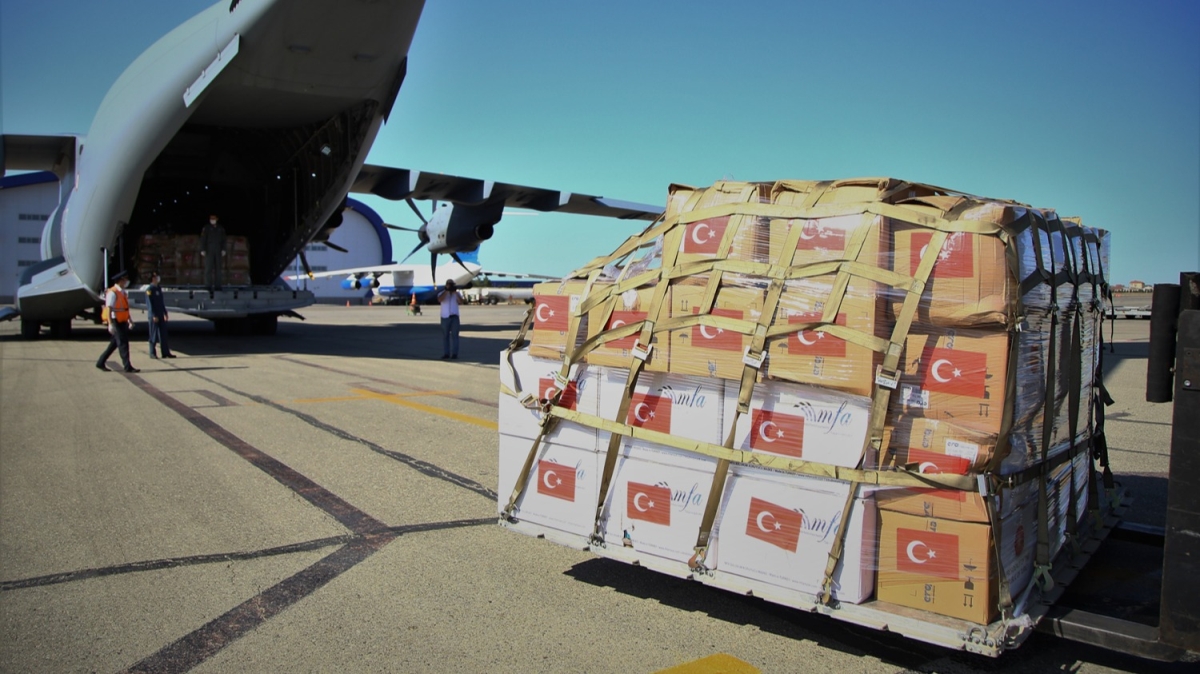 The government of Turkey has sent a major shipment of medical supplies to Azerbaijan to support the Caspian country as it deals with the impact of the novel coronavirus.

Director of the Foreign Policy Issues Department at the Presidential Administration of Azerbaijan, Hikmat Hajiyev, who met Turkish Air Force personnel delivering the supplies at the airport, said the aid reflects the strong relationship between the two countries.

"Azerbaijan and Turkey are taking joint steps against the COVID-19 outbreak on the international scale. There are consultations and sharing of experience between the health care institutions of the two countries," Hajiyev said, addressing Azerbaijani government's gratitude to the officials in Ankara, including President Recep Tayyip Erdogan, according to Azertag.

Turkey's ambassador to Azerbaijan, Erkan Ozoral said the major challenges created by the pandemic can be addressed through global cooperation. The government of Ankara has helped over 100 countries strengthen their efforts to deal with outbreaks, he said, adding that support to Azerbaijan was a priority.

According to statistical data compiled by Google, the spread of coronavirus in Azerbaijan has led to 20,837 confirmed cases and 258 deaths as of July 6. The number of recoveries stands at 12,182. To contain the spread of the virus, the government extended a lockdown until August 1 keeping the country's borders closed to incoming and outgoing travel by sea, air, and land.

Azerbaijan has recorded the least number of COVID-19 infections in the Caspian Sea region based on data provided by various sources, which contain no available statistics from Turkmenistan. Russia accounted for the highest number of confirmed cases in the region with over 687,000 infections, followed by Iran (243,051) and Kazakhstan (48,574). Iran's 11,731 death toll is the region's biggest against 10,296 fatalities in Russia, 258 in Azerbaijan, and 188 in Kazakhstan.

In June, Azerbaijan received medical supplies sent by the government of the United Arab Emirates, which have equipped 11,000 medical workers involved in the combat against the virus. The country's efforts for curbing the pandemic was supported financially by the US government through $5.3 million assistance provided in March and May. In April, officials in Azerbaijan received medical supplies delivered by China's leading Jack Ma Foundation and Alibaba Foundation.

In addition to receiving assistance, the government of Azerbaijan also actively supports different countries fighting COVID-19. Financial and medical supplies from Azerbaijan have reached over 30 countries to date, according to the Presidential Administration's official Hikmat Hajiyev. The World Health Organization and Iran received $10 million and $5 million in financial assistance from Azerbaijan, respectively.