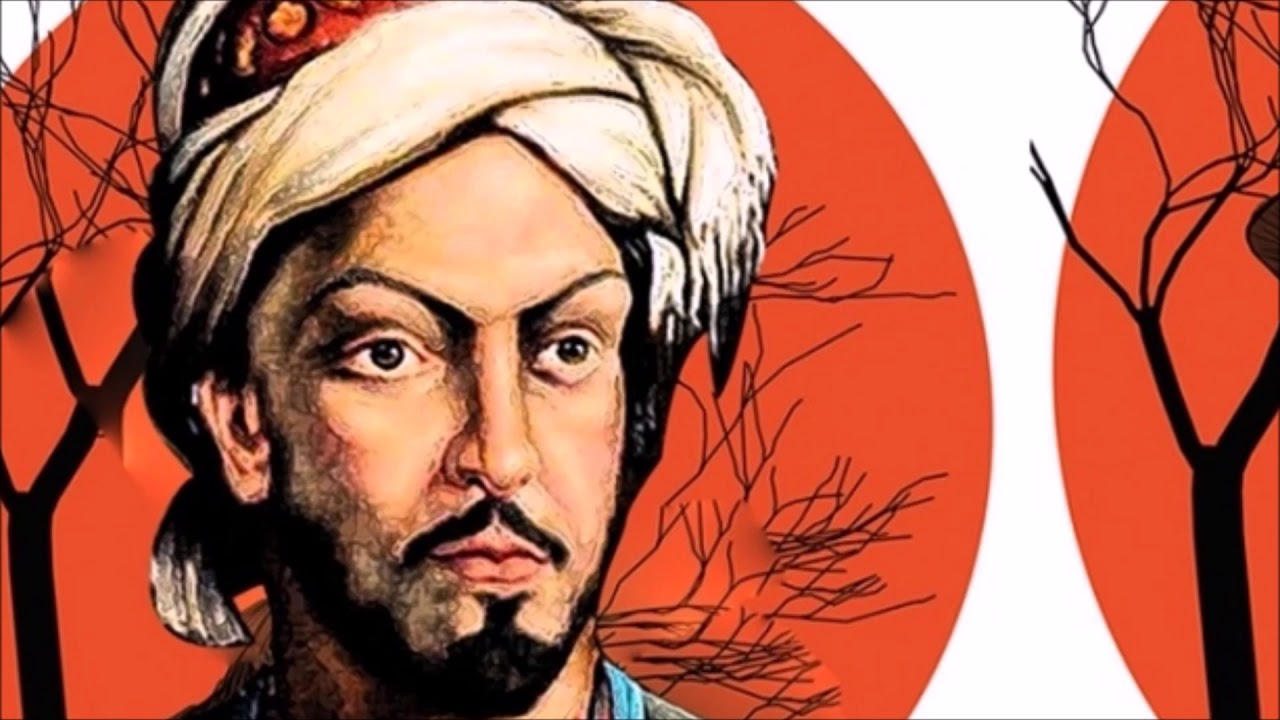 For Nasimi, God was the very center of the entire creation and bestowed His Light on mankind

The legacy of the famed Azerbaijani poet and thinker Imadaddin Nasimi went beyond the boundaries of Azerbaijan to a greater region stretching from the Middle East to the Balkans. Manuscripts written by Nasimi were recently discovered by an Azerbaijani researcher at the Egyptian national library Dar Al-Kutub Al-Misiriyya.

Seymur Nasirov, who serves as the chairman of the "Patriot" Azerbaijani Diaspora Organizations Association in Egypt, said last week that his quest for the traces of Nasimi’s legacy in Egypt led him to two manuscripts that have been kept in one of the world’s most visited libraries, in Cairo.

According to Nasirov, one of the scripts is in Nasimi’s mother tongue – the Azerbaijani language belonging to the Turkic language family – and the other is in Persian. Nəsimi Külliyatı, meaning “the Nasimi collection,” is written on the Azerbaijani text and consists of poetry and prose. Most poems are written in rubai (quatrains) and couplet styles, but there is also a ghazal – a poetic expression of the pain of loss or separation in the script. Nasimi’s prose mostly addresses moral admonitions and the family and followers of the Muslim prophet Muhammad.

“The most distinctive feature [of the Azerbaijani manuscript] is that there are separate poems that end in the same letter like in the Arabic alphabetical order,” Nasirov told AzVisions.az. “The manuscript, consisting of 254 pages, is written in small letters. It was copied in 941 in Islamic Hijri calendar, or in 1535 AD.”

“The Persian-language manuscript is relatively small and consists only of poems. Its name is Divan Nasimi,” Nasirov said, noting that the script consists of 86 sheets, each measuring 11 by 16 cm (4.3” x 6.3”).

Ali ibn Seyid Muhammad, who was better known by his pen name Nasimi, was a famous poet born in the Azerbaijani city of Shamakhi in 1369. He is considered one of the greatest poets and philosophers of Azerbaijan, having written works in Azerbaijani, Persian, and Arabic. Nasimi died in Aleppo, Syria in 1417.

Nasimi’s works found in the Cairo library are a testament to the impact of his poetry on the formation of Islamic literature and culture, as well as the historic relationship between the Middle East and Azerbaijan. The poetic legacy of Nasimi is considered a state asset of the Republic of Azerbaijan, which is located south of Russia and north of Iran.

Paul Smith, who authored the book “Nesimi: Selected Poems” and includes his own translations, identifies Nasimi as one of the greatest mystical poets of the late 14th and early 15th centuries, and one of the most prominent among early divan masters in Turkish/Azerbaijani literary history.

Nasimi drew inspiration from a doctrine of the Sufi Islamic tradition known as Hurufism, which identifies the universe as eternal and accepted prophets as the disseminators of religions. Hurufism considered man as a supreme copy of God and the key to haqiqa, (“truth”). Nasimi promoted in his works the concept of free will and a principle of universal love and tolerance, looking above the boundaries of man’s imagination and seeking the image of God hidden in every single human being.

Nasimi’s ideology was ignored by Muslim theologians of his time as blasphemy, as they considered unacceptable the idea of deifying human beings. His isolation by religious circles led to his execution in Aleppo, where he was skinned alive on the orders of the Turkic warlord and the founder of the Timurid Empire, Amir Timur.

To raise awareness about the role of the Nasimi heritage in shaping modern humanitarian thought and in promoting worldwide the national cultural and moral values of Azerbaijan, Azerbaijan’s President Ilham Aliyev declared the year of 2019 as the “Nasimi Year” in January. UNESCO celebrated the 600th anniversary of the poet’s birth at its headquarters in Paris in 1973 and arranged the same commemoration ceremony for his death’s 600th year, in 2017.

A metro station, a street and a district in Azerbaijan’s capital city Baku bear the name of Nasimi. His bust was unveiled in the Moscow International Relations Institute, while monuments to the poet have been erected in Baku, Khachmaz and other cities of Azerbaijan and in Ukraine’s capital Kyiv.