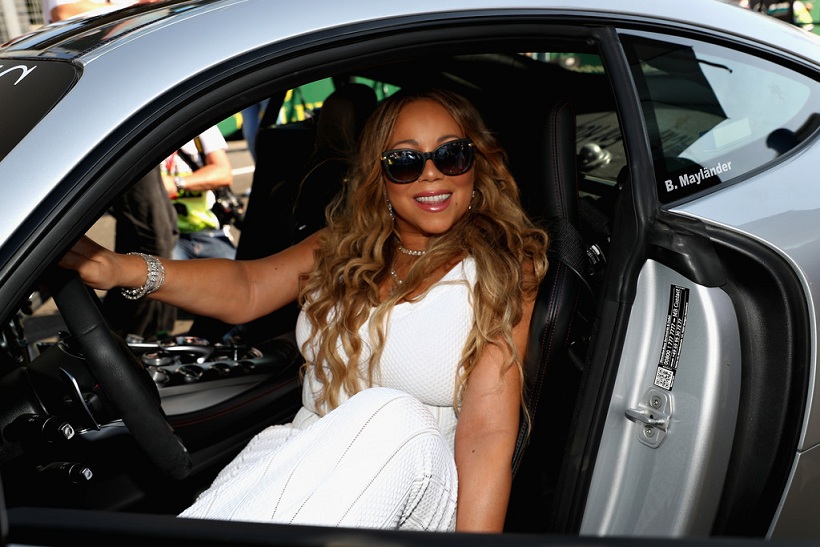 With the 2017 Formula One season coming to a close, organizers recently recalled the most interesting moments where celebrities appeared on racetracks around the globe. The 2017 F1 season resembled a hall of fame, as world-famous actors, politicians, supermodels and singers emerged unexpectedly to the admiration of crowds, taking center-stage alongside winners of F1 races.

Baku, the capital city of Azerbaijan and located along the Caspian Sea coastline, played host to the 8th F1 race and had Mariah Carey as its celebrity guest. The five-time Grammy Award winner and American pop diva played the role of Safety Car driver in Baku prior to starting the rough-and-tumble race that saw Daniel Ricciardo of Red Bull emerge as the winner.

Carey gave a solo concert on the Baku Seaside Boulevard during the closing day of the Azerbaijan Grand Prix, held from June 23-25. The best-selling female artist of all time sung iconic numbers such as “Hero", "Fantasy", "Always Be My Baby" and "We Belong Together,” in a concert that also featured American pop singer Nicole Scherzinger and The Black Eyed Peas, as well as Turkish megastar Tarkan.

The 2018 FIA Formula One World Championship calendar includes races at 21 different locations across the world and will feature two cities from the Caspian basin, namely Baku and Sochi, Russia. Baku will host what will be its fourth F1 Grand Prix race on April 29, while Sochi, located along the Black Sea coastline, will play host the weekend of September 30.