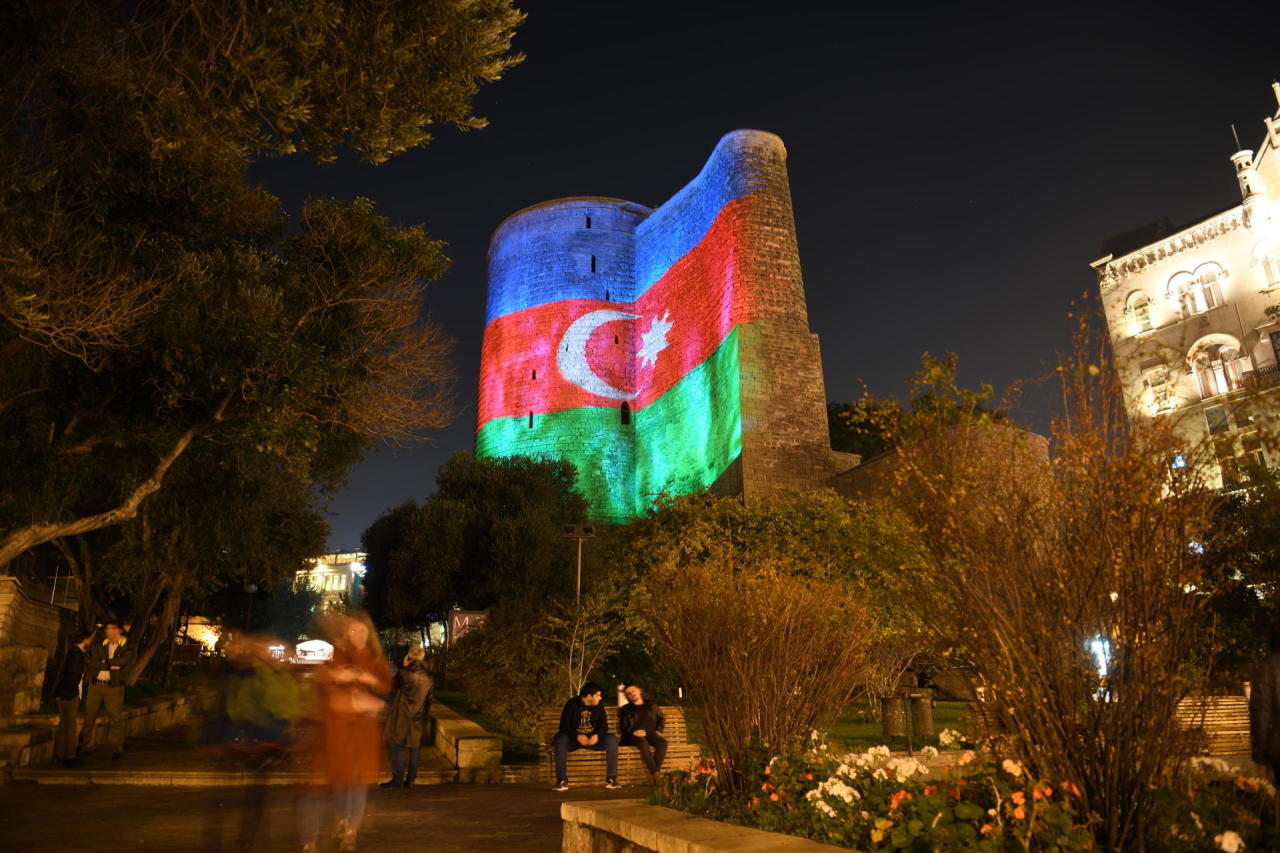 The display of Azerbaijan's three-color national flag on the Maiden Tower, a historical UNESCO-protected building in the center of Baku / Milli.Az

Around 50 million Azerbaijanis living in dozens of countries on five continents from America to Australia are celebrating the Solidarity Day of World Azerbaijanis on December 31, a day that is recognized as the symbol of the nation’s solidarity.

The worldwide solidarity celebration of Azerbaijanis stems from the events that took place in 1989, when Azerbaijanis living in what was then the Soviet Union of fifteen republics, and Iran broke the decades of separation and united with their relatives despite all hindrances and prohibitions. Hundreds of Azerbaijanis flocked from Nakhchivan, an exclave to the southwest of Azerbaijan’s mainland, to the border with Iran and dismantled the security wires for putting an end to years of separation.

Azerbaijan’s former President Heydar Aliyev signed a decree in 1993 to officially mark December 31 as the Solidarity Day of World Azerbaijanis.

Around a half million Azerbaijanis live in Georgia, and almost the same number of Azerbaijanis reside in the United States, according to the government data. Germany, the United Kingdom, Ukraine, Canada, Israel, France, Sweden, the Netherlands, Hungary, Kazakhstan, Uzbekistan, Turkmenistan, Iraq, Syria, China, Japan, and Australia are home to more than two million Azerbaijanis overall.

“I do hope that along with integration into the life of the countries our compatriots live in, they will also maintain their national identity, moral values and attachment to their historical Motherland, demonstrate a unity of action and ideas, indestructible solidarity in the name of the present and bright future of Azerbaijan,” President of Azerbaijan, Ilham Aliyev said in a congratulatory message addressing the world Azerbaijanis on December 25.

Shahin, 31, an Azerbaijani national who currently lives in New York City says distance is not the case to love and think about your motherland.

“I’m living here in America for more than three years, I’ve already changed some things in my life, habits, and mind, but I’m still feeling the same strong passion for Azerbaijan,” Shahin told Caspian News. “What happens there, good or bad, is like happening to me. Because I took Azerbaijan with myself to New York.”