Thanks To French Locomotives, Azerbaijan May Be Well-Positioned Along China’s Belt & Road Initiative 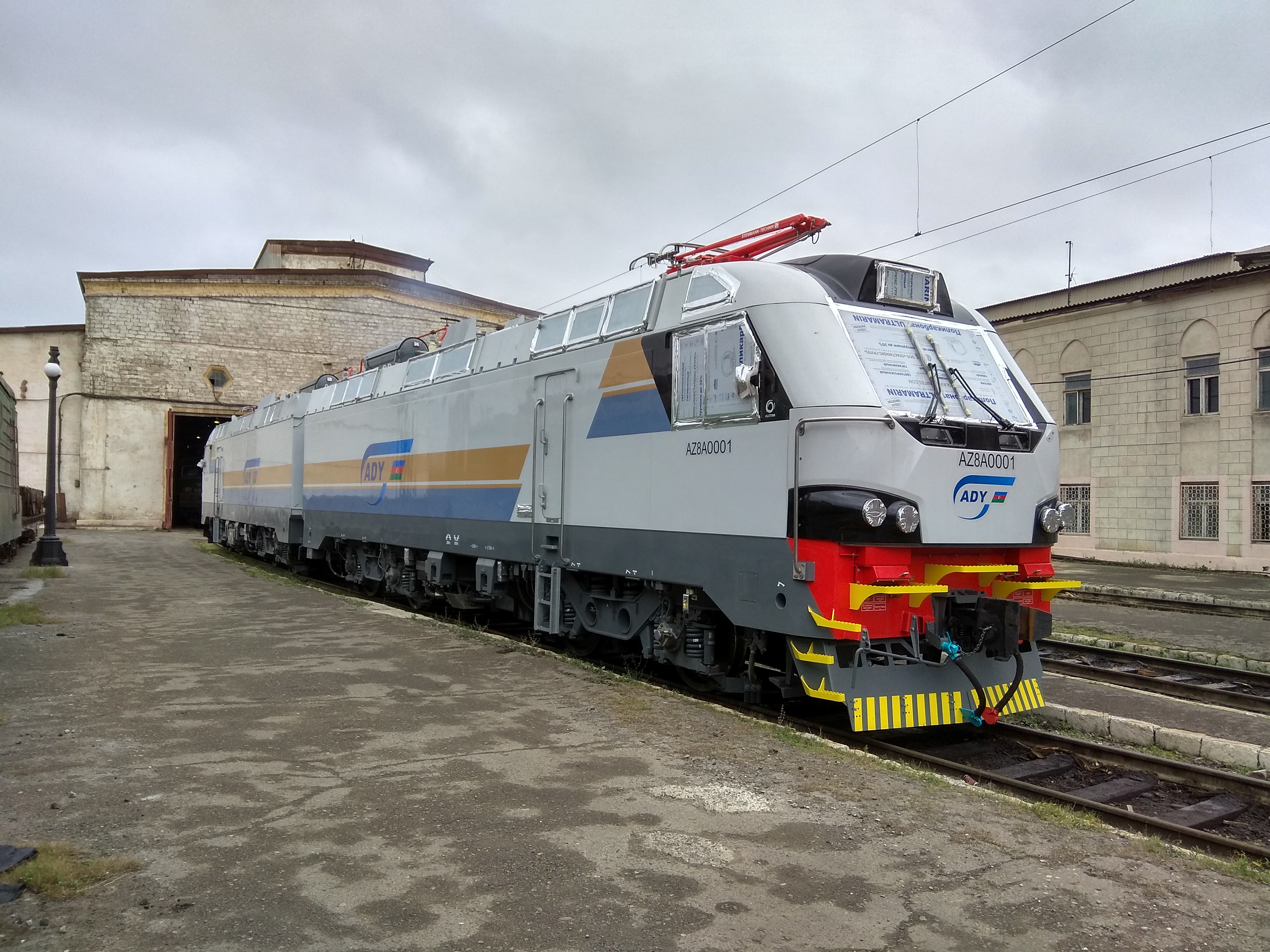 The new freight car is ranked one of the most powerful electric locomotives in the world and is capable of running at 120 kilometers per hour, or about 74.5 miles per hour. / Alstom

Transportation infrastructure in Azerbaijan is improving and promises to connect the Caspian country to markets throughout Europe and Asia, thanks to a French-made heavy freight locomotive arriving in Baku this week that could help cement the country’s contribution to China’s Belt and Road Initiative.

Designed and constructed by Alstom, France's leading transportation engineering company, the new AZ8A locomotive, also known as Prima T8, is one of 40 freight cars ordered by Azerbaijan Railways. The locomotives are being assembled at Alstom’s manufacturing hub in Astana, Kazakhstan through a joint venture between the French company and Russia's Transmashholding.

“We are delighted to continue being a strategic partner of Azerbaijan Railways and to deliver the first freight locomotive to Azerbaijan that will help satisfy the increasing need for freight transportation in the country,” said Bernard Peille, Alstom Managing Director for Western and Central Asia, according to the press statement released by the company.

The new freight car is ranked one of the most powerful electric locomotives in the world and is capable of running at 120 kilometers per hour, or about 74.5 miles per hour. High-tech features allow it to run in an energy-saving mode, making the car energy efficient and environmentally friendly, as it operates via long-distance routes and hauls up to 9,000 tons of cargo.

In addition, the AZ8A is equipped with a climate control system and storage facilities, while its cabins comply with modern-day ergonomics and safety regulations that ensures safety and comfort for passengers and operators. The model was designed and assembled to operate in temperatures ranging from -25°C to 50°C, and requires minimum maintenance, providing high-reliability and a low lifecycle cost.

The deal to produce and deliver 10 passenger and 40 freight cars was inked in 2014, at the tune of €288 million ($329 million). One passenger locomotive arrived in Azerbaijan last November, while the delivery of the nine remaining cars will happen by 2021. In addition, a service depot that will provide technical support and maintenance services is to be built, where French experts from Alstom will train Azerbaijani Railways personnel on how to operate the locomotives.

In the coming months Alstom is scheduled to conduct validation tests on Azerbaijani railways infrastructure, after which the cars will be rolling along rails throughout the country. These include the Baku-Boyuk-Kesik railway line, considered an integral part of the Baku-Tbilisi-Kars (BTK) route, connecting Azerbaijan to Georgia and far eastern Turkey.

Located in the South Caucasus, Azerbaijan’s geographical position and growing, modern economy means it has the potential to become a regional transportation hub between the east and west. As the largest and wealthiest economy in the region, the country stands at the crossroads of major sea, rail and land routes within Eurasia, including the Trans-Caspian International Transport Route (TITR) and Baku-Tbilisi-Kars rail line.

The BTK line, which went online in October, traverses Azerbaijan and Georgia and ends in far eastern Turkey, passing through the cities of Baku, Tbilisi and ending in Kars. With the total length of 526 miles, the BTK can move 17 million tons of cargo per year and three million passengers at its height, expected to be reached in five years. The route helps cut transit time for goods and people moving between China and Europe in half, from 25-30 days to just 15 days.