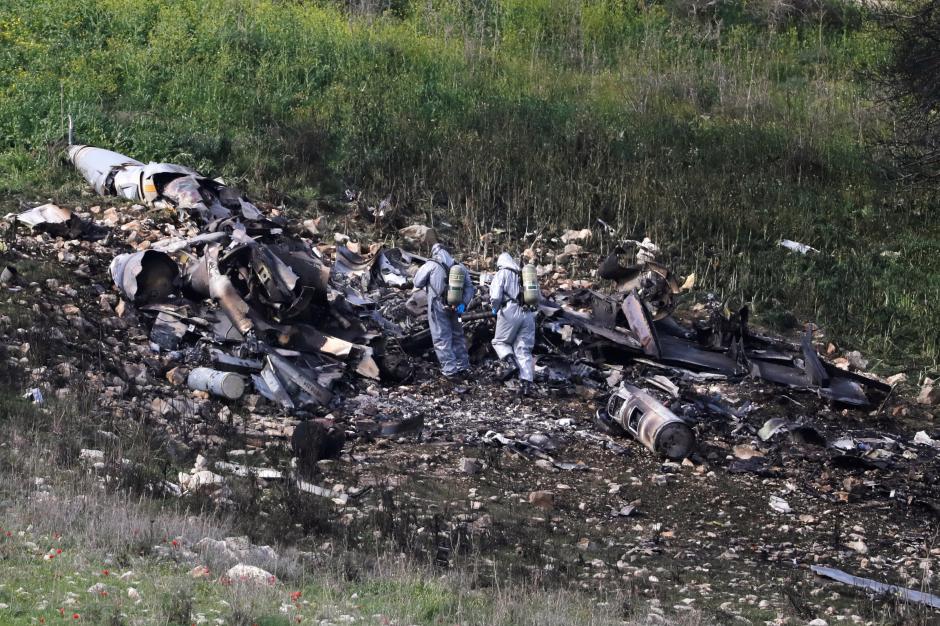 Tensions ran high past weekend after a military standoff between Syria and its southern neighbor Israel, threatening to bring in new actors to a seven year-long civil war and in the wake of a gradually disappearing Islamic State (IS, or “ISIS”).

Syria’s air defense system reported on February 10 that it shot down an Israeli F-16 fighter jet, supposedly marking the first time Israel lost a fighter jet in a conflict it was not involved in directly.

Israel maintains that four of its F-16 jets were returning from a bombing raid on an Iranian drone control site inside Syria. Israel’s defense system alarms in northern Israel were supposedly triggered after a reconnaissance drone encroached on Israeli airspace, leading the Israeli air force to attack.

The two pilots inside the downed F-16 ejected safely before the plane crashed to the ground inside Syria.

The events brings to the fore an escalation of tensions that are decades old, and the standoff marked a first between the two countries since 1982.

Tehran denied any involvement in the drone penetration claim made by Israel.

In a tit-for-tat reaction, Iran’s Foreign Ministry spokesman Bahram Qasemi described as “ridiculous” reports that Israel had intercepted and targeted an Iranian drone on Saturday.

"Reports of downing an Iranian drone and also Iran's involvement in attacking an Israeli jet are ridiculous,” Qasemi told a news conference.

Israel released footage of the moment its forces downed the drone, but the deputy commander of Iran’s Islamic Revolution Guards Corps Brigadier General Hossein Salami declined to confirm the report.

“We do not confirm any reports coming from Israel because Israelis are liars. If Syrians confirm it [the report on downing the drone], we will confirm it, as well,” Salami said.

The Israeli military announced its warplanes hit 12 targets after the drone infiltrated its airspace. According to Israeli sources, three aerial defense batteries and four Iranian targets that form part of Iran's military positions in Syria were targeted in the air strike.

Israel’s Prime Minister Benjamin Netanyahu, in a televised speech, vowed to protect his country against Iran, holding it and the Syrian government accountable for what he called catastrophic developments.

“Iran seeks to use Syrian territory to attack Israel for its professed goal of destroying Israel,” Netanyahu said. “Israel holds Iran and its Syrian host responsible for today’s aggression. We will continue to do whatever is necessary to protect our sovereignty and our security.”

"I reiterated with him [Russian President Vladimir Putin] our obligation and the right to defend ourselves against attacks from the Syrian territory. We agreed that coordination between our armies would continue," Netanyahu said in a televised statement.

"The United States is deeply concerned about today's escalation of violence over Israel's border and strongly supports Israel's sovereign right to defend itself," State Department spokeswoman Heather Nauert said in a statement, according to Reuters.

“Israel is our closest security partner in the region and we fully support Israel’s inherent right to defend itself against threats to its territory and its people,” Pentagon spokesman Adrian Rankine-Galloway said.

Nonetheless, Russia appears to be the sole country capable of playing the role of mediator, as Moscow has warm ties with both Iran and Israel. Putin may look to quell the situation himself rather than have the U.S. get more heavily involved in a region that, in recent years, Russia, along with Iran, has tended to dominate.

In January, a U.S.-led coalition unveiled a plan to set up a new border force of 30,000 Kurdish fighters in northeastern Syria, raising alarms in the region that the White House may be helping to cement an autonomous Kurdish enclave that could further divide the country. Both Turkey and Iran are worried due to their Kurdish minorities, which have argued for independence in decades past.

Israel has routinely voiced concerns over Iran’s alleged plans to establish missile-producing plants and military bases inside Syria, expanding its sphere of influence throughout the Middle East and increasing what it believes to be a threat to the Jewish state’s existence.

In September 2015, Iran’s Supreme Leader Ayatollah Ali Khamenei expressed the hope that Israel would cease to exist in the near future.

“By Allah's favor and grace, nothing called the Zionist regime will exist by 25 years from now.”

Brigadier General Hossein Salami on February 10 warned that the guards could unleash “hell” on Israel, and destroy all U.S. bases in the region.

“The Iranian forces can destroy all American bases across the region by launching attacks from inside the country… Iran can create a hell for the Zionist regime of Israel,” Salami said.

The Iran-backed Shia group Hezbollah, based in Lebanon, through a statement on Saturday evening renewed its allegiance to Iran in the fight against Israel, describing the downing of the Israeli warplane as the “start of a new strategic phase.”