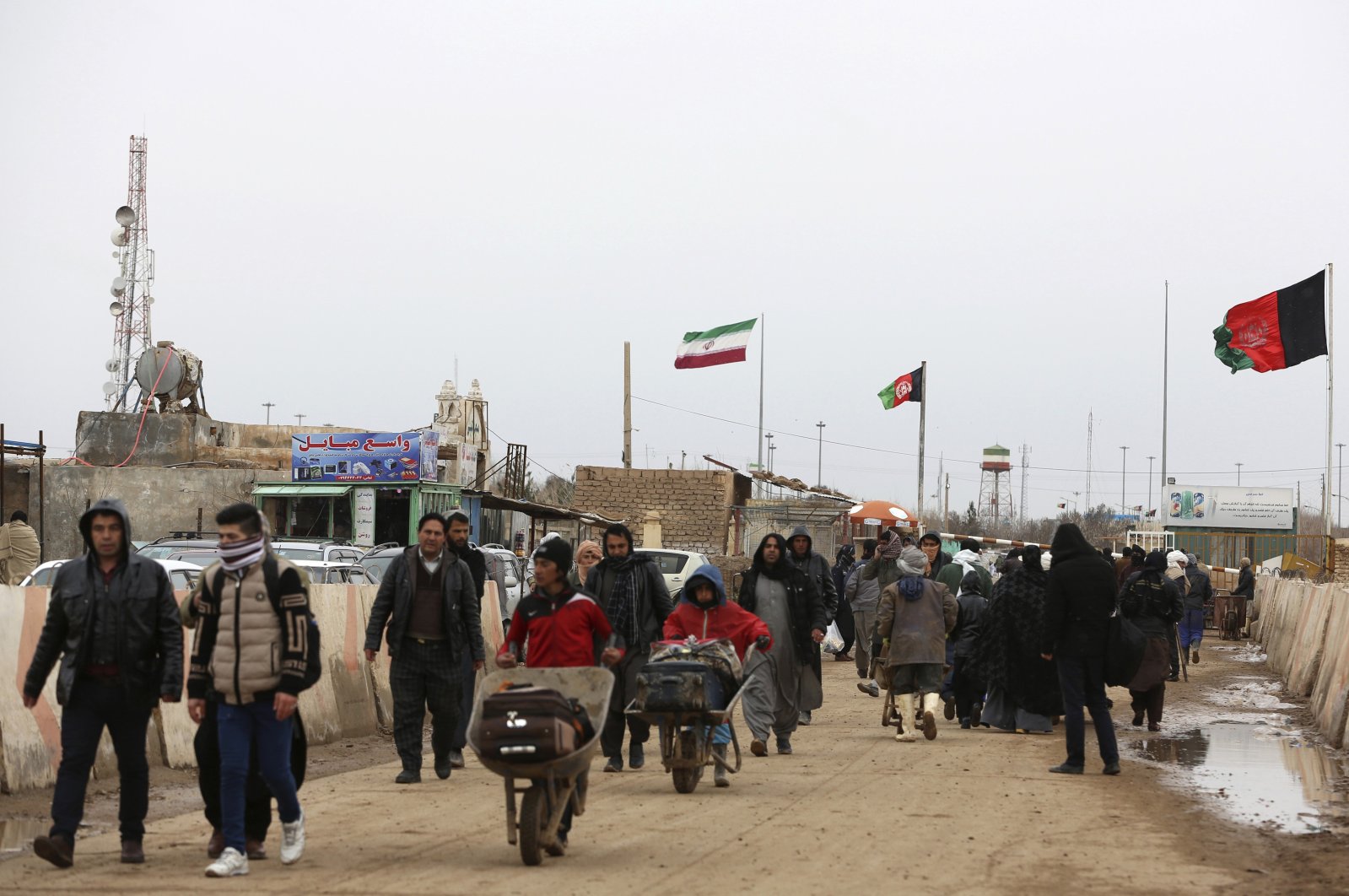 Afghans return to Afghanistan at the Islam Qala border with Iran, in the western Herat province, Afghanistan, February 20, 2019. / AP Photo

Iran’s special envoy for Afghanistan, Hassan Kazemi Qomi, has said that the Taliban government ordered its border guards to steer clear of skirmishes after armed confrontations between Iranian and Taliban border personnel in south-eastern Iran.

“After the clash that took place today in the Hirmand area [Iran’s Sistan-Baluchestan Province], representatives of the Islamic Republic [of Iran] and the Defense Ministry of the caretaker [Taliban] government in Afghanistan held a meeting,” Qomi wrote in a Twitter post on July 31.

“In a telephone call with their country’s border forces, the Defense Ministry of the caretaker government placed onto the agenda the avoidance of skirmishes and the formation of a joint committee for the avoidance of such actions in future.”

Iran’s deputy interior minister for security and law enforcement, Majid Mirahmadi, accused Taliban forces of engaging in “provocations” at the Afghan-Iranian border on July 30 and 31.

He said that Taliban border forces had engaged in “provocations” in the Zahak border region of Iran’s Sistan-Baluchestan on July 30 “without regard to geographical restrictions and border restrictions.”

Mirahmadi added that the following day, Taliban forces engaged in a further “provocation” and fired shots in the direction of Iranian personnel, who returned fire. After an hour, the Iranian border force had managed to bring the incident to a close.

“Afghanistan’s border forces must be taught to respect geographical and international frontiers,” Mirahmadi said, adding that “we have mentioned to Afghan officials multiple times that this issue should not cause scattered incidents like this to happen in defiance of the wishes of both sides.”

According to Rasoul Mousavi, a ministerial aide at Iran’s Foreign Ministry, the reason for such incursions into Iranian territory was the construction of a security wall some distance inside Iranian territory, which had created the mistaken impression that everything beyond the wall was Afghan soil.

On July 31, Iran’s Tasnim news agency reported armed clashes between Iranian border guards and Taliban forces in the border area of Doust Mohammad, as the Taliban had tried to raise the group’s flag on Iranian territory. There were reportedly no casualties among Iranians during the clash, while one Taliban member was killed and another wounded. According to the report, “the clashes are over now.”

Iran shares a 900-kilometer (560-mile) border with Afghanistan and hosts 3.6 million Afghan refugees. Since the Taliban’s takeover of power in Afghanistan in August 2021, hundreds of thousands of Afghan civilians have escaped into neighboring Iran using informal border crossings.

The Taliban launched massive offensive recapturing swaths of land in Afghanistan, including major cities and provinces, simultaneously with the withdrawal of the US servicemen. The group’s return to power after being ousted in 2001 finished with the fall of the capital Kabul on August 15, 2021. President Ashraf Gani fled the country to avoid what he claimed could be “bloodshed.” The group changed Afghanistan’s name for the “Islamic Emirate of Afghanistan,” promising to establish an inclusive government in line with the Islamic sharia law.