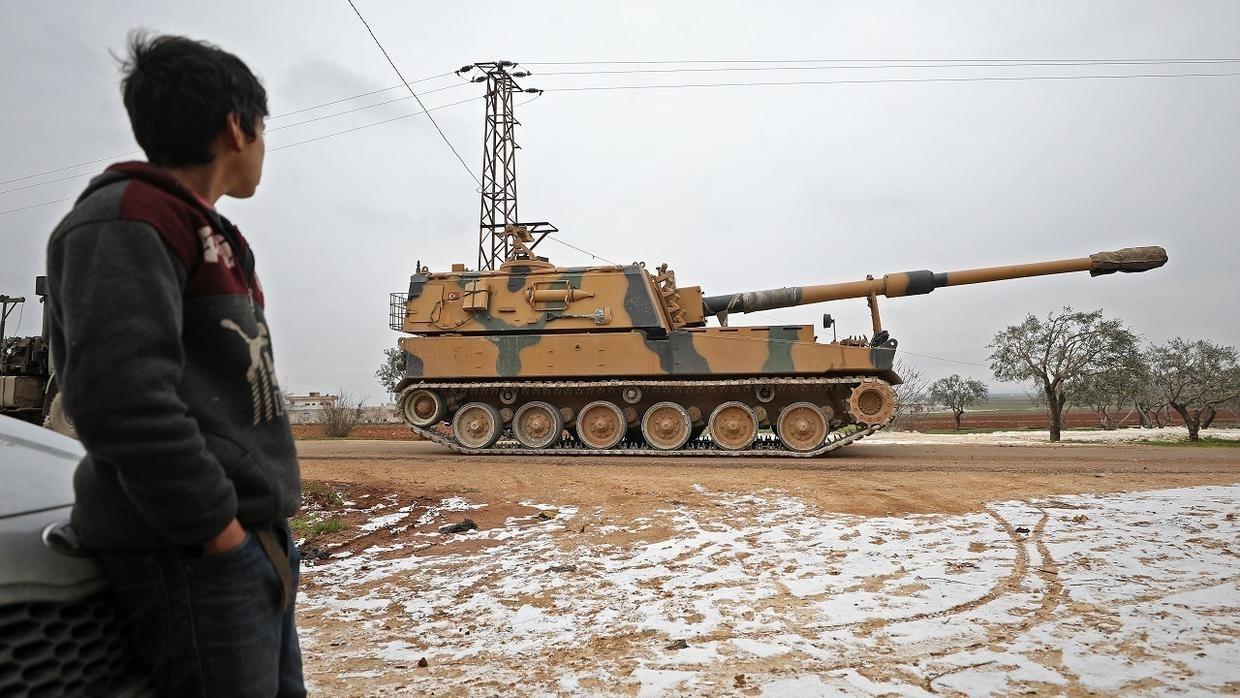 The situation in the northwestern Syrian region of Idlib again plunged the relationship between Moscow and Ankara into a crisis not seen since the downing of a Russian Su-24 fighter jet by Turkey’s air force in 2015.

After Russian and Turkish delegations failed to reach an agreement on easing tensions in Idlib during talks in Moscow held earlier in the week, President Recep Tayyip Erdogan warned that the Turkish military would launch a military operation in the province, which borders Turkey.

Turkish officials, however, voiced their intention to strengthen contacts with Moscow to resolve the matter.

“We conveyed our thoughts to the Russian side, we will enhance our contacts in the coming period,” TASS quoted Foreign Minister Mevlut Chavushoglu as saying on Thursday in an interview with TRT TV Channel.

Idlib is considered the last bastion for rebel and jihadist groups that have been trying to overthrow President Bashar Al Assad in a civil war that is now in its ninth year.

Erdogan set an end of February deadline for the Russian-backed forces of Assad’s regime to pull out of territory that had been captured in recent weeks, such as the strategic M5 highway linking Aleppo to Damascus, and territory surrounding 10 Turkish military observation posts in Idlib.

The Turkish foreign minister stressed that the escalation has caused damage to agreements on Syria that were reached at talks held in Astana and Sochi.

“We can’t say that the Sochi and Astana [processes] have stopped operating, but we can say they have been damaged,” Chavushoglu said. “Now we will do our best to stop the regime of Assad both at the negotiating table and on the spot,” he added, noting that attacks by Assad’s forces complicate the fulfilment of what had been reached in Sochi and Astana.

Russia and Turkey back opposing sides in ongoing battles across Syria: Moscow supports Assad and his forces, and Ankara backs some opposition factions in the northwestern Idlib region.

In 2018, Turkey and Russia signed an agreement to establish a de-escalation zone in Idlib, allowing both sides to set up military observation posts. However, both sides have accused each other of sidestepping the terms of the agreement.

Turkey has hosted a steadily increasing number of refugees from war-torn Syria. According to data provided by the United Nations Refugee Agency, Turkey is now home to the largest number of refugees worldwide, standing at roughly four million people. Syrians comprise about 3.6 million of them, 44 percent of whom are children.

Erdogan’s announcement comes at a time of possible humanitarian disaster in northwest Syria predicted by United Nations. According to the BBC, since Syrian government troops renewed the offensive on the country's last major rebel enclave, about 900,000 people have been forced from their homes and shelters in less than three months, including some 500,000 children.