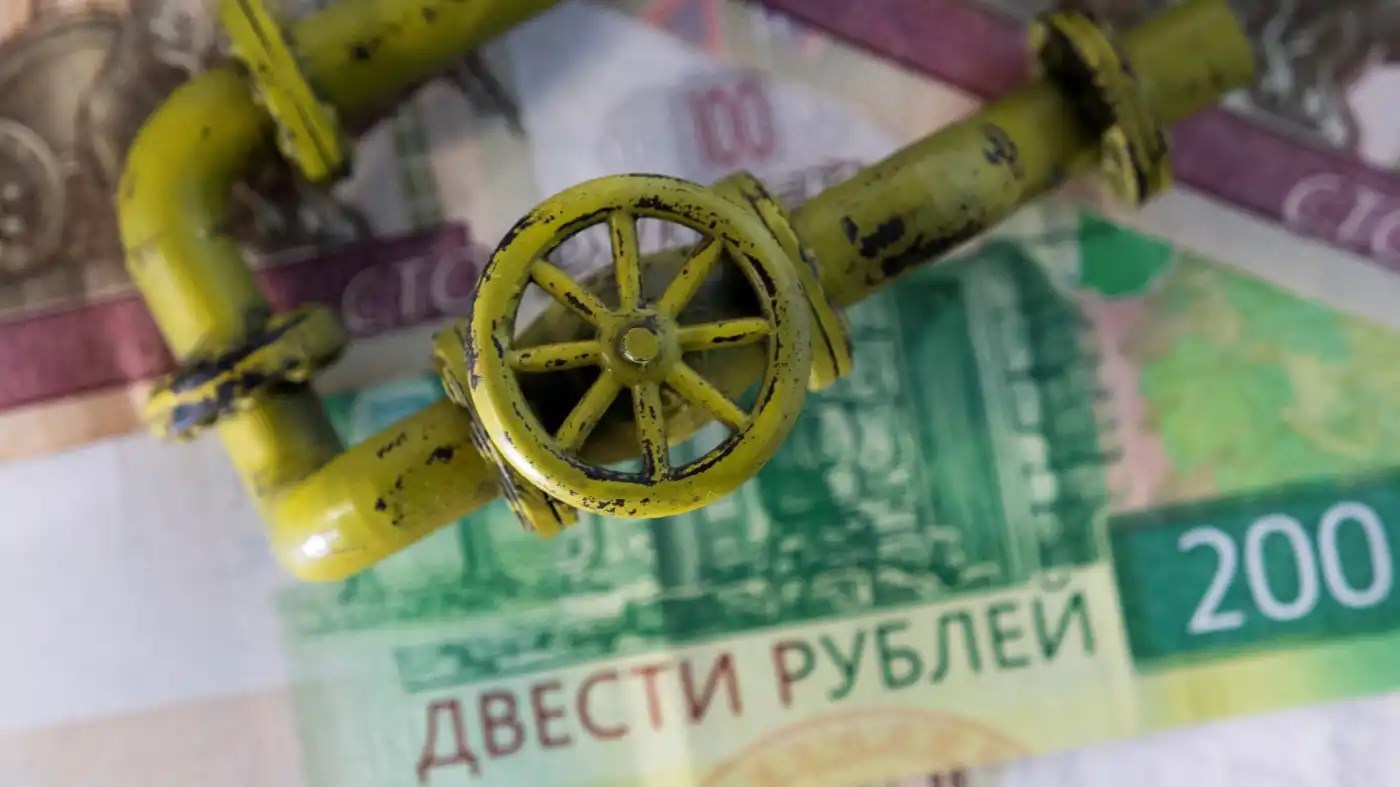 Putin announced last week that “unfriendly” countries, including those responsible for sanctions against Russia, would have to pay for Russian natural gas in rubles rather than dollars or euros, in an attempt to shore up the struggling local currency. / Reuters

Leaders of the world’s seven richest nations have unanimously rejected Russian President Vladimir Putin’s demand to pay for imported gas in Russian rubles, arguing that such a requirement violates the terms of existing contracts.

“All G7 ministers have agreed that this is a unilateral and clear breach of existing contracts,” RBC quoted German Economy Minister and Vice Chancellor Robert Habeck as saying after an online meeting with the G7 energy ministers on Monday. “That means that a payment in rubles is not acceptable and we urge the relevant companies not to comply with Putin’s demand.”

German Chancellor Olaf Scholz echoed Habeck’s statement, saying that gas contracts must be honored in the currency in which they were originally agreed.

“As we already know, the contracts that we are aware of are overwhelmingly in euros and the companies will pay them accordingly,” Scholz said in Berlin on Monday. “We have a situation in which, to put it very simply, contracts must be fulfilled.”

Putin announced last week that “unfriendly” countries, including those responsible for sanctions against Russia, would have to pay for Russian natural gas in rubles rather than dollars or euros, in an attempt to shore up the struggling local currency. He ordered Russia’s central bank and gas suppliers to implement the change by March 31.

Some experts believe Moscow’s demand is aimed at forcing the world to reengage with the Russian economy that was damaged by Western sanctions imposed after Putin’s decision to invade Ukraine.

Commenting on G7 refusal to heed Putin’s demand, Russian lawmaker Ivan Abramov said, on Monday, that such a decision would lead to an unequivocal halt in supplies.

"We will definitely not supply gas for free, that’s for sure," Kremlin spokesman Dmitry Peskov told reporters, echoing Abramov. “It is hardly possible and reasonable to engage in charity in our situation.”

Comprising 27 countries with a total population of 447 million people, the European Union is considered to be one of the largest and most prolific markets for energy exporters, given its lack of domestic resources. Russia has dominated the continent’s natural gas market for decades, and imports of Russian natural gas have continued despite the war in Ukraine. Around 60 percent of imports are paid in euros, and the rest in dollars.

Germany, Europe’s largest economy, currently holds the presidency of the G7 club of developed economies and is the biggest buyer of Russian gas. Around half of its gas and coal imports, and more than one-third of its oil imports, are delivered from Russia.

Ongoing tension between the EU and Russia over the war in Ukraine has pressured European leaders to rapidly reduce their dependence on Russian energy. While the US and the UK have said they will stop buying Russian oil, European leaders have focused on limiting their imports over the next several years through conservation, finding alternative sources, and switching to wind and solar power as fast as possible.

Addressing the Bundestag parliament on March 23, Scholz said Germany will continue to reduce its dependence on Russian oil and gas but warned that any “hasty steps” could plunge the region into an economic recession.

The Group of Seven, or G7, is an organization of the world’s seven large economies, which dominate global trade and the international financial system. The group comprises Canada, France, Germany, Italy, Japan, the UK, and the United States. Russia joined in 1998, creating the G8, however, it was excluded in 2014 in response to what they viewed as Moscow’s annexation of the Crimean Peninsula — a Ukrainian territory that extends into the Black Sea.