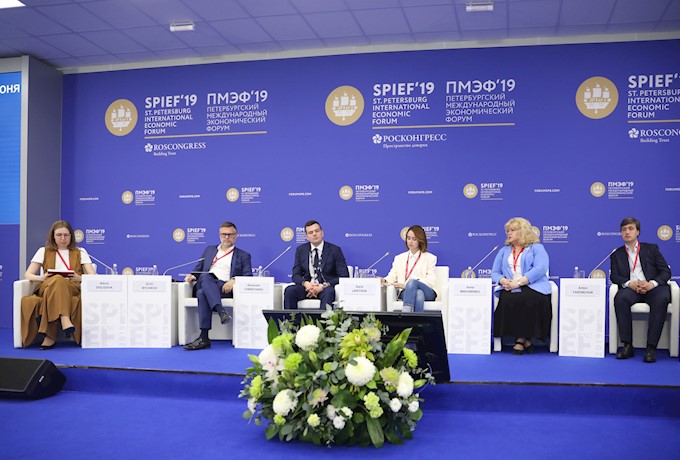 Increasingly tense relations between Russia and the United States over the past five years has not stopped businesspeople and officials from around the world attending the St. Petersburg International Economic Forum last week that reportedly resulted in more than $47.9 billion in deals.

The three-day forum brought more than 19,000 participants from 145 countries together to seek ways to improve and expand multilateral trade and economic cooperation and discuss current geopolitical issues.

“We have hit the record in terms of the volume of signed agreements at the forum,” Izvestia quoted Anton Kobyakov, adviser to President Vladimir Putin and executive secretary of the SPIEF Organizing Committee, as saying on Saturday at a press conference. “The number of signed agreements that are not a commercial secret, to date - 650, totaling 3.1 trillion rubles.”

This year’s forum, which ran from June 6-8, was themed “Creating a Sustainable Development Agenda.” Chinese leader Xi Jinping, the UN Secretary General Antonio Guterres, and vice presidents and prime ministers from 14 countries were represented. The heads of the leading international organizations and unions such as the Commonwealth of Independent States, the World Energy Council and Arctic Economic Council also attended.

Kobyakov took a jab at the U.S. for its sanctions and restrictions on Russia – but credited them for helping with this year’s turnout.

“I cannot do without words of gratitude to Washington,” RIA Novosti quoted Kobyakov as saying. “By their bans, American colleagues are making significant efforts to ensure that SPIEF remains the most important event in the calendar of leading businessmen of the whole world. Special thanks to Washington for this.”

According to reports, 1,300 foreign companies and more than 2,500 Russian companies were represented at the forum. China sent the largest delegation, comprised of 1,072 people, while the U.S. sent the second largest, with 520 people.

“We are delighted that the rapport built at the Eastern Economic Forum last September and the International Arctic Forum in April gains traction and contributes to a new type of dialogue between the forward-thinking US and Russian youth,” commented Sergey Gladysh, the executive director of the Russian-American Cooperation Initiative.

“All our efforts are focused on the future, and we are confident that the emerging bonds will have a positive impact on the development of bilateral relations mid- and long term.”