Several Vessels Join Iranian Navy amid Tensions with US 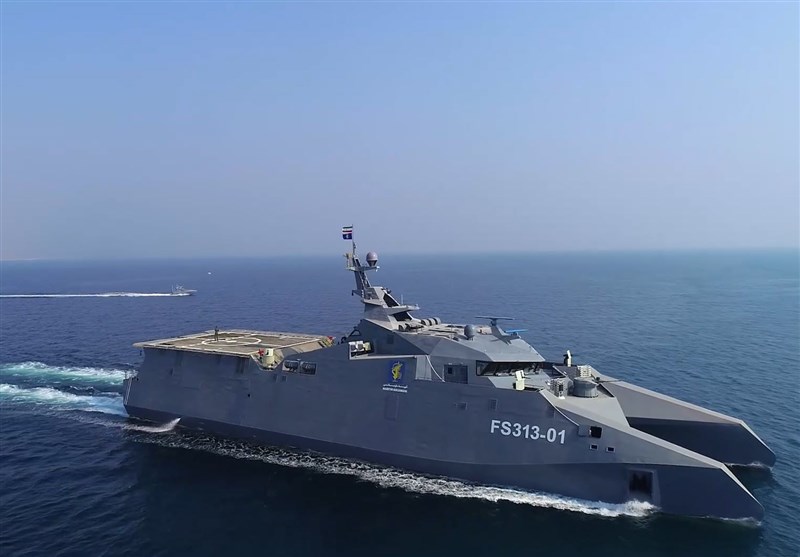 The Shahid Soleimani combat-patrol boat is “the first Iranian vessel equipped with a defensive vertical launching system,” Chief of Staff of the Iranian Armed Forces Mohammad Bagheri said Monday during a ceremony in the southern city of Bandar Abbas.

The boat “evades detection,” and can “carry out various operations in distant waters.” It is also capable of “performing offensive and defensive” moves and can be used for the landing and take-off of seaborne helicopters. The boat is named after the slain Quds Force commander of the Islamic Revolution Guards Corps (IRGC), who was killed in a US drone strike in Baghdad in January 2020.

A number of overhauled vessels joined the southern fleet of Iran’s regular navy in a ceremony held on September 4. The list of the vessels includes two missile launcher ships, a logistics ship, and a Qadir-class light submarine which have been “reconstructed and renovated” in Iran.

On September 1, days after the IRGC Navy attempted to capture a US Navy Saildrone Explorer unmanned surface vessel (USV) in the Persian Gulf, the Iranian Navy reportedly did the same with two American USVs in the Red Sea. After issuing two warnings to an American destroyer to prevent possible incidents, the Iranian Navy’s Jamaran destroyer “seized” and later “released the two vessels in a safe area after securing the international shipping waterway.” According to Iran’s state TV, the US Navy “was warned to avoid repeating similar incidents in future.”

Speaking on the condition of anonymity, a US defense official told the Associated Press that US Navy’s guided-missile destroyers USS Nitze and USS Delbert D. Black responded to the incident and each deployed MH-60 Sea Hawk helicopters until the USVs were relinquished.

Iran’s 84th fleet had been patrolling the waters of the Red Sea and the Gulf of Aden for two months.

Referring to the recent seizure of three US unmanned surface vessels in the Persian Gulf and the Red Sea, the commander-in-chief of Iran’s regular armed forces, Major General Abdolrahim Mousavi, alleged that the US had released the USVs into the water without paying heed to the danger they might pose to shipping in the areas where they had been operating.

Iran itself had little interest in retaining the drones, the senior commander noted, adding that these vessels “aren’t advanced and important enough for their retention to be beneficial to us; we are only assisting in the provision of security.”

On August 30, US Central Command (Centcom) announced that US naval forces had prevented an IRGC support ship from towing a USV in the Persian Gulf on August 29. Iran had released the vessel hours after, following explaining the principles of “security and safe navigation” to US forces on the scene.

Earlier, the commander in chief of the IRGC, Major General Hossein Salami, said his forces were tasked with missions on the high seas. Salami praised the Guards as an “evolving immense naval power in the Strait of Hormuz, the Persian Gulf and beyond.”