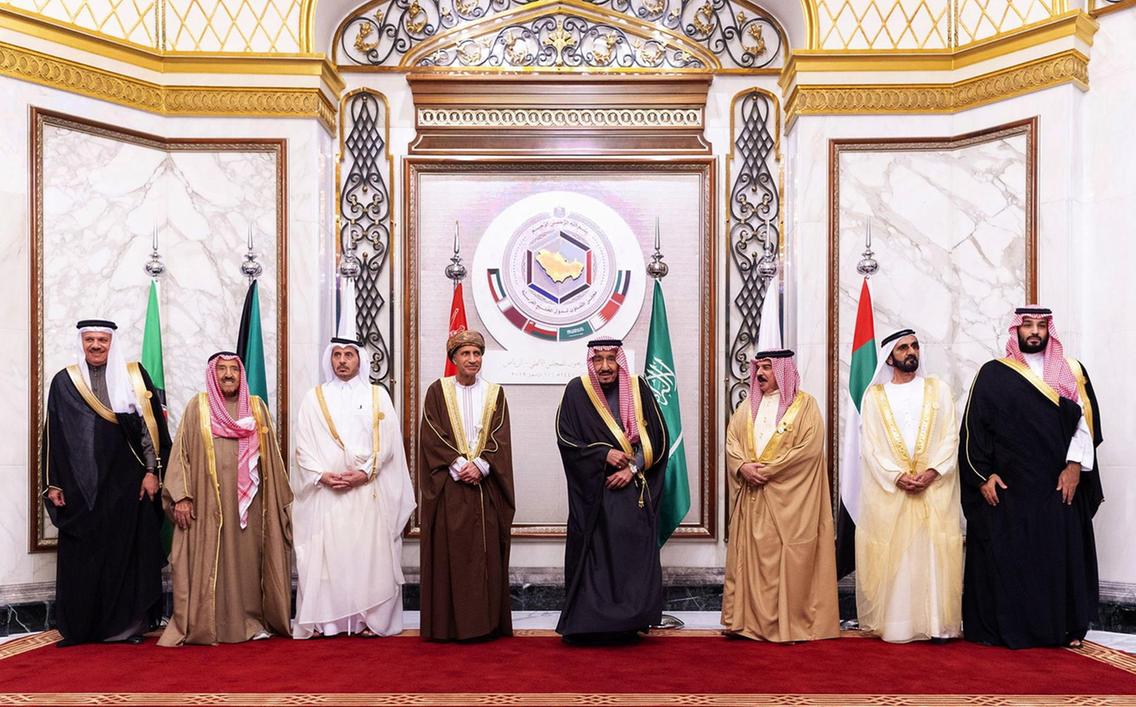 Saudi King Salman bin Abdulaziz has called for unity among the Arab countries to confront Iran in the region and secure energy supplies and maritime channels, during the Gulf Arab summit.

“Our region today is passing through circumstances and challenges that require concerted efforts to confront them as the Iranian regime continues its aggressive actions that threaten security and stability,” King Salman said at the opening of the 40th Gulf Cooperation Council (GCC) summit held at the Saudi capital Riyadh on December 10, according to a report by Reuters.

“The Gulf region must unite in the face of Iran’s aggression and the countries of the Gulf Cooperation Council must secure themselves in the face of ballistic missile attacks,” the Dubai-based Khaleej Times quoted Salman as saying.

A statement by the Gulf Cooperation Council (GCC) after the summit stressed the need to increase military and security co-operation between the six member states to combat Iran’s malign threat. “Members must complete all necessary measures to ensure the security and safety of the lands of the GCC states, their territorial waters and their economy,” the statement added.

Reacting to the statement, Iranian Foreign Ministry Spokesman Seyyed Abbas Mousavi said on December 11 that “many of the fake claims mentioned in GCC statement are not even worth answering; such comments will lead to nothing but the continuation of current destructive trends [in the region] and will push the region into an unknown future,” the official website of the foreign ministry reported.

“The repetition of these unfounded claims is the result of the political pressure exerted by few members of the council that have made every effort in the past decades to hamper multilateral cooperation,” he added.

The spokesman called on the Persian Gulf littoral states to be vigilant and not let the few members disrupt the constructive ties between Iran and its Arab neighbors.

Tensions between Saudi Arabia and its regional rival have been escalated after a missile and drone attack on Saudi’s Aramco oil facilities in mid-September. Yemen’s Iran-backed Houthi rebels claimed the responsibility for the offensive, and Saudis have subsequently blamed Tehran for putting its weight behind the attacks. Officials in Tehran, however, turned down the allegations of Riyadh.

On December 10, United Nations’ Secretary-General Antonio Guterres told the Security Council that the UN examined debris of weapons used in attacks on a Saudi oil facility in Afif in May, on the Abha international airport in June and August, and on the Saudi Aramco oil facilities in Khurais and Abqaiq in September.

“At this time, it is unable to independently corroborate that the cruise missiles and unmanned aerial vehicles used in these attacks are of Iranian origin,” Guterres said, according to Reuters.

The attacks that targeted the Abqaiq and the Khurais oil plants caused a spike in oil prices, damage and shut down more than 5 percent of global oil supply.

In early November, Iran’s President Hassan Rouhani has sent letters to Saudi King Salman and Bahrain’s King Hamad bin Isa Al Khalifa calling for regional peace and stability. Tehran believes multiple dialogues could be shaped in the region, and pressures by the U.S. should not split the regional neighbors.

Although Iran has not had formal relations with these two nations since 2016, officials in Tehran have repeatedly called for talks in order to improve ties with the states of the Persian Gulf.