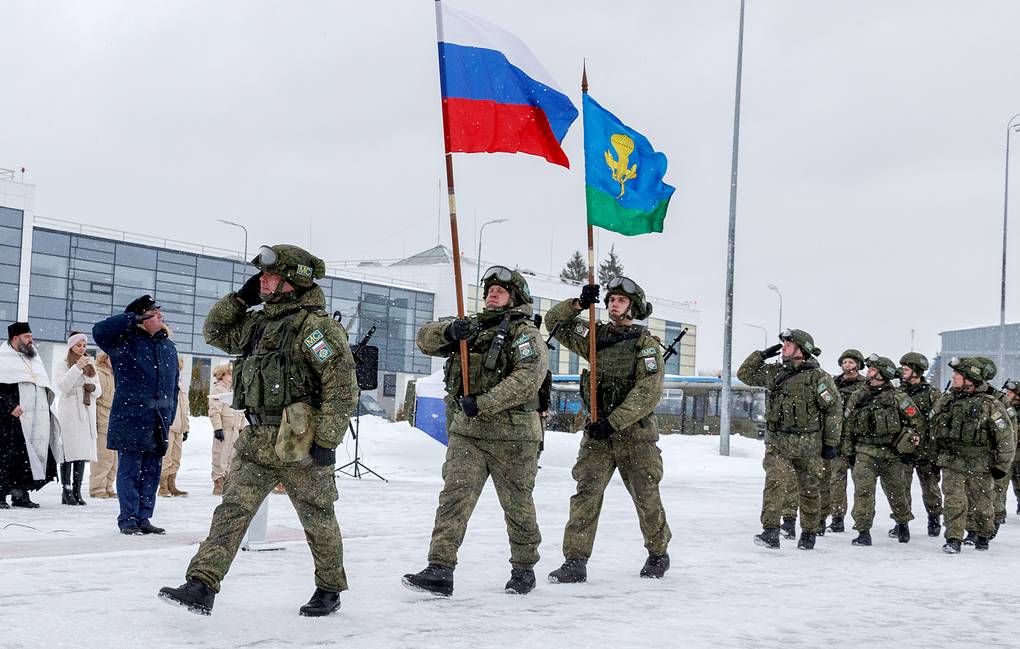 Russia’s military personnel were part of a peacekeeping contingent of more than 2,000 troops deployed in Kazakhstan by the Collective Treaty Security Organization (CSTO). / Vadim Savitsky / TASS

Russian peacekeeping contingent has been returning from Kazakhstan after being sent to help Central Asia’s largest country stabilize the situation amid unprecedented protests.

According to a statement issued by the Russian Defense Ministry on Sunday, 20 planes carrying peacekeepers, who have accomplished their mission in Kazakhstan, arrived at the Chkalovskiy airbase in Russia.

Russia’s military personnel were part of a peacekeeping contingent of more than 2,000 troops deployed in Kazakhstan by the Collective Treaty Security Organization (CSTO), a military alliance between six former Soviet countries, including Russia, Armenia, Belarus, Kazakhstan, Kyrgyzstan, and Tajikistan.

The CSTO operates under a similar premise to that of NATO: an attack on one member state is considered an attack on all others, and each state is obliged to support other members. The bloc’s member countries sent their troops to Kazakhstan after President Kassym-Jomart Tokayev turned to the military bloc for assistance in dealing with protests that later erupted into violence.

As part of their task, joint peacekeeping forces protected important military, government, and other significant facilities in Almaty, Kazakhstan’s largest city, which turned into an epicenter of the protests, and capital city of Nur-Sultan.

On January 12, President Tokayev admitted that the presence of the CSTO peacekeeping contingent had played an important role in stabilizing and normalizing the situation in the country. On the same day, Stanislav Zas, who heads the CSTO, announced that the bloc would start withdrawing troops from Kazakhstan.

“We have accomplished our task,” he added.

The process of withdrawing the contingent is set to continue until January 19.

The protests in Kazakhstan, which started as demonstrations, initially erupted in Zhanaozen, in the country’s oil-rich western region of Mangystau and have quickly extended to other oil towns — Aktau, Aktobe, and Atyrau.

Kazakhstanis flocked to the streets after the sudden hike in the liquefied petroleum gas (LPG) prices. Demonstrators demanded the price to be halved from 120 tenge ($0.27) per liter to the level at which the fuel was sold last year.

However, the protests have intensified into widespread discontent with the government, even though officials in Nur-Sultan had taken a decision to lower LPG prices. The demonstrations then had reached Kazakhstan’s capital city of Nur-Sultan and Almaty, the largest city, turning into the most geographically widespread protest in the country’s history.

According to the country’s authorities, 225 people were killed and more than 4,500 injured in the recent unrest. Over 2,000 people have been arrested during violent riots.