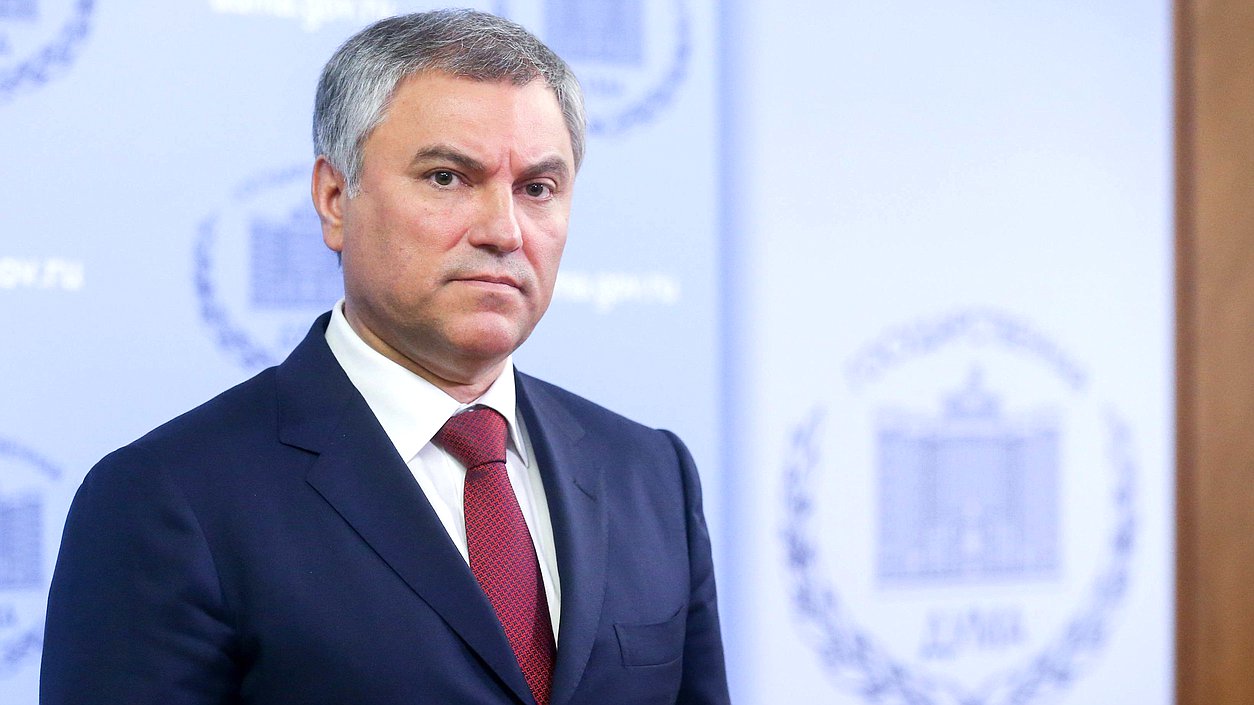 In a resolution adopted on Thursday with a massive majority, the European Parliament strongly condemned the recent attempt to assassinate prominent Russian opposition politician and anti-corruption activist Navalny with a Novichok-like substance.

Vyacheslav Volodin, the speaker of Russian State Duma, the lower house of parliament, says he believes that foreign intelligence agencies are behind Navalny's case, which resulted in the recent European Parliament resolution demanding the EU to increase sanctions on Russia and halt construction of the Nord Stream 2 pipeline.

In this regard, Volodin once again called on the German Bundestag to "once again discuss to what extent their intelligence agencies and officials are involved in the ongoing events."

In a resolution adopted on Thursday with a massive majority, the European Parliament strongly condemned the recent attempt to assassinate prominent Russian opposition politician and anti-corruption activist Navalny with a Novichok-like substance, a nerve agent developed in the Soviet Union and Russia. The resolution called on EU member states to impose restrictive measures targeting Russia and strengthen already existing ones, including isolating Moscow in the international arena, for example, in forums such as G7.

In addition, the deputies proposed to create a sanction mechanism that would collect and block the European accounts of individuals who were being investigated by Navalny's Anti-Corruption Fund.

Traces of a nerve agent from the novichok group - the same poison used against Russian ex-spy Sergei Skripal and his daughter Yulia in the city of Salisbury in the UK - were found by German scientists on a water bottle the 44-year-old anti-corruption campaigner drank from in the Siberian city of Tomsk. However, medical professionals at the Omsk hospital, where Navalny was originally taken before leaving for Berlin, claimed they had found no evidence of toxic substances in his body.

Moscow dismissed claims of any complicity in Navalny's case and implied that he could have been poisoned as a "provocation" after he left the country. The speaker of the Duma believes western countries wanted to "stop Russia’s actions to protect Belarus" and were using Navalny’s incident as an excuse.

"Western countries understand that Russia will not allow violating international law, especially since we have a treaty relationship within the CSTO and the Union State, which will not allow undermining the sovereignty of Belarus," RBC quoted Volodin as saying on Thursday.

With pressure growing in and out of Russia's vital ally Belarus, Moscow has repeatedly expressed its readiness to provide needed assistance, if necessary, through the Collective Security Treaty Organization (CSTO) - a military alliance between six former Soviet states. The military bloc dominated by Russia operates under a similar premise to that of NATO: an attack on one member state is considered an attack on all others, and each state is obliged to support their fellow members.