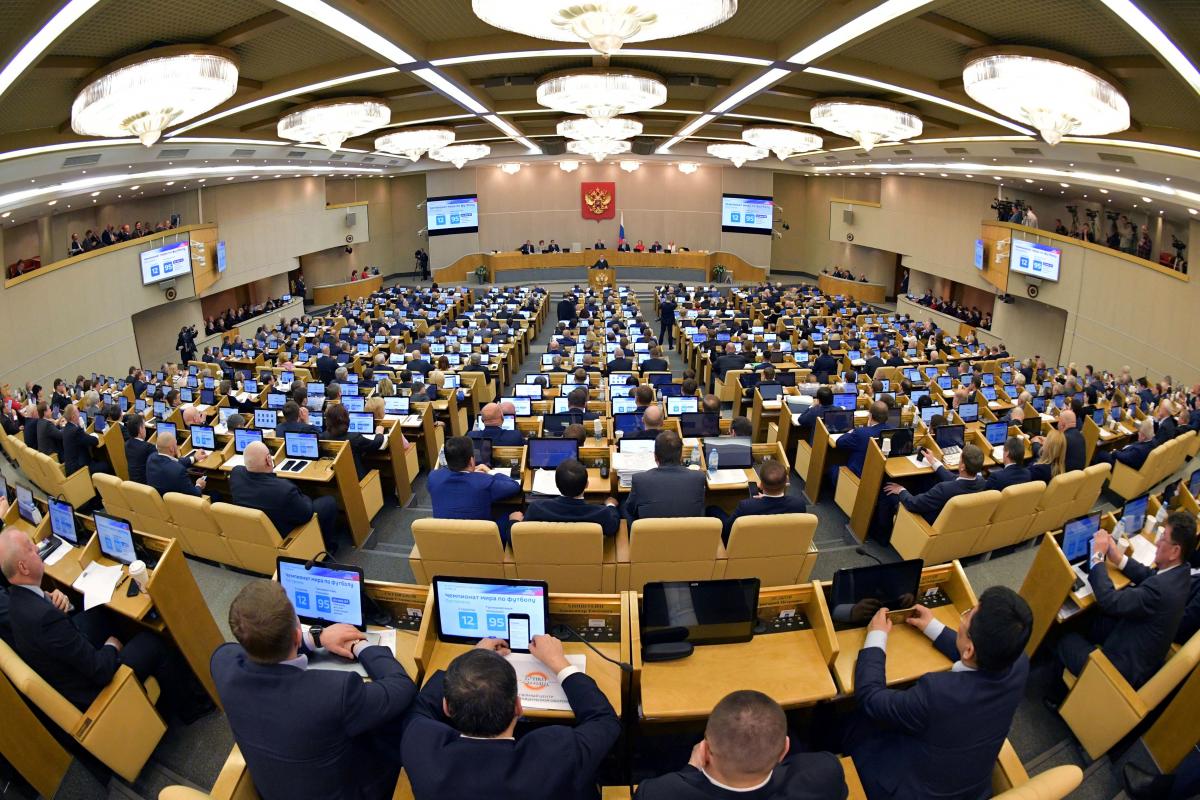 Nearly 400 proposed amendments were received, of which just 200 were considered.

Members of Russia’s State Duma, the lower house of parliament, have passed constitutional amendments that include letting the current president, Vladimir Putin, stand for re-election in 2024.

On Wednesday, parliamentarians passed constitutional amendments, with 383 deputies backing the bill, none voting against it, and 43 abstaining from voting.

"Changes that are made are necessary given today's challenges and the request of society," TASS quoted Vyacheslav Volodin, the speaker of the Duma, as saying.

The approved constitutional changes have made headlines since mid-January, when in his annual state-of-the-nation speech President Putin proposed the changes, such as transferring some powers from the presidency to parliament. Putin proposed imposing a two term limit on future presidents, and allowing parliament, instead of the president, to appoint the prime minister and cabinet officials.

Nearly 400 proposed amendments were received, of which just 200 were considered. Among those endorsed by lawmakers was one put forward by Valentina Tereshkova, a parliamentarian who as a Soviet cosmonaut became the first woman to voyage into outer space in 1963.

Tereshkova offered to scrap Russian's two-term limit for presidents or restart the term count to let the current president stand for re-election, claiming that doing so would create a "guarantee of stability."

"This, among other things, will cool the fervor of those who are already trying to intrigue, rock the situation," TASS quoted Tereshkova as saying on Tuesday.

President Putin endorsed the idea on the condition that the Constitutional Court upholds such an amendment as being legal.

"This amendment will only be possible under one condition: if the Constitutional Court of the Russian Federation provides an official ruling that this amendment does not contradict the principles and the main provisions of the Constitution," Putin said when addressing the State Duma on Tuesday, according to the Kremlin’s official website.

The amendments that passed the Duma’s readings have also been approved by the Federation Council – parliament’s upper house, Russian regional parliaments and then by President Putin before being put to a public vote, scheduled for April 22.

Putin is currently serving his fourth presidential term. Some analysts speculate that Putin, who has been in power since 2000, announced constitutional changes to remain in the Kremlin in perpetuity after his current six-year term expires in 2024.

"Putin now looks likely to run for president again when his term expires in 2024, rather than retaining power by transitioning to an alternative office," CNBC quoted analysts at Eurasia Group as saying on Tuesday. "The amendment [allowing him to do so] will almost certainly get the required approval from the parliament, the court, and the public in the vote planned for 22 April.”